Difference Between Insulin and Glucagon 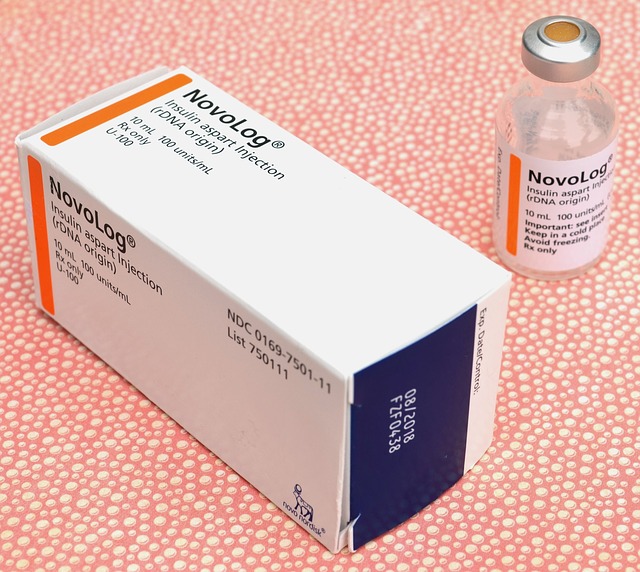 Insulin is a hormone that is produced by the beta cells of the Islets of Langerhans of the pancreas in response to high levels of sugar in the blood.

Molecular structure of of Insulin:

Insulin is made of amino acids and consists of two chains named an A chain and a B chain, that are joined together by sulfur bonds. Insulin is produced from a proinsulin hormone that actually has three amino acid chains. An enzyme modifies the hormone in such a way that only the A and B chain remains to form insulin.

Diabetes is an illness in which there are problems related to insulin. In type 1 diabetes insulin is not released while in type 2 diabetes the insulin is produced but cells no longer respond to the insulin. Diabetics may have to take insulin injections to compensate for a lack of insulin. 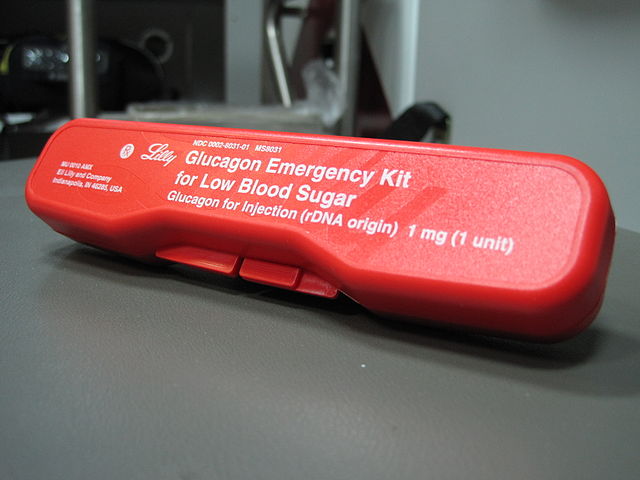 Definition of of Insulin:

Glucagon is a hormone produced by the alpha cells of the Islets of Langerhans of the pancreas in response to low levels of sugar in the blood.

Molecular structure of of Insulin:

Glucagon is a protein that consists of a series of 29 amino acids that are linked together. Glucagon is produced by modification of a proglucagon hormone. A prohormone convertase enzyme modifies the proglucagon to form glucagon.

Glucagon acts to increase the levels of glucose and fatty acids in the blood. It also causes the liver to break down and convert glycogen into glucose in a process called glycogenolysis. The result is that blood glucose level will increase.

The presence of a tumor in the alpha cells of the pancreas can result in too much glucagon being produced. Cirrhosis of the liver can also result in high glucagon levels (hyperglucagonism).

Difference between Insulin and Glucagon 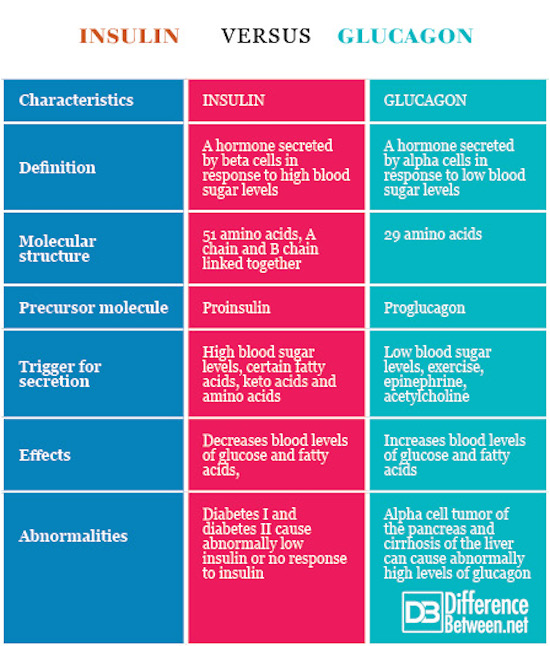 Summary of  Insulin Vs. Glucagon