Differences Between Motivation and Inspiration 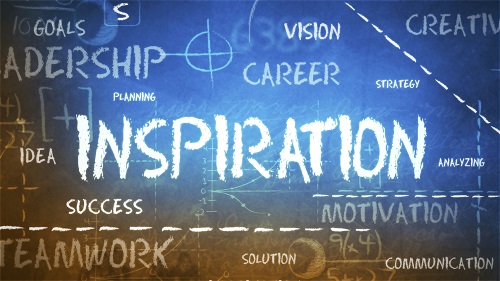 People come across the terms motivation and inspiration quite often during the day, and many of them begin to use those terms interchangeably, as if they were synonyms. However, they’re not – they have, in fact, two completely different meanings. These meanings can be better understood by looking at the origin of each term.

Motivation stems from the Latin term “motivus”, which means moving. And motivation is exactly that, something that moves us towards accomplishing a goal or doing any other action. In other words, it’s the driving force, that pushes us forward.

In order to have motivation, you need to have a motive. That motive can be rooted in anything, you might want to do something for your own good, or for someone else’s, or you might have a completely different motive for doing something – the options are limitless and highly dependent on individual cases, but the core idea remains the same.

On the other hand, there’s inspiration. This term carries quite a lot of ambiguity and can be used to describe several things that are not completely similar. Therefore, I’ll only focus on one, most common meaning of the term inspiration, and that is artistic inspiration.

I’ll briefly go over psychological inspiration, but, since it’s not a very common research topic in psychology, I’ll mostly focus on the artistic inspiration and inspiration in general. Namely, inspiration is mostly regarded as something that happens in our minds, on the “inside”. Looking at the origin of the term can be helpful here as well – “inspirare” means “to breathe into” in Latin, and pretty accurately describes what inspiration is. In other words, it’s a kind of “inner awakening”, a sudden burst of creativity and productivity that was triggered by something – an event, another piece of art, a book, a movie, etc…

Now it can be easier to see that these are, in fact, two completely different terms. The main difference comes from the fact that motivation is something “outward”, a goal to which we strive, and the force that pushes us towards that goal, whereas inspiration is something “inward”, a sudden burst of creativity and productivity that is triggered by something on the outside that connected with our personality and resonated well with it. 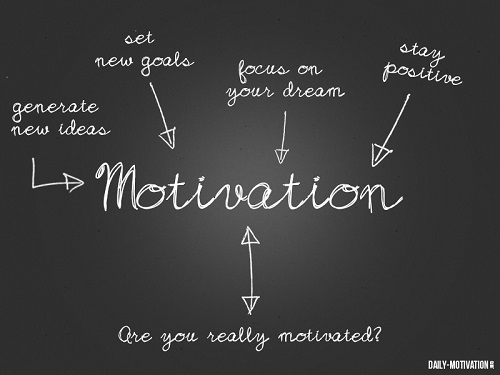 Motivation was extensively researched in psychology (as opposed to inspiration), and currently there are several theories that describe it in different manners. The theory most commonly referred to is the incentive theory. The incentive theory distinguishes between intrinsic and extrinsic motivation. Intrinsic motivation is the thing that attracts us to new challenges, the thing that makes us feel the need to gain new knowledge and realize just how capable we are, as well as research our boundaries.

As I’ve mentioned above, the term inspiration carries a lot of ambiguity. It can have different meanings depending on the context – it can be artistic, biblical, creative, psychological… the list goes on. Therefore, I will focus on the most common and well-known kind of inspiration, the artistic inspiration. There are many songs that were written since the ancient times about their writers finding inspiration in their muse – which was usually a woman, but it can be anything that brings them inspiration and allows them to create art freely. The concept of the muse can be used to describe what artistic inspiration is. Basically, something that we perceive in a certain way (read, see, hear, smell…) can evoke a feeling of ecstatic creativity and will to create something new. These triggers are unique for each person, and can practically be anything, as long as it somehow carries a deeper meaning that resonates well with the person’s own mentality.

Differences Between Motivation and Inspiration

This is what I referred to as being “inward” our “outward”. Motivation comes from external factors. These can be extrinsic, such as rewards or social status, or intrinsic, such as our stubbornness to solve tough problems that we see as a challenge and push ourselves over our limits. Inspiration, however, comes from within a person. Therefore, motivation is more closely connected to external stimuli, while inspiration is based on the internal stimuli.

Motivation has been extensively researched and is a very active scientific area, whereas inspiration hasn’t been researched much further since Carl Gustav Jung tried to define it.

Summary of Motivation and Inspiration

Dr. Howard Fields
Dr. Howard is a Clinical Psychologist and a Professional Writer and he has been partnering with patients to create positive change in their lives for over fifteen years. Dr. Howard integrates complementary methodologies and techniques to offer a highly personalized approach tailored to each patient.
Latest posts by Dr. Howard Fields (see all)
Share Tweet Pin Mail
Categories: Health, Psychology
Tags: Inspiration, motivation
previous post Differences between Personal Property and Real Property
next post Difference between Pork and Bacon