Difference Between Ascending and Descending 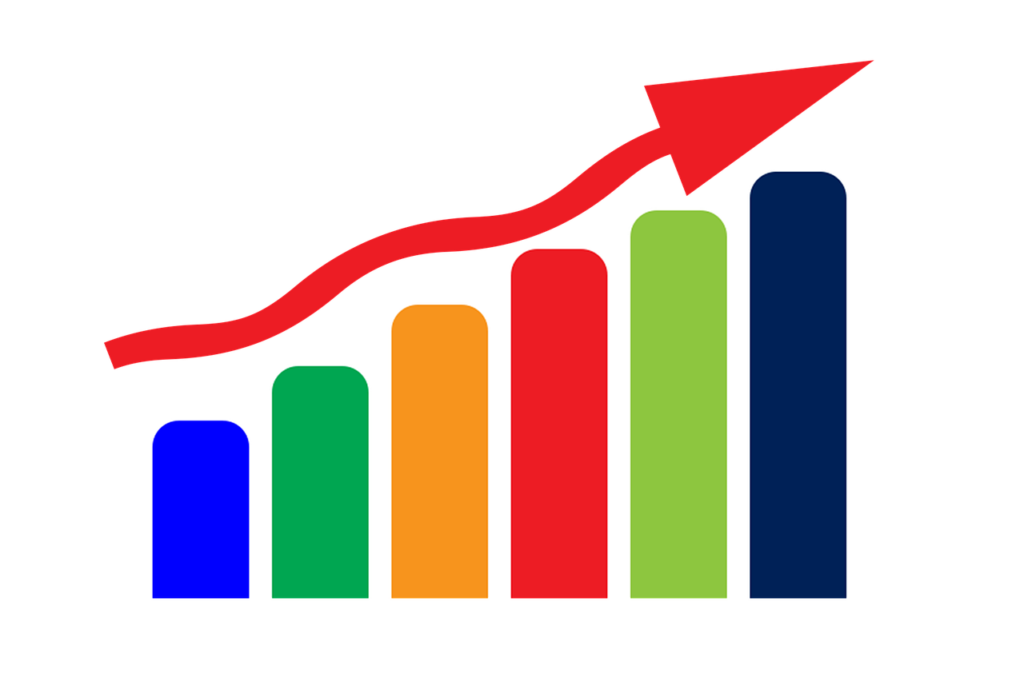 The words ascending and descending are used to describe the order of numbers or measurements as they increase or decrease in size.  The ordering is relative to the numbers or measurements within the group presented for classification.  Ascending refers to an increase in size or amount, while descending is a decrease in size or value of the set of measurements.  These two terms are opposite to one another, they are antonyms.  They usually refer to the same concept, but highlight the opposite action or end result.  Climbing is a good comparative activity because climbers may ascend or descend a mountain slope.  Numerically, any group of items can be set in order as an ascending or descending list.  The numbers or mathematical series is compared by the value or size of the number.  The terms ascending and descending are used in anatomy, climbing jargon, alphabetically, musical scales and aviation technology. 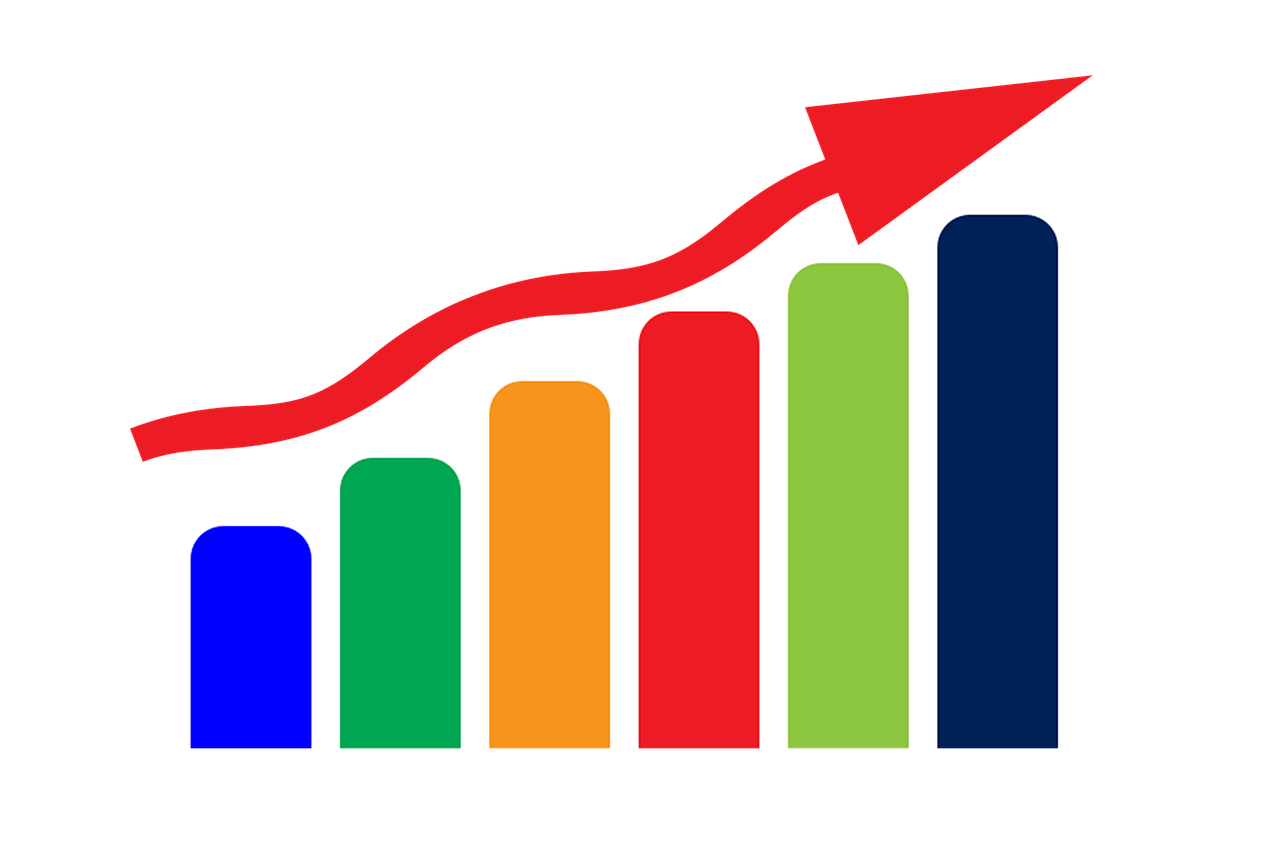 Ascending refers to moving upwards, climbing up or increasing.  The root word of ascending is ascend and  ascending is used as a verb to describe the act of moving up or climbing upwards.  Ascending  a stairway or a mountain to reach the top is a good example.  Ascending becomes an adjective to describe the order of numbers.  Ascending order shows the increase in the value of numbers, metric measures and other mathematical concepts.  Knowing how to arrange items in ascending order is a skill taught to children in school.  The concept of ascending applies to the motion of an aircraft as it ascends into the sky, after take off.  Ascending may be used figuratively to describe the climbing of social ladders or the rise of a monarch, as he or she, ascends the throne to rule the country.  Ascending always refers to an upward motion or concept.  Synonyms like arise, aspire, climb and mount help to understand the meaning of the word ascending.

How is ascending used? 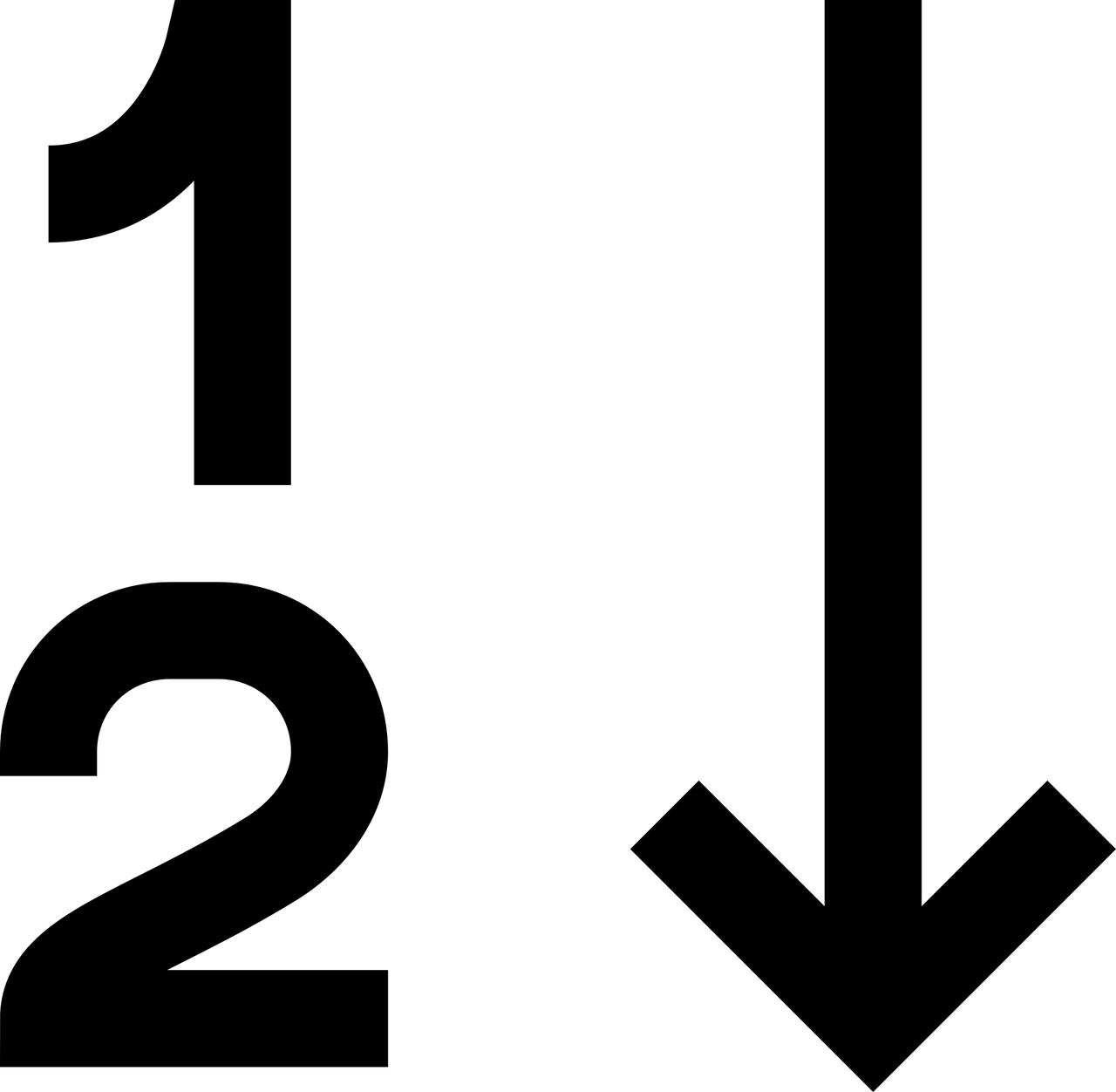 Descending is the complete opposite action from ascending.  It is a verb with the root word of descend.  It can be used as an adjective to describe the descending order of numbers.  Musically, a descending order of notes or scale, would take on a deeper lower pitch as the order of keys moves down the musical instrument.  Descending is used in medical terms as well as in aviation and all for the opposite actions compared to ascending.  Descending has a downward more depressing emotion of feeling ‘down’ or negatively feeling at a loss.  Climbers descend from the mountain tops and planes descend before they land.  Descending is completely the opposite of ascend in every aspect of its word usage.

How is descending used?

Differences in literary use between Ascending and Descending

In summing up the differences between the two words it is very clear that they are opposite in every situation.  Wherever the word ascending is used, if it should be replaced by descending, the opposite order of events will be expected.  Ascending a mountain means to climb up and descending brings the climber down.  Ascending would imply a lifting up of emotion and spirits while descending implies a characteristic mood change, a feeling of depression and sadness.

Plato, in his work called Allegory of the Cave, used the terms ascend and descend figuratively to refer to the effect of education or the lack of it.  He wrote, ‘It is the task of the enlightened not only to ascend to learning and see the good, but to be willing to descend again to those prisoners and to share their troubles.’  in this way he compares both words to each other and brings out their opposite characteristics in one statement highlighting an attitude of people with understanding and learning.

The use of a climax, or ascending turn of events, adds excitement to a literary piece.  The use of an anti-climax, called bathos, is the dramatic use of a sudden drop from grandeur to descend into the common place.  This is an anti climax.  ‘I have neither gold nor silver or bronze – but I give you this chewing gum!’  is an example of bathos and anti-climax.  A complete descending of emotion in the situation. 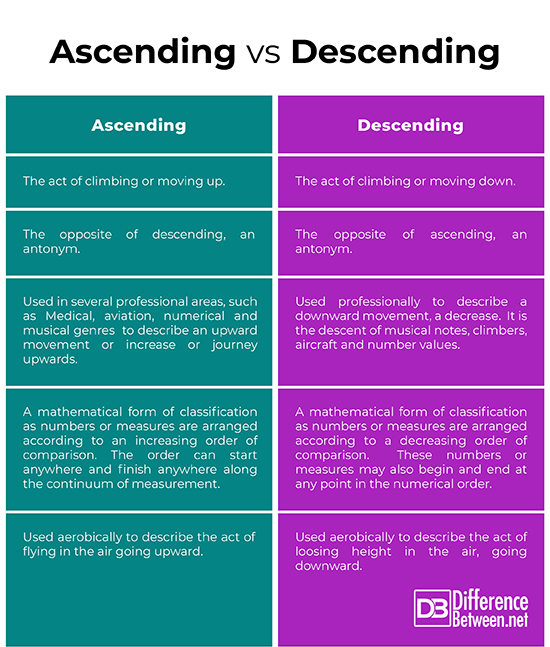 Summary of Ascending vs Descending: