Difference between Coyotes and Foxes 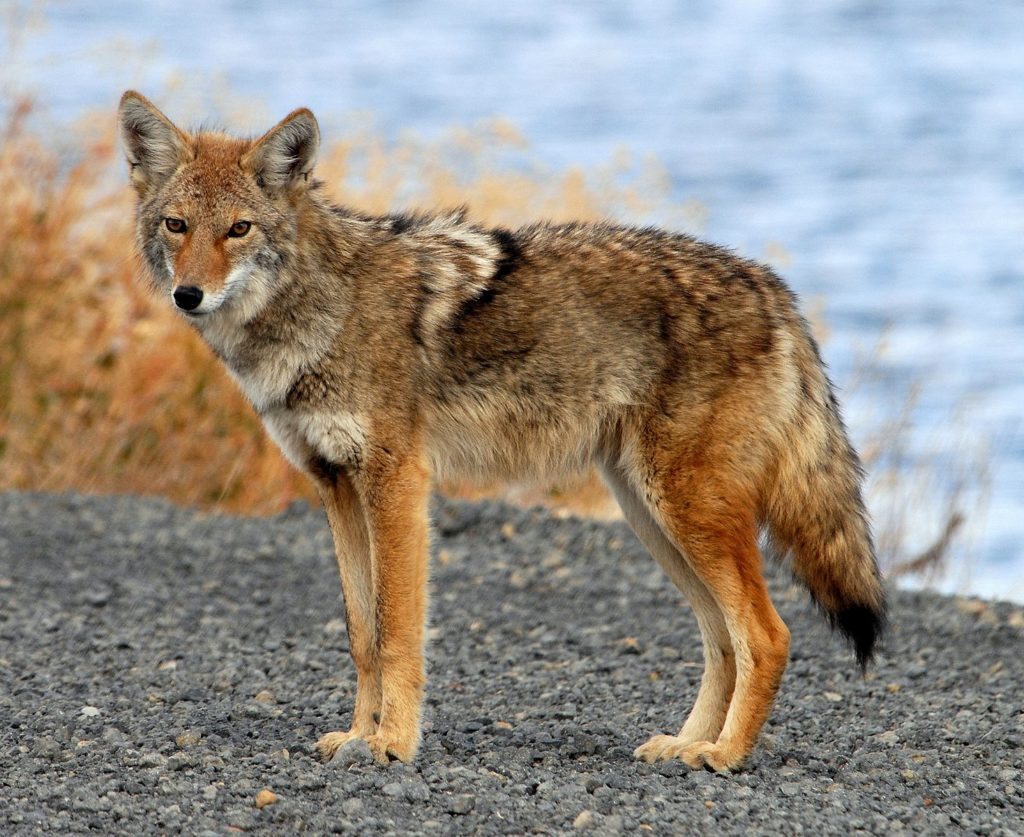 Coyotes and Foxes are members of the same family, the Canidae – known as the canines. Given the chance to spot them in their habitats, it may be challenging to spot the difference between a coyote and a fox because of their similarities at a glance. But, looking closely, one would firstly notice that coyotes are much larger than the foxes. 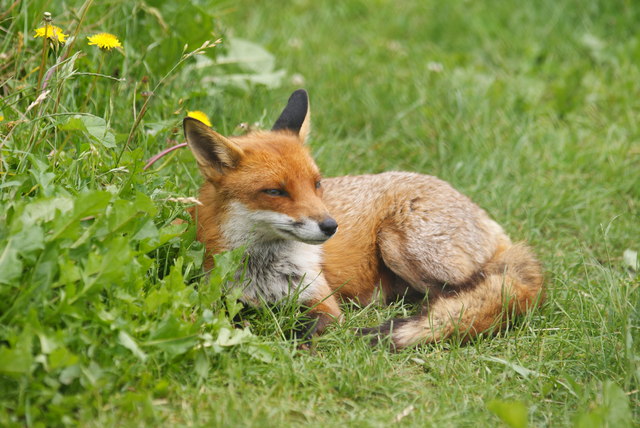 Foxes are present in a variety of species. Usually, the gray and the red foxes are prevalent in North America, Canada, South America, Europe, Asia and even Africa. They are highly versatile and adaptive canines that can occupy diverse habits, be it the grasslands, the desert, mountains or the forests. Some even find refuge in habitats that are in close proximity to human beings because of the fear of coyotes if they invaded their territory.

Although the color variations may differ, especially between the gray and red fox, foxes are generally noticeable with a pointy tale and thick muzzles. Being the smallest canines, they weigh between 8 and 20 pounds. They live solidary lives most of the times and hunt alone, but can meet during their mating season. Winter marks their mating season and 2 to 12 pups are brought to life.

Foxes have a 52-day gestation period. After birth, the pups are kept in the den within the initial 3 weeks while being fed. In the 4th week, they start popping out of the den but still under watch by their parent. Then after 6 months, they transition into adulthood where they can start finding their mates and living independently.

With regard to diet, foxes can feed on both small animals and fruits. They hunt for rabbits, birds, reptiles, snakes, insects and other small mammals. Because of their compactness, they are incapable of hunting deer, sheep, goats, etc. They often save the remains to consume them the next day, but coyotes usually steal the food. 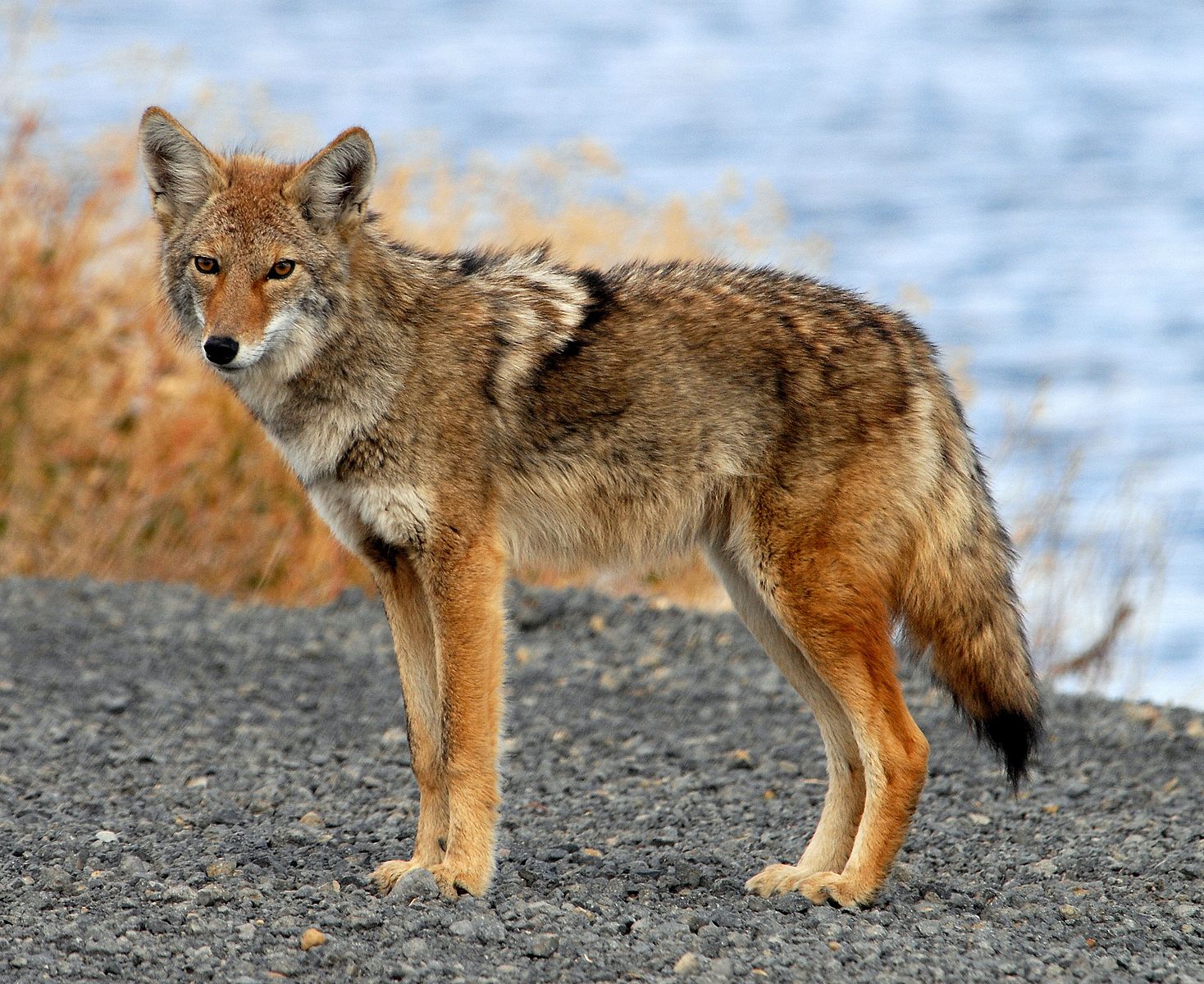 Appearing with a black tip on the tip, shorter tail than the body and an orange behind the ear tips, coyotes are the big brothers to foxes. They weigh up to 47 pounds, which is much larger than the foxes. Because of this size, they are capable of hunting bigger animals such as the deer than foxes would. Some of their diets overlap, such as eating the rabbits, reptiles and other small mammals. This explains why you will seldom find coyotes and foxes in the same habitat. In some cases, coyotes can prey on foxes and their cubs. Coyotes can also prey to other big cats such as tigers, bears and even their bigger brothers, the wolves.

Coyotes are described by a light gray, red, white and black-colored fur. There could be color variations depending on geographical locations. The body length extends to 40 inches. Their snout is long and thin with triangular ears and a bushy tail. At the base of their tail sits a bluish-black scent.

Unlike foxes, coyotes usually live in packs. They mate in mid-January to February and have a 60-day gestation period. The female gives birth to 2-10 pups which may survive with their moms away after 7 weeks. In their 7 month, the cubs can accompany their moms to hunting.

Just like the foxes, coyotes can also adapt to diverse habitats. They are known to invade the foxes’ habitats and can even occupy their dens during gestation period. They can also be found in North and South America, Europe and Asia. And their habitats include the mountains, grasslands and the deserts.

Key Differences between Foxes and Coyotes

Appearance of Foxes and Coyotes

Foxes are the small canines weighing around 8 to 20 pounds. They have slanted eyes, upright ears, long tail, short limbs with an elongated body and a flat skull. Coyotes, on the other hand, weight from 20 to 46 pounds and have a long snout with triangular ears. They are larger than foxes but smaller than the wolves.

Diet of Foxes and Coyotes

Both foxes and coyotes have overlapping diets. Because of their larger body, coyotes are capable of killing the deer. These two species can feed on rabbits, lizards, snakes, reptiles and other small mammals.

Behavior of of Foxes and Coyotes

Foxes are solitary animals; they only live with the female when it’s mating time. Coyotes are social animals that live in packs. Foxes are nocturnal animals whereas coyotes can also hunt during the day. 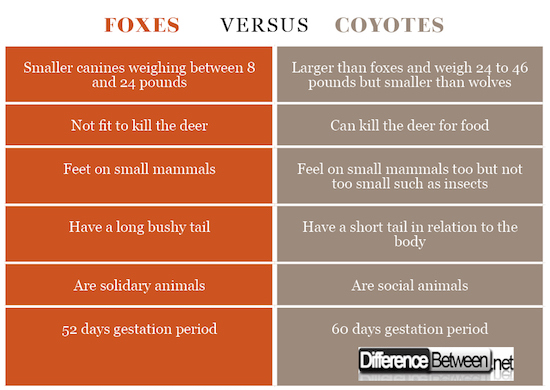 Summary of Foxes and Coyotes