Difference Between Eagle and Hawk 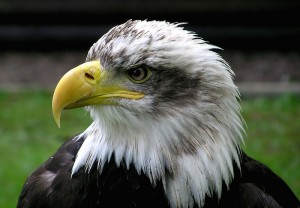 It’s hard to admit it but many are really confused about the real difference between an eagle and a hawk. People around the world just identify any huge flying bird to what they are accustomed in calling them. Nevertheless, if there is a popularity contest, the eagle will surely win by a landslide as more people know about the term eagle compared to the hawk. But little did these individuals know that there really are some differences between the two, it’s just difficult to pinpoint the disparity by just taking a glimpse of these birds at a far distance.

Experts on birds would often generalize that the simples way out of this confusion is accepting that eagles are generally the larger birds compared to the hawks. However, even with this assumption it is still difficult to distinguish the two whenever you happen to compare the smallest specie of eagle to the largest hawk class. As a result, there’s an overlap in the assumption above because some hawks (dependent on specific type) are larger than some eagles. For example, the Red-tailed Hawk (a large hawk specie) is actually bigger than the Australian Little Eagle (one of the smallest eagles in the world). It is probably because of this example why the confusion always sets in. With regard to the Red-tailed Hawks, they almost have an identical set of tail and wing shapes with most eagles. 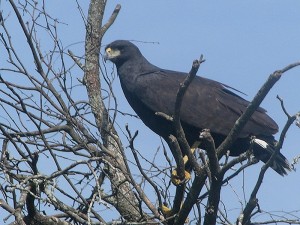 In another sense, it is actually safe to say that they are also the same birds (at least, belonging to the same family) because there is no clear taxonomic differentiation yet between the two. It’s just a matter of memorizing the looks of certain eagles and hawks that spells their distinguishing physical characteristics. In this connection, both birds can fall under the taxonomic order accipitriformes although the eagle can also have another branch order named falconiformes.

With the eagle’s size comes the next obvious characteristic which is in terms of power. Yes, eagles are undoubtedly the more powerful bird compared to the hawk. The huge size of the eagle’s wingspan is usually the living testimony for their sheer power. The largest eagles are said to possess a wingspan of as long as 8 feet. Hawks, on the contrary only grow a maximum wingspan of about 5 feet and below.