Difference Between Eagle and Kite 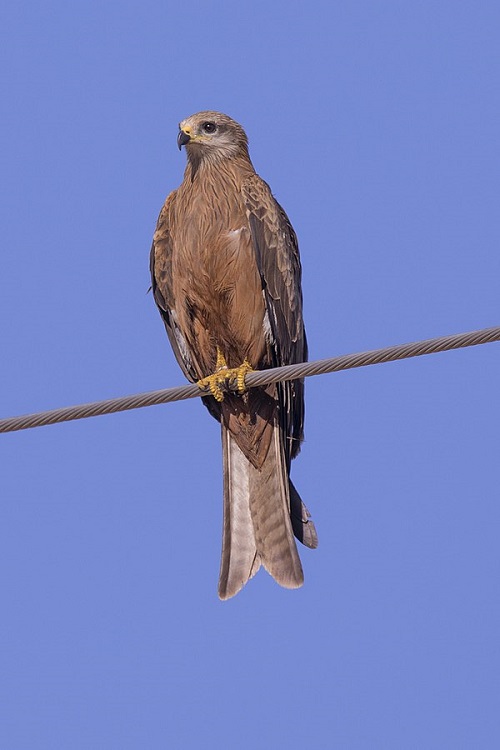 The number of birds species in the world ranges between 9,000 to 10,000. This makes it very hard for individuals to tell the difference between the types of birds despite coming into contact with these birds often. Eagle and kite are some of the species that have a significant number of variations despite portraying some similarities.

An eagle is a prey bird that is famously known for its size and weight. It has distinct characteristics such as great vision and speed. The eagle eye is the strongest of all in the animal kingdom, with an eyesight approximately 4 -8 times stronger than the average human. No wonder we call it “eagle eye”. Interestingly this bird can prolong its life by growing new feathers, beak, and claws.

A kite is a prey bird (belong to a family called Accipitridae) that is known for its V-shaped tail, which has a fork end. There are differently types of kites such as Elanus and the milvine and they are  called “hovering kite” and “soaring kite”. Besides, kites are smaller and weight little to moderate weights.

Difference Between Eagle and Kite

One of the main difference between an eagle and a kite is the number of species between the two birds. There are currently two known species of eagles. One species operates on the land surface while the other species operates on water. On the other hand, the number of kite species ranges between twenty to thirty. This explains why an individual is likely to come across a kite rather than an eagle. People are only exposed to the land eagle but have rarely been exposed to the sea eagle.

The two birds have different sources of food. The food eaten by eagle will vary depending on whether it is a sea eagle or a land eagle. However, eagles are known to feed on fish, snakes, medium and small vertebrates, ground mammals and other birds. Kites have no particular feeding program and are known to snatch food from other birds. This explains why large numbers of kites are seen following other birds with the intention of seizing food from them once they catch prey.

Kites and eagles have different colors which one of the main physical difference between the two birds. Kites are likely to be found with colors like black, white, gray, and brown among others. It is important to highlight that male kites have a different color from their female counterpart. On the other hand, eagles vary in color. Some of the common colors among eagles include golden, blackish-gray, and brown. Moreover, the bald eagle is known to have a white head and a white tail.

The other method that can be used to differentiate between an eagle and a kite is the way they hunt. Although kites are known to be scavengers where they snatch prey from other birds, some species are commonly known to hunt insects, reptiles, and small mammals. O the other hand, eagles are not scavengers and they are known to be skillful hunters. Eagles use their vision and speed to grab a prey through ambush techniques without landing and take flight with it after which it is carried to a perch for feeding. Eagles are known to even go for larger preys, which include kids (young one of a goat), rabbits, and squirrels. They can also manage to catch other birds while both are on freight, which is a show of might and hunting techniques.

The two birds lay eggs of different color and numbers. Kites are known to lay a significant number of eggs, which range from two to seven. Other species are known to lay even up to ten eggs depending on their feeding and habitat. The color of the eggs is blue or white, but they are usually spotted with brown dots. On the other hand, eagles lay white eggs irrespective of their species. Moreover, the number of eggs cannot exceed two.

Both kites and eagles can be differentiated by their weights and sizes. Eagles are known to be one of the biggest flying birds which significantly large weights. This is not the same for kites because they are known to be smaller and have small weights. However, it is important to highlight that female kites and female eagles are larger and weigh more than their male counterparts.

Summary of Eagle and Kite