Difference Between Pity and Compassion 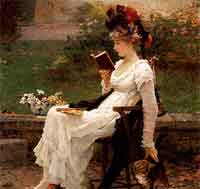 Human emotion is the expression of an individual’s psychological and physiological experiences. It can show a person’s personality, mood, temperament, motivation, and overall disposition. It can instigate an individual’s behavior and influence how he reacts to certain people and situations.

Humans share five basic emotions: fear, anger, disgust, happiness, and sadness. Sadness or sorrow is an emotion that stems from an individual’s frustration over an object, a person, or a situation. It is the basis for the emotion of pity.

Pity comes from the Old French term “pite” which means “duty,” from the Latin word “pietas” which also means “duty,” and “pius” which means “dutiful.” It is defined as a feeling of sympathy or the capacity of sharing in the sorrows and troubles of another individual or an animal.
It is aroused by the knowledge of the suffering and misfortune of another and stimulates him towards a positive action such as extending physical, emotional, as well as financial aid to the suffering individual.
In order for a person to feel pity towards another, he must have experienced the same predicament and feel that the person suffering does not deserve his fate. Sometimes pity can be tinged with contempt and dislike, but benevolent pity is more commonly felt especially by those practicing Christianity.
It is important to be very careful in showing pity because it can sometimes worsen an individual’s feelings of sorrow and draw him towards feelings of depression and self-pity.

Compassion, on the other hand, is considered by most religions as one of the greatest virtues man can have. It is seen as a part of the emotion of love and as a foundation of humanism, the study of human values and concerns.
It has depth, passion, and vigor and is distinctly apparent by an individual’s great desire to alleviate another’s suffering or misfortune. It has the attributes of being merciful, kind, and forgiving, oftentimes showing empathy as well.
The term “compassion” comes from the Latin word “compassio” which means “co-suffering” and “compati” which means “to suffer.”