Difference Between Crush and Love 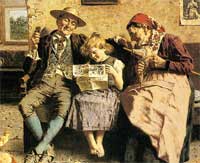 Love is an emotion. When a person has a very strong personal affection or attachment towards another person, it is called love. Love is believed to be unconditional. No matter how perfect or how faulty the object of love is, they are always loved by the one who loves. It is an emotion which binds people with each other for a lifetime.
Philosophically, love is considered a virtue. All the human emotions like kindness, affection, or compassion towards others is considered love.
Love is an idea which is central to all religions. Hindus, Christians, Buddhists and many other religions refer to love as “God” and “God” as love. The idea of oneness with God can be described as love for God.
It can be described as an action; love is an act of affection towards someone. The action can be displayed out of a feeling of compassion or as a feeling of affection towards someone.
In the English language, love can be described as a feeling towards someone, or a state the person is in, or an attitude of a person towards another. The range of feelings related to love is vast. It can mean simple pleasures like the pleasure of food. It can refer to romantic affiliations, platonic or sexual. It can also refer to the love in a friendship. In other languages like Hindi, love experienced by people sharing different relationships have very specific terms. The love of a mother towards her child, love of a wife towards her husband, love for elders, love for the young, and love for friends are all commonly used and are different from each other.
Scientifically it can be explained as a state of mind necessary for survival. It depends on the secretion of chemicals in the brain. It is supposed to maintain the continuation of the human race through procreation.

A crush can be described as a very strong attraction towards someone; it is infatuation for a very short period of time. A crush usually is based on a person’s appearance or the way the person talks or walks or some particular behavior which is admired intensely by another person. It is short-lived.

1.Love is long lasting; it can keep two people together for a lifetime. A crush is very short-lived; it wears out.
2.Love can be described as a feeling towards a person depending upon the relationship shared between two people. It can be love towards children, parents, a partner, or God. A crush is infatuation; it refers only to the concept of being physically attracted to a person.
3.Love is considered a virtue; a crush might be considered a vice as it is a very innocent form of lust.