Difference Between HDMI and Component 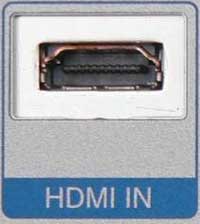 HDMI vs Component
Digital information has been slowly but surely starting to become the standard in almost all of the devices that we are using today. HDMI or High Definition Multimedia Interface is one of the technologies that are just beginning to gain widespread acceptance and use. HDMI is a standard for interfacing multiple devices like players, TVs, computers, and video game consoles. Component is an analog means of transporting individual signals from one device to another.

Component needs a single line for each of the data streams that it needs to transmit. So for video and stereo sound you would need to have 5 lines. HDMI uses a single cable to transmit an SD or HD video signal, a Consumer Electronics Connection, and up to 8 channels of audio signals. This makes it less of a hassle to connect your devices together since you would only need a single cable to connect two devices instead of over five.

HDMI is also the preferred connection when using LCD displays. LCDs are digital devices that need digital data to display. Component might be good enough when your source is analog, but when you are passing digital information from a Blu-ray player or your computer to your LCD display, HDMI keeps the data identical from the source to your screen. If you use component, the source would have to convert the digital data into analog signals and the LCD display would need to convert it back to digital so that it can be drawn on screen. A significant amount of data is lost in these conversions making the final image an inferior version of what was originally sent out.

Aside from the cabling, HDMI also offers a significant advantage in keeping the integrity of the data intact since digital signals do not deteriorate in the traditional sense. Even if the signal deteriorates by a small margin, it is not significant enough to change the output, the receiving device can still figure out whether it is a 1 or a 0. Analog signals are very prone to noise introduced from outside that might produce static in the final output; this is because the analog signal is the actual data to be displayed. If there is any change in the signal, there is no way to detect or correct it before appearing on the screen.

Summary:
1. HDMI is digital while Component is analog
2. Component needs many wires whereas HDMI only needs one
3. HDMI is best for digital devices
4. Component is more prone to environmental factors that cause distortion