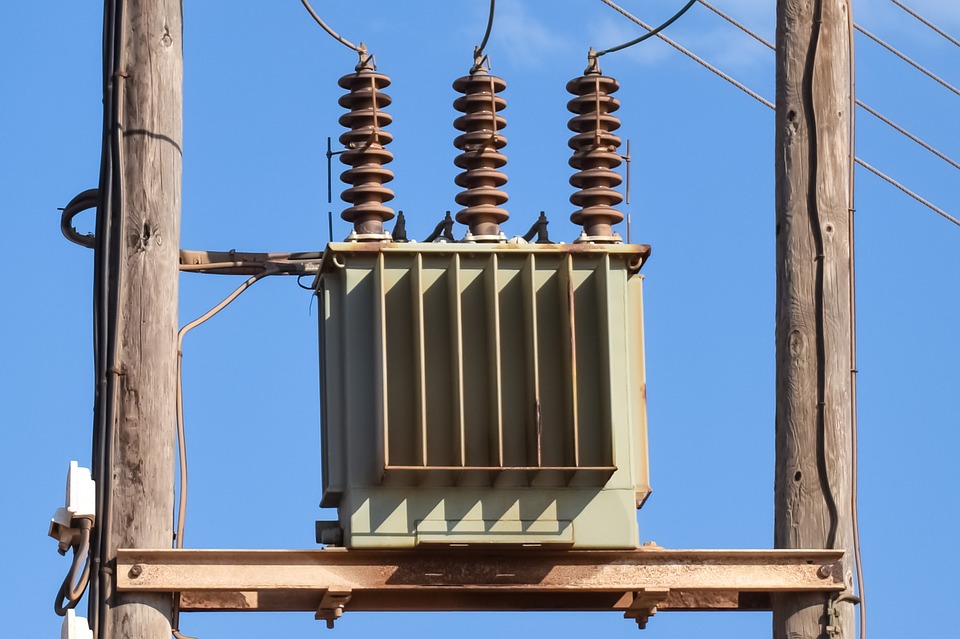 The transformer is an electrical device that, by means of electromagnetic induction, converts an alternating current system into one or more alternating current systems of the same frequency, but with different current and voltage values. The role of the transformer in the power system is very important because it enables economical, reliable and safe generation, transmission and distribution of electricity at appropriate voltage levels.

What is Power Transformer?

Transformers are static electrical machines, where one level of electrical energy that is lead to all primary equipment of the device is being transformed into second level electricity in all secondary windings. The electricity is with equal frequency but with a phase shift for a certain degree.

The different levels of primary and secondary electric energy are achieved by different number of wires and are depending on the wires thickness. The number of the band is directly related to the induced voltage, while the thickness of the wire with the maximum induced current or transformer power.

Energy transformers play a very important role in the power distribution system. From a general standpoint the transformers are composed of three main parts: core, primary winding and secondary winding.

For multi-phase power transformers, the most common types of transformers are three-phased. Three-phase transformers may have different modes of primary and secondary coupling, and the basic types of coupling are the star (Y or Wye) and the triangular (delta) connection (D).

The windings can also be connected to a double star or a loop (Z). The difference between these types of couplings is in the line and phase values of voltage and current. According to the type of insulation, power transformers are divided into: 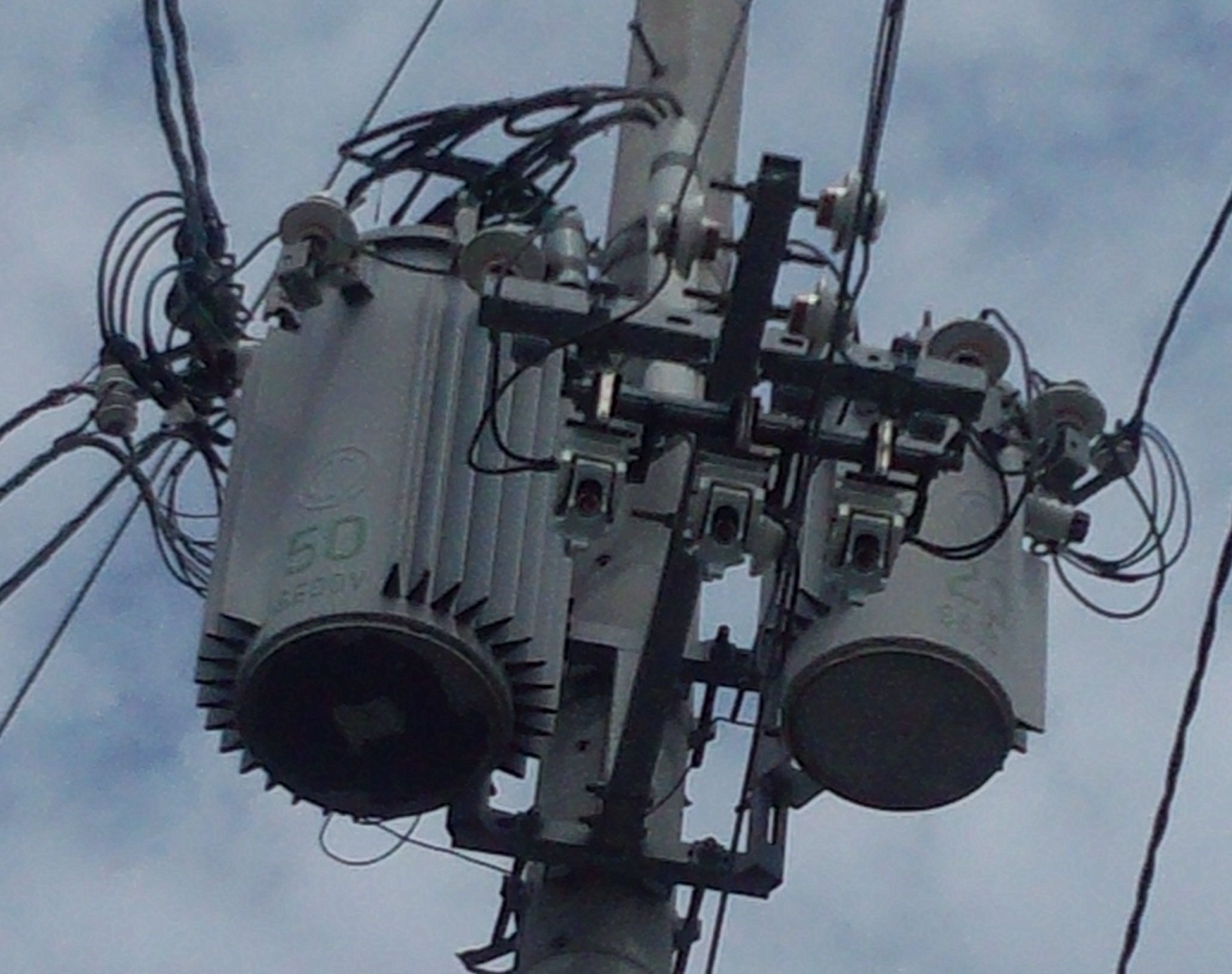 What is Distribution Transformer?

The distribution transformer transforms the voltage level to the end-line (final) value – right to the end consumers, thus being ready for immediate usage.

The most common core configuration for both energy and distribution transformers is with the “E” core kernels. Although there are huge number of variants of the form of the transformer lining (quality, type, thickness) and the technique for lining up the ramparts (step-lap and others), this type is considered classical and conventional.

The three pillars of a three-phase transformer are active which means that when the transformer is operating they are surrounded by windings through which the current will flow.

As voltage is produced in lower voltage ranges, but the transmission in that range has greater energy losses, the voltage levels need to be increased. A power transformer is an electrical device that step-ups the voltage, without changing the frequency in order to ensure efficient transmission of electricity. Distribution transformer, on the other hand, steps down the voltage at certain point in the system, where the electricity (voltage) is ready to be used by the consumers.

Power transformers are larger in size (and heavier) and are more difficult for installation.

Power transformers are directly connected, and are having pretty constant loading. Typically the iron and copper losses are matched to be optimal at maximum full load. In case of distribution transformer as the load fluctuates the losses are more variant in time – optimal losses are typically achieved at 75 % of full load. 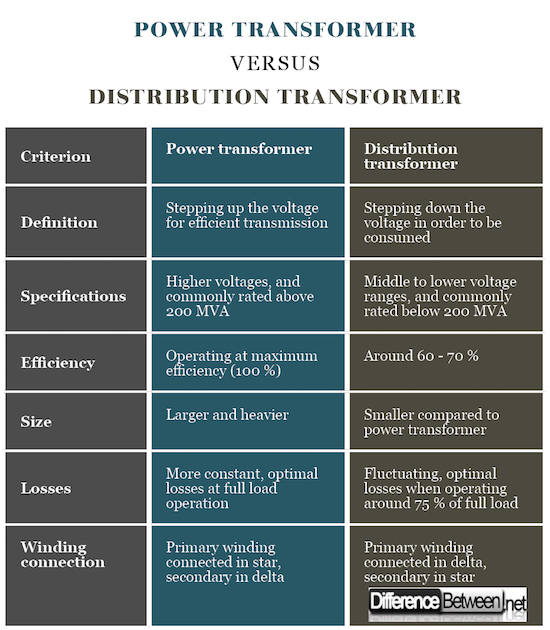