Difference Between Structure and Union 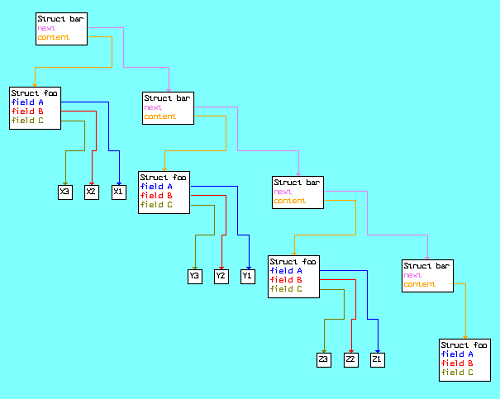 Both the structure and union are user-defined data types in C Language and are conceptually the same, however, they still are different in some ways like the way memory is allocated to their members. They are declared similarly but they function differently. They allow the user to combine different data types under a single name. While separate memory location is used for each member when declaring structure variables, the different members of a union variable share the same memory location. Let’s study the difference between structure and union is detail.

A structure is just another user-defined data type in C that allows the user to combine data types of different kinds into a single type in a block of memory. A structure can contain both simple and complex data types related to each other, which otherwise, won’t make sense. Each member within a structure gets its own memory location so that it can be accessed and retrieved at any time.

A structure is used when a lot of data needs grouping like a directory which stores information about many members in a book or an address book that stores all the information about a single contact – name, address, contact number, and so on. The address of each member will be in ascending order which means the memory of each member will start at different offset values. Altering the value of one member won’t have any effect on other members.

A ‘struct’ keyword is used to define a structure of different data types under a single name. For example, if you want to create an employee database, you’ll need to store employee’s name, age, phone, and salary details under a single entity. This is done by the keyword ‘struct’, which then tells the compiler that a structure has been declared.

Here, ‘employee’ is the name of the structure and two variables ‘emp1’ and ‘emp2’ are created of the type ‘employee’. The closing braces must be followed by a semicolon (;).

Members of a structure can be accessed by two types of operators:

It’s a special data type used in C that allows the user to store data types of different kinds in the same memory location. A union is quite similar to a structure and it can be defined by replacing the keyword ‘struct’ with the keyword ‘union’. The members overlay the memory of each other in a union and it is large enough to fit all its members.

The address is same for all members of a union which means every member starts at the same offset value. And altering the value of one member will affect values of other members. A union can be used when you wish to store something that’s one of several data types.

Difference Between Structure and Union

Separate memory space is allotted for the members within a structure and members have different addresses that do not share memory. A union, on the other hand, shares the same memory space for all its members so shared memory location is allocated.

A union stores a single value at a time for all its members making accessibility to only one member at a time. While multiple values can be stored in a structure so any member value can be accessed and retrieved at any time.

Outside his professional life, Sagar loves to connect with people from different cultures and origin. You can say he is curious by nature. He believes everyone is a learning experience and it brings a certain excitement, kind of a curiosity to keep going. It may feel silly at first, but it loosens you up after a while and makes it easier for you to start conversations with total strangers – that’s what he said."
Latest posts by Sagar Khillar (see all)
Share Tweet Pin Mail
Categories: Software, Technology
Tags: Structure, Union
previous post Difference Between Char and Varchar
next post Difference between Latin America and South America