Difference Between Java and C++ 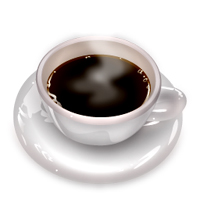 There is a significant difference in speed between programs written in C++ and Java. Since C++ programs are written in native code, it can take advantage of optimizations that are unique to the operating system. Java cannot do this because it may break compatibility with other operating systems. The virtual machine also takes some time to translate the Java bytecode into something that can be run on the OS, further increasing the time needed to execute each command.

Because of this, each of these programs are used to achieve completely different goals. Programmers who want to create large and heavy programs often opt to use C++ and create a program that can be run on a single operating system. An example of this is a game that uses heavy 3d graphics or image and video editing softwares. People who use Java do not really intend to make big programs but wants to maintain functionality across multiple platforms. The most prominent use of Java is in mobile phones where the operating system is much more varied compared to computers. Java sets standards that a mobile phone maker follows to allow the Java programs to work on their phones. Java is also very widely used in the internet. The Java runtime environment allows companies to publish applications on their websites that people can use. It executes on the server and can access resources on the server like databases.