Differences Between Barometers and Manometers 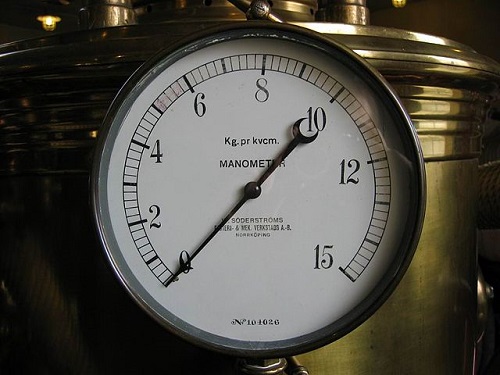 A manometer is a device that measures pressure, typically atmospheric pressure. Manometers have been used for centuries and come in a variety of designs, from older glass tubes containing mercury or water to new digital devices.

Differences between Manometers and Barometers

As a subdivision of manometers, barometers come in one basic design: a close-ended tube. Specifically, a traditional barometer is a glass tube with one open end and a vacuum at the other end. On the open end, atmospheric gases exert pressure on the liquid inside the tube. This liquid, usually mercury, will match the height of the pressure applied by the outside gases, as the vacuum on the closed end of the tube will not cause a change in the mercury’s height. 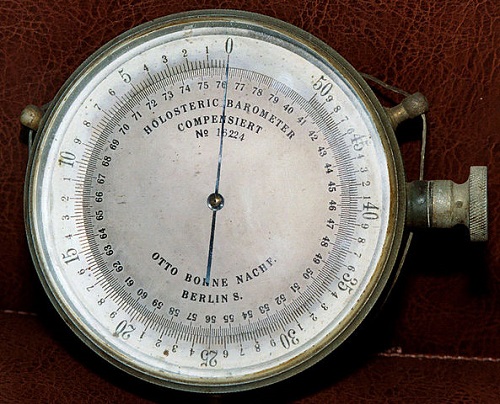 Barometers can also be digital or aneroid today, which makes them portable – traditional glass barometers need to be attached to a table or left standing. Aneroid barometers, like those that can be found in cars, may have a digital or clock interface. These barometers have a series of cells filled with air that rise depending on the atmospheric pressure. This pulls levers attached to the cells, changing the dial on the barometer’s interface.

Manometers can be open-ended, close-ended, or digital. An open-ended manometer is filled with a liquid like water or mercury, and the tube is U-shaped. Both tops of the U-shaped tube can be uncovered so that atmospheric gases apply pressure to each side. Open-ended manometers do not need to have equal-sized arms of their tubes, and can even have a well on one end.

In addition to the simple U-shaped open-ended manometer, many manometers have a bulb or some other attachment on one end that is filled with a high-pressure gas. This gas puts pressure on its end of the tube, while atmospheric gases do the same on the other end. Manometers can therefore measure different kinds of gaseous pressure.

Another more precise type of manometer is the inclined-tube manometer. This is an open-ended manometer that is typically inclined on a 1-inch vertical rise, with a well on the lower end. The incline allows for more precise measuring of low pressures.

In a close-ended manometer, one end of the manometer is attached to the high-pressure gas, and the other has a vacuum of gas instead of being open to the air. Barometers also fill this function, but measure only atmospheric gases.

Barometers are usually filled with mercury. A heavy liquid is needed, or the barometer must be extremely tall in order to show the relatively large changes in atmospheric pressure. In a digital or aneroid barometer, there is no liquid – there are instead cells of air.

Like barometers, glass manometers are generally filled with mercury or another heavy liquid. However, open-ended manometers can also be filled with lighter liquids that can show smaller changes in pressure. These liquids include water, oil, bromides, and benzenes. Using water or oil can fix the concerns with mercury, such as poisoning and toxicity.

Reading a mercury barometer is relatively straightforward. Because the open end is the only side affecting the mercury’s height, a user simply needs to read the marked height on the closed vacuum end. This should give the atmospheric pressure in millimeters or inches, which can be converted to torr. (For example, typical atmospheric pressure at sea level height on a mercury barometer should be 760 mmhg, or millimeters of mercury.)

If the manometer is closed on one end (creating a vacuum) and also attached to a high pressure gas, then, like a barometer, the pressure is simply the height of the closed arm.

The barometer’s close-ended vacuum is especially good for measuring atmospheric pressure. This has made the mercury barometer the traditional instrument for weather forecasting and meteorology, fields that depend on changes in atmospheric pressure to predict weather patterns.

Other types of manometers besides barometers can be used to measure pressures both lower and higher than atmospheric pressure. By attaching a bulb or other device of high-pressure gas to a manometer, the pressure of that gas can be calculated. In some instances, a barometer may still be needed to gauge the baseline atmospheric pressure, however.

Table of Differences Between Barometers and Manometers