Difference Between Counterbore and Countersink 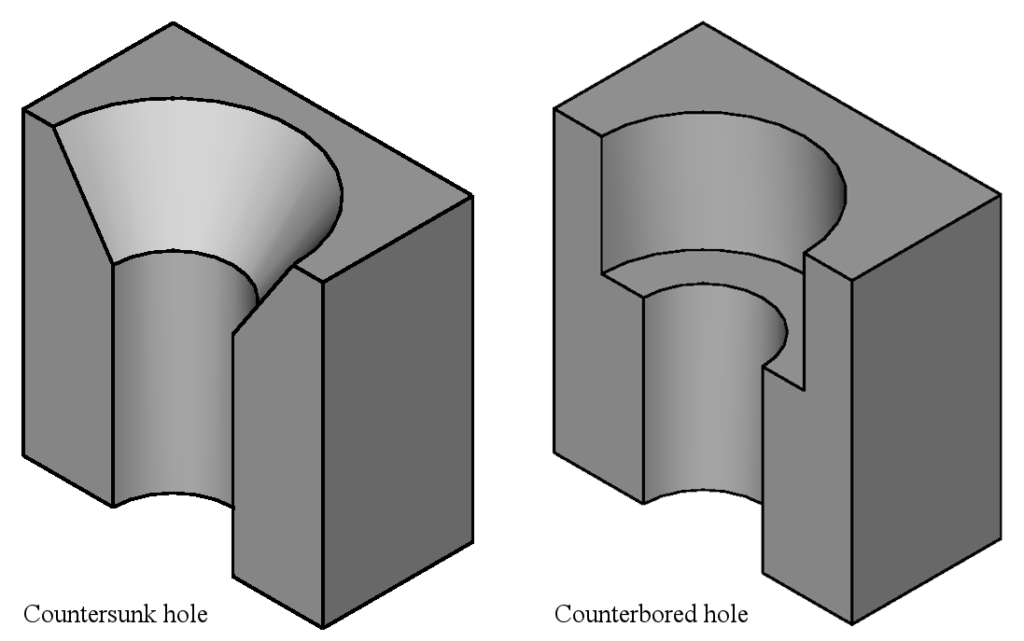 For most PCBs, some type of mounting hardware is required. For this purpose, most of the PCB fabrications incorporate non-plated mounting holes. The two most common of such holes are counterbore and countersink holes which are special PCB drilling requirements but usually interchanged for each other.

The two hole types refer to drilling methods that allow for fasteners to be fixed flush in line with the surface of a PCB laminate material. The process is usually by way of drilling out larger diameters for the top few millimeters of the hole so that the head of a screw can be housed snugly.

With the two, the confusion is always rife as to what each stands for. As such, seeking to draw a distinct line between them would help matters greatly. 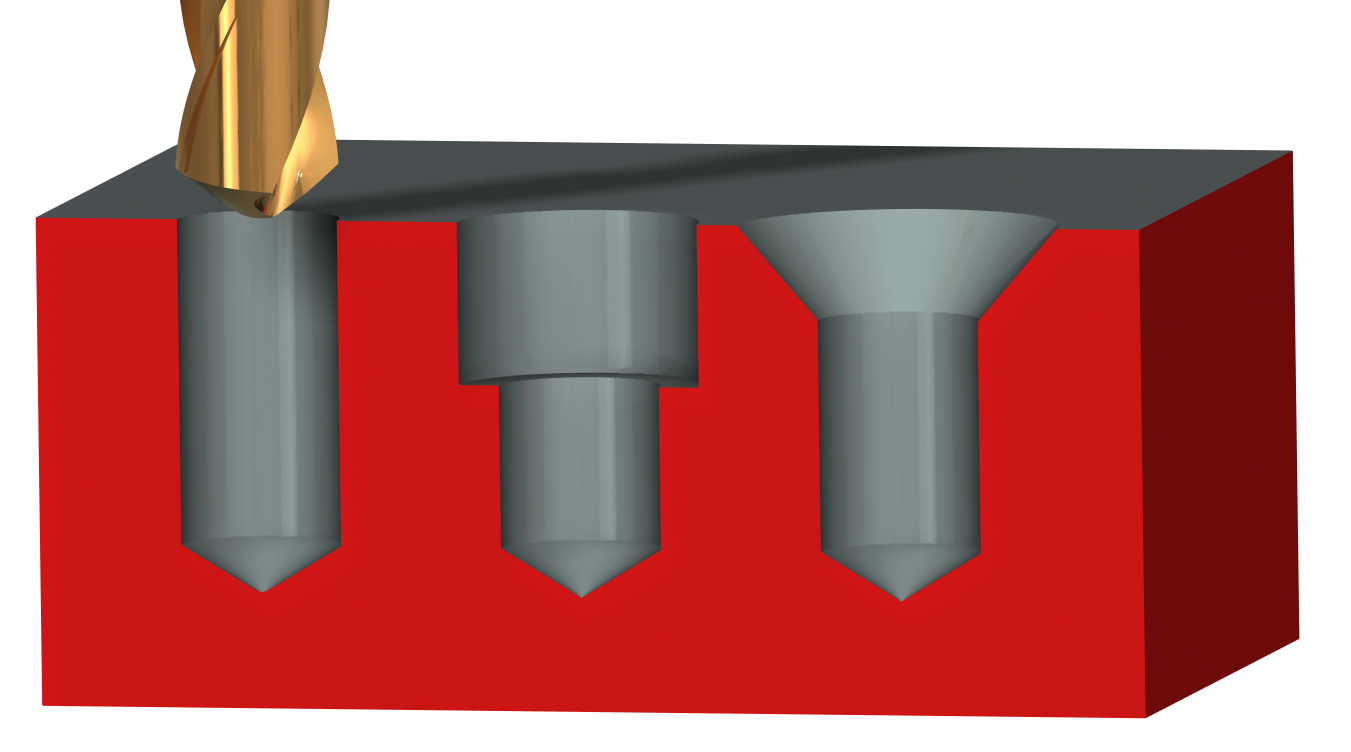 What is A Counterbore?

A counterbore hole is defined as a cylindrical and flat-bottomed hole that usually enlarges into another coaxial hole. The hole is normally used whenever a fastener, for example, socket head cap screw, is needed to sit flush below or within the level of the workpiece surface.

The term is also used to refer to the cutter that produces the counterbore holes. However, the term “counterbore cutter” is usually used for the cutter to reduce the ambiguity. 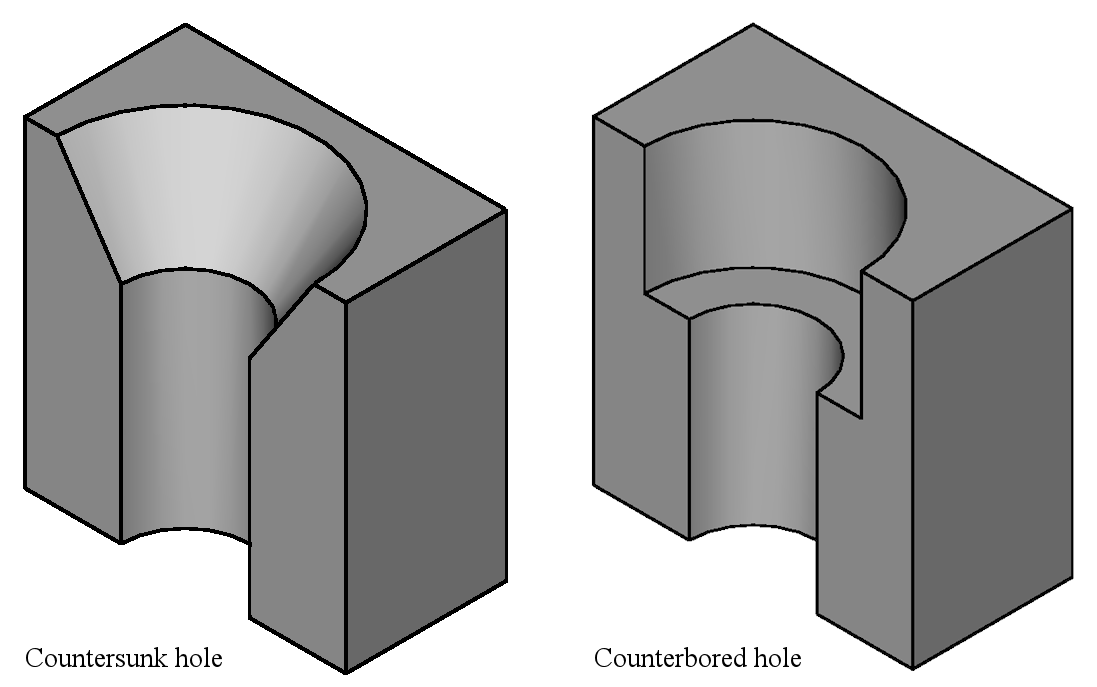 What is A Countersink?

Countersink is a term used to refer to a conical hole that is cut into an object. It may also be used to refer to the cutter that makes the hole. It’s normally made to allow for the head of a countersunk rivet, screw, or bolt to sit flush with or below the surface of surrounding materials when placed in the hole.

It may also be used for removing the burr that’s left from a tapping or drilling operation thereby helping to improve the finish of the product. It also helps to remove any hazardous sharp edges in the process.

Difference Between Counterbore and Countersink

The major differences between the two holes include:

Definition of Counterbore Vs. Countersink

A counterbore is a circular hole usually with sections at different diameters. It’s drilled to allow a captive head or any other fixings with square shoulders to sink into the drilled material seamlessly. A countersunk hole, on the other hand, is a large obtuse-angled relief or bevel drilled at the edge of a round hole and designed to allow for fixings with sunk heads, such as rivets and screws. The hole allows for the top of the fixings to fit flush with the material.

Shape and Size of the Hole in Counterbore Vs. in Countersink

The counterbore holes are more square and wider which allows for the addition of washers before fastening the fixings while the countersink holes are conical which matches the angled shape on the lower side of flat-head screws.

As for the size of the hole, the countersink hole is bigger than in countersinking. 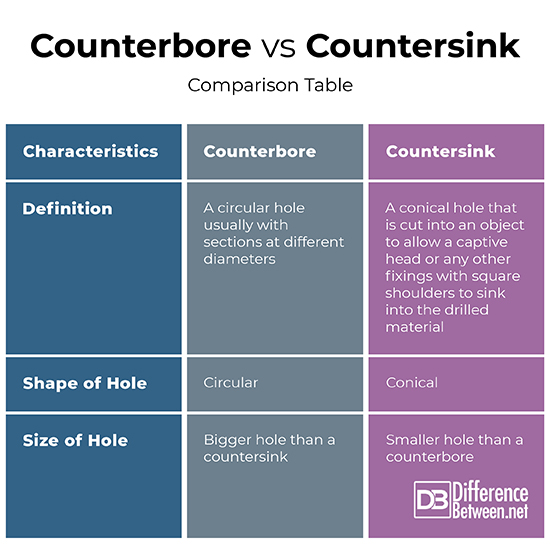 Summary of Counterbore Vs. Countersink

In the world of PCBs, the two terms, counterbore and countersink are common. Even though they are more than often interchanged, they refer to different hole types, shapes, and sizes. They also refer to the cutters used to make the holes for each respective hole type. The bottom line, however, is that each is dissimilar to the other in various aspects including the definitions.