Difference Between Bitumen and Tar 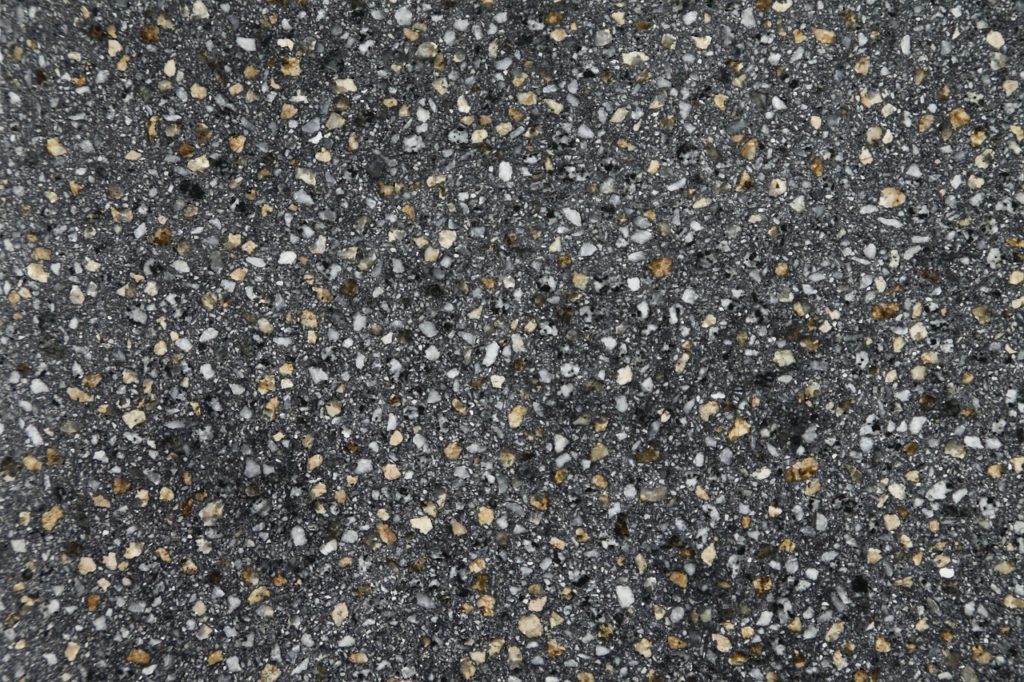 Bitumen is a mixture of organic substances that are usually liquid consisting of aromatic hydrocarbons. It also occurs in solid form as in the case of the mineral gilsonite. Additionally, bitumen is sometimes referred to as asphalt in the United States. Bitumen tends to be darkly colored, viscous, and forms in the vicinity of oil and coal deposits. 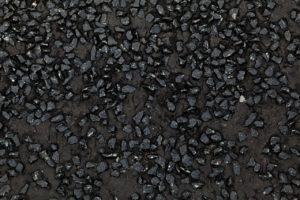 Bitumen usually forms in environments with abundant algae, plants, and other organic matter. Because of this, it typically forms under the same conditions as oil and coal, namely in lakes, marshes, and areas of high vegetation where plant matter can be preserved in mud deposits which become altered due to heat and pressure as they get buried. The main geological source for bitumen is organic shale. A well-known location where bitumen is seeping out of the ground is the land containing the La Brea Tar Pits in Los Angeles.

It is also possible that bitumen forms in hydrothermal vents. Veins of the mineral gilsonite have been found in rocks originating from hydrothermal settings. An example of this would be the Uinta Basin of Utah.

Bitumen has been known and used since antiquity. It has been used to make roads, waterproof boats, and construct walls and buildings. Its earliest use was probably as a sealing agent for baskets and boats. Bitumen has also become indirectly important for paleontology and archaeology because of locations such as the La Brea Tar Pits where animals have become trapped and preserved in the bitumen or asphalt over tens of thousands of years. The La Brea Tar Pits contain a detailed record of the natural history of the Los Angeles basin going back 38,000 years. Bitumen has also been used for medicinal purposes. There is evidence that bitumen or asphalt from the Dead Sea area was used to treat skin diseases.

Tar is a viscous black liquid made of hydrocarbons which can form in multiple ways. Because of this, the chemical composition of tar varies, though it is always made of organic matter of some sort. It has many uses as a waterproofing and sealing agent. It is also used for many medicinal purposes. 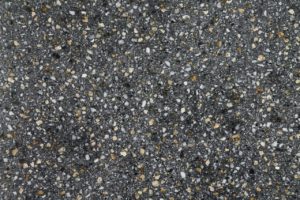 Tar can form in a variety of ways and tar will have different properties depending on how it forms. Two common types are coal tar and wood tar. Coal tar is distilled from petroleum and coal sources while wood tar is obtained from vegetation through a similar distillation process.

Coal or petroleum-derived tar is made of hydrocarbons that occur geologically in association with coal and oil deposits. This tar used in the construction of roads. Additionally, it also has medical properties and has been used to treat psoriasis. Because it has high benzene content, however, it is also considered to be a carcinogen.

Wood tar is derived from various parts of trees through the same distillation methods used to obtain coal tar. The biproducts of the process that creates wood tar are turpentine and charcoal. Wood tar is made through the process of destructive distillation. Wood tar has been used in northern Europe for thousands of years for waterproofing boats among other uses. It also has important medical applications since it is microbicidal.

Tar has many uses as a sealing agent. It is used to seal boats and roof tiles. It is also used in the process of mummification. Wood tar is used to seal the interiors of buildings. Additionally, it is used as flavor in candy and foods as well as a scent for various purposes including saunas because of its pleasant smell. Wood tar has also been used in cosmetics. Coal tar on the other hand is considered a hazardous material because of its association with cancer-causing agents such as benzene and is primarily used in road construction.

Similarities between Bitumen and Tar

Bitumen and tar are both viscous dark organic liquids which seep out of the ground. They are also both used as waterproofing and sealing agents in the construction of boats and buildings. They also both have medicinal uses.

Differences between Bitumen and Tar

Although there are many similarities, there are some differences between bitumen and tar. They include the following.

Bitumen is primarily composed of aromatic hydrocarbons associated with oil deposits. Tar, on the other hand, can form in association with oil or it can be formed from wood.

Bitumen can occur in solid form or as a dark viscous liquid whereas tar is chemically distinct and occurs primarily as a viscous liquid.

Bitumen occurs naturally and can be prospected from the ground whereas tar is usually produced through distillation.

Summary of Bitumen vs. Tar

Bitumen is a naturally occurring dark substance composed of aromatic hydrocarbons and can occur in solid and liquid forms. It forms in association with oil from plant matter that has been altered due to heat and pressure due to burial. Bitumen is used to waterproof boats as well as to seal and bind materials used to construct buildings. It also has medicinal properties. Tar is a viscous black liquid which is derived through the process of destructive distillation. It can be derived either from coal or petroleum sources, or from wood. Coal tar is considered to be a carcinogen, but it has medicinal value in the treatment of psoriasis. Wood tar is derived from trees and is used in sealing, waterproofing, folk medicine, and even in flavoring since it is used to flavor candy and other foods. Wood tar is also microbicidal. The two substances are very similar and sometimes the terms tar and bitumen are used interchangeably. There are however differences between them. These differences include the following. Bitumen can be naturally occurring whereas tar usually has to be artificially distilled. Also, Bitumen occurs in both solid and liquid forms whereas tar is generally always a viscous liquid.