Difference Between Japanese and Chinese 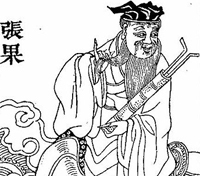 You meet them the first time and we are often perplexed as we are not sure if we are meeting Japanese or Chinese or perhaps Koreans to add to the confusion. While many times trusting our insight on the difference in looks is not advisable, so differentiating between Japanese and Chinese across other parameters is necessary. Japan is located in the Eat of Sea of Japan, China and Korea. China, fourth largest worldwide, the oldest civilization is located between Vietnam and North Korea.

Differences may prevail at various levels which are otherwise not apparent. With regard to architecture, Japanese design around palace styles while the Chinese focus around walled cities. On cuisine, both share the same main course of rice but vary on entrees. Japanese serve usually seafood or noodles prepared either tempura fried or sushi style while Chinese have a greater variety with types of meat and cooking methods like stir fry, stewed or grilled. With regard to Chinese music, it is more skewed towards instrumental with an emphasis on flute and oboe. Japanese music stresses on vocal music and originates from Noh, Kabuki and Bunraku.

According to Japanese, the Sakura (Cherry Blossom) is the symbol of beauty while in Chinese it is with the wild part of human nature and symbolized by lions, cats and tigers. The writing system in both cultures use Kanji but their languages are different with Chinese using a Sino Tibetan language and Japanese uses Altaic language. Apart from this, Japanese use three writing scripts, one which incorporates Chinese characters, which is the link between the two languages. Both cultures also differ with their sports and recreation where Japanese practice Sumo and martial arts where as Chinese encourage the dragon boat race as well as martial arts. In terms of government Chinese are communists while Japan is a constitutional monarchy.

While differences between both the cultures will keep growing in count, they have some similarities as well. Both cultures, Japanese and Chinese have the greatest regard and respect for family, honor, tradition as well as beauty. This places them above several other powerful nations as well.

Summary
1.Differences between Japanese and Chinese are noticeable in architecture, cuisine, language, culture, recreation, governing styles and music.
2.The difference is reflective in the governing styles as well.
3.With a host of differences, there are some common characteristics between Chinese and Japanese as well ‘“ Family, tradition, honor etc.