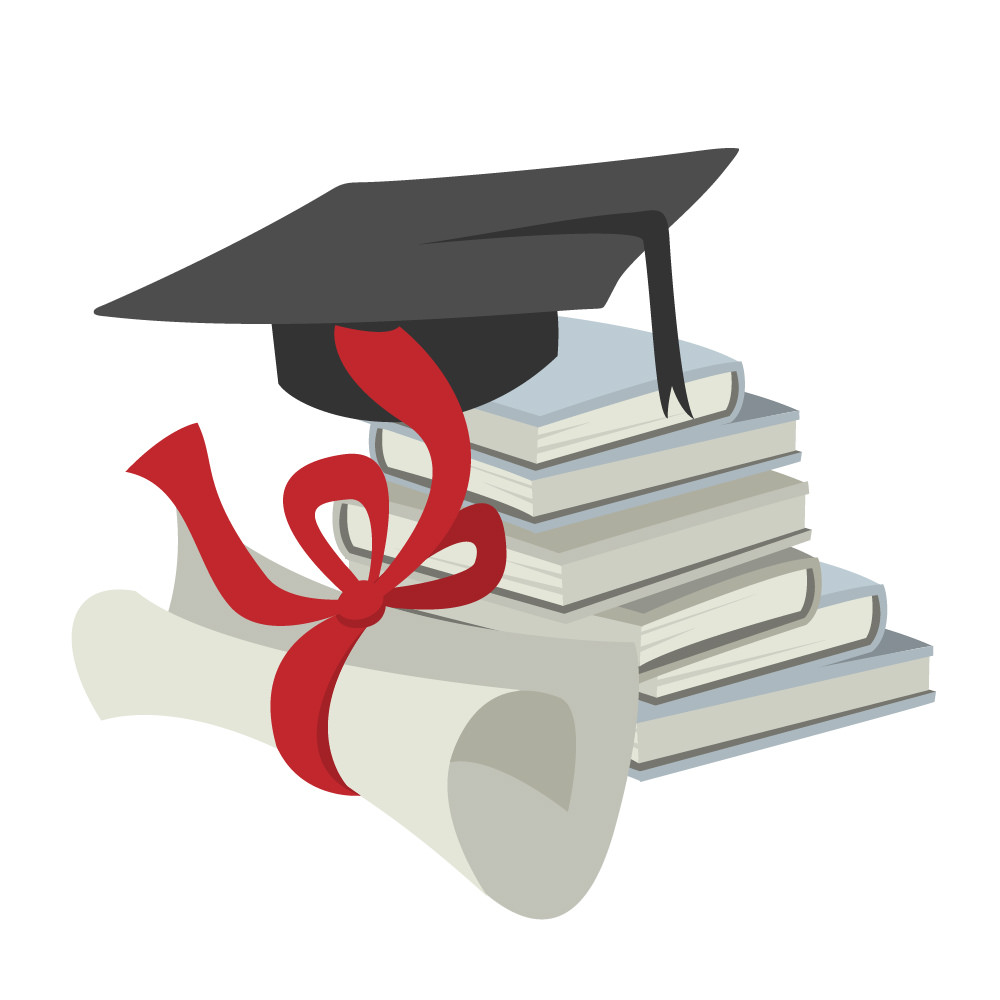 What is Weighted GPA?

A weighted GPA is that which considers the difficulty of a course aside the grades in its tabulation. It is a Grade Point Average system with a higher range of points mostly from 0 to 5.0. This system accommodates grades within AP or honors whereas an A within this scale is translated to 5.0 which is based on the overall difficulty of a class. Some schools have a mid-level class where an A translates to 4.5 on the scale which lies between regular and honors classes. The weighted GPA ensures that students who take up more difficult courses during their learning will end up with a higher GPA that those who take easier courses regardless of their grades being similar. 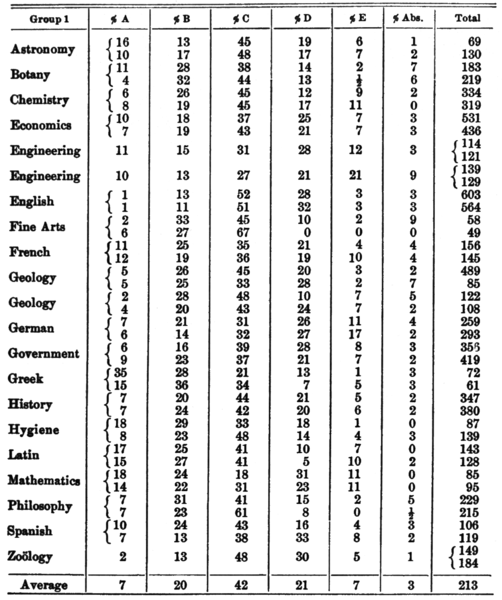 What is Unweighted GPA?

Unweighted GPA is the most popular grading system used in the academic field. The GPA’s are measured within a scale of 0 to 4.0. This system does not take into account the difficulty of a course. What this means is that an A in an easy class and an A in a difficult class will both have the 4.0-point scale. Students who take AP classes with all-honors classes and earns several A’s and B’s will have a lower GPA than the students who take only low-level classes. This however appears unfair to the students. As a result, universities usually investigate further where unweighted GPAs are used to determine whether the final grade is a true representation of one’s achievement.

The commonly used unweighted GPA scale is as follows:

Differences between Weighted and Unweighted GPA

Unweighted GPA is more used in the academic field when compared to the Weighted GPA system.

Universities admissions prefer the weighted GPA system over the unweighted GPA. This is because it distinguishes students with academic merit. 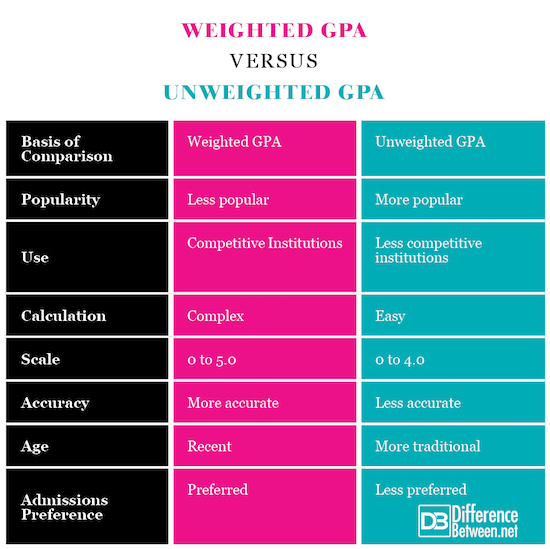 Summary of Weighted vs. Unweighted GPA