A Comparative Look at the Obama and Romney Tax Plans

Little common ground can be found between the tax plans proposed by President Barack Obama and Republican presidential nominee Mitt Romney. Both desire to simplify the tax code, make the R&D (Research & Experimentation) tax credit permanent, broaden the tax base (increase the types of income and activities subject to taxes) by reducing the number of tax preferences, and do away with the Alternative Minimum Tax. The means by which they would achieve these goals and the arguments in support of each position contrast starkly. By taking a comparative look at the objectives and point of views of each candidate, it is clear why there is little overlap in their tax reform plans. 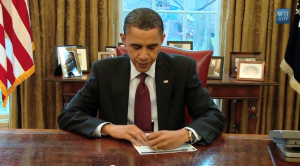 Obama is in favor of a progressive tax system that will bring down the deficit and keep the majority of the tax burden on the wealthiest 1 or 2 percent of Americans. He believes the current tax system, including the Bush Tax Cuts, which are scheduled to expire at the end of 2012, is unfair and provides greater benefit to the wealthy, at the expense of middle class families, by allowing them to utilize exemptions, deductions, and other tax preferences to disproportionately reduce their tax burden. This is why Obama seeks to do away with the Alternative Minimum Tax, which he believes burdens middle class families, more so than fulfills its purpose, which is to prohibit the wealthy from paying too little in taxes. Obama would replace the Alternative Minimum Tax with the Buffet Rule, which would require that individuals making $1 million pay not less than 30 percent tax on income. In addition, Obama would cap tax reductions for couples making $250,000 and tax carried interests as ordinary income instead of at the current15% rate.

In contrast, Romney advocates for the permanent extension of the 2001 and 2003 Bush Tax Cuts, while his motivations for supporting the repeal of the Alternative Minimum Tax are to increase tax savings and reduce the number of tax preferences. Mitt Romney’s tax plan pushes for a simpler tax system, to promote economic growth via tax structure stability (limiting the use of tax preferences and making favorable tax cuts and credits permanent), and to increase tax saving in order to encourage investment, retirement savings and so Americans have the ability to keep more of what they earn to meet everyday living expenses. Toward these purposes, Romney would eliminate the Estate tax, the taxes associated with the 2010 Health Care Law (for those meeting the thresholds, a 3.8% Medicare tax on net investment income and a .9% income tax), and taxes on adjusted gross income (AGT) for those making below $200,000 on interest, dividends and capital gains. For individuals making above $200,000, he would maintain the current tax rates on interest, dividends and capital gains. To further simplify the tax code, Romney would apply a permanent 20% tax cut on the six marginal income tax rates and cut the corporate tax rate to 25% from 35%.

In order to shift more of the tax burden on to the wealthiest Americans, Obama would maintain the current income tax rates for the bottom four tax brackets, while the top two would see rates increase from 33 and 35 percent to 36 and 39.6 percent, respectively. Obama’s tax plan also reduces the corporate tax rate, cutting it to 28%, excluding manufacturers, which would pay 25%. Instead of eliminating the Estate Tax, as Romney would, Obama would return estate exemptions and tax rates to 2009 levels.

Romney intends to for his plan to be “revenue neutral” by taxing more types of income and activities but at lower rates, in hopes that these changes offset each other. Obama suggests a minimum tax be placed on overseas profits, but has suggested unspecified incentives be given to boost investment within America. Romney would replace the current “worldwide” tax system which taxes corporations at the U.S. rate for profit made both at home and abroad, with a territorial tax system that would encourage American multinational companies to bring profits home and facilitate job creation.