Differences between Hamas And ISIS 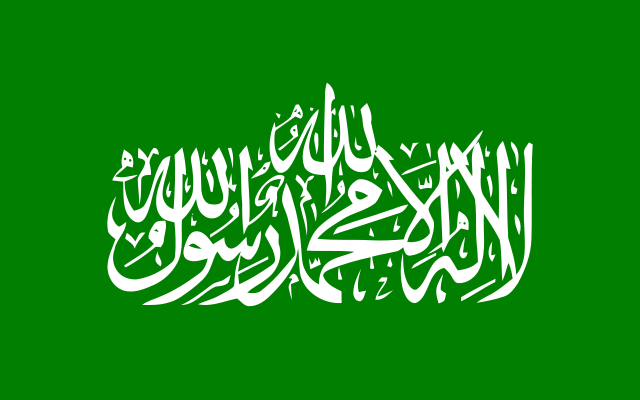 Hamas and ISIS both are Islamic Socio-political organizations and share the common ideological doctrine of defending interests of followers of Islam and consider armed movement against non-Muslims as the divine order of Allah who according to them is the only God, and any non-believer in the supremacy of Allah deserves to be killed in the way they like. Both the organizations are fiercely anti-Semitic and dream of a world free of non-Muslims. In spite of the above commonalities, the groups are different on a number of counts as regards their immediate political goal, strategy and modus operandi. This article is an attempt to focus on some of the more glaring differences between the two Islamic militant organizations.

Since 1962, after the Palestinians were removed from their so-called homeland by UN sponsored initiative implemented by US and Israel, discontent among Palestinians and Israelis began simmering. Palestine Liberation Organization (PLO) under the late Arab icon Yasser Arafat and Muslim Brotherhood, an Egypt based Islamic organization were the two pro-Islamic groups active in the section along the eastern Mediterranean sea known as the Gaza Strip since 1950s. PLO and Muslim Brotherhood initially used the discontent as their strategic weapon to further their socio-political agenda of putting Palestine and the people there of in the pre 1962 position. PLO was by-far a secular and nationalistic political denomination with no proclaimed in-tolerance towards non-Muslims; even in the original charter of PLO no mention of all round armed campaign against the Jewish state could be found. The activities of MB, in the beginning were confined to religious and charitable work. But with passage of time, the dynamics of political-military system of the Mediterranean region changed and more radical faces began to challenge the secular and soft anti Israel policy of PLO. In 1987 the name Muslim Brotherhood was changed to Hamas, meaning Islamic Resistance Movement in Arabic, under the leadership of Yasin. Political bosses of Israel offered tactical support and indulgence to Hamas to counter influence Arafat and the PLO had on the people of West Bank and Gaza strip. Hamas quickly became the most relevant political force with more nationalist and anti-Israel ideology with separate military wing to fight Israeli security forces. During 1990s Hamas entered the political system, along with sporadic and often striking military conflict and terrorist acts, of Palestine and in 2005 won the Legislative Assembly election giving a hands down defeat to Fatah, the dominant faction of PLO.

ISIS, on the other hand, was the Iraqi arm of Al-Qaida and known as Al-Qaida of Iraq. ISIS is the brain-child of the Jordon born Salafi mujahidin Al-Zarqawi. Al-Zarqawi was a staunch Osama loyalist, and undertook the task of carrying out Al-Qaeda agenda in and around Iraq and Syria. Zarqawi was killed by American troop, and the leadership of Al-Qaeda in Iraq passed on to Abu Hamza and Omar Baghdadi. After both of them killed supposedly by American army, Bakr Baghdadi took control of the outfit. The name Al-Qaeda of Iraq was changed to Islamic State of Iraq and Syria by Baghdadi. Against conventional wisdom, ISIS surpassed Al-Qaeda in its brutal jihadist-operation in and around Iraq, and ultimately fell from grace of Al-Qaeda. Baghdadi has been declared the Caliphate of the Islamic world by the ISIS in 2014.

Hamas is a democratically elected political party ruling the small stretch of land the Palestinians are now occupying. The organization believes in established political system of the state. Some of the demands of Hamas are too bona fide to ignore. Their source of inspiration comes from the misery of Palestinian people which is real for the world to see. Hamas ideologically believes that only full scale armed conflict against Israel can bring back the land supposedly appropriated by Israel, and indulges in inappropriate military tactics amounting to terrorism including suicide bombing and killing of innocent Israelis. On the surface Hamas does not harbor any hatred based on religious extremism rather wants to establish an Islamic state for the all-Muslim population of Palestine on a broader geographical area driving out the Jews, their sworn enemy. Hamas has never called for Jihad against all non-Muslims except the Zionists. Their acceptance of political system has given them space to negotiate with the UNO with occasional support from the world body and other world leaders.

ISIS, on the other hand does not believe in any civil system and democracy is a forbidden term for them, as democracy throws challenge to fundamentalism. ISIS’s mindless killing of innocent people and rape and torture of women have even stunned and irritated Al-Qaida leadership, so much so that Al-Qaida openly severed all ties with ISIS. The virulently anti non-Muslim group has the chief agenda of establishing rule of Caliphate all over Islamic world. The group believes in all round armed movement to materialize its dream. In the view of the protagonists of Caliphate-led Islamic world, those whether Muslim or otherwise unwilling to accept Caliphate rule must be annihilated. The group knows no boundary when it comes to acts of cruelty against humanity including putting people in the mass grave without wasting a single bullet.

Hamas has no imperialist or expansionist agenda. Though it wants end of Israel but does not nurture any adventure outside the geographical boundary of their dream state. Hamas fights against Israel, calls for all the Palestinians to defend and fight for Islam, but for a perceived noble cause of getting back their homeland. Hamas never dreams of an only-Muslim world.

In spite of number of misdeeds by Hamas against Israeli and US citizens it has certain positive attitudes and often gets support from many world leaders and sympathy from other Muslim and non-Muslim states. Bus no state in the world either Muslim or non-Muslim, has so far expressed any interest in ISIS apart from criticizing it and keeping safe distance from the outfit.

Difference in geographical area of operation:

Hamas has so far only agenda of driving out the Jews out of Israel, reclaiming the land occupied by Jews and giving it back to the Palestinians. As such Israel and her ally US are their declared enemies. Guns and rockets of Hamas fighters are trained against the two states especially Israel. Hence their area of operation surrounds West Bank, Gaza strip and parts of Israel and occasional low intensity attack on US interests.

ISIS considers the whole of Iraq, Syria, Jordon and neighboring nations as their present operation theatre and the whole world as the future one. ISIS is not concerned particularly about any geographical area or any group of oppressed people. They don’t fight for any genuine cause of Muslims, rather dreams of mediaeval Islam ruling all over the world and boast of either forcefully converting or killing all non-Muslims under the sun.

Difference as regards sources of funds:

Hamas gets funds mostly in the form of donation from other sympathetic Muslim governments, NGOs and rich Muslims. By and large Hamas is free from being accused of money laundering and resorting to intimidation and criminal tactics in procuring funds.

ISIS has not yet been able to garner any voluntary financial support from any recognized government, NGO or business houses. They indulge in any imaginable criminal activity ranging between extortion, seizing oil fields, drug trafficking and looting people to accumulate funds to purchase guns and support lavish living of the leaders. ISIS is one of the richest terrorist organizations of the world.

Difference as regards leadership and cadre base:

All the leaders and cadres of Hamas and its military wing are drawn from the people of the land and in general Hamas does not encourage foreign mercenaries; on the other hand ISIS draws its fighters from all over the world and good number of foreign mercenaries are known to be fighting for ISIS.

2. Hamas fights for the people of Palestine; ISIS fights for establishing Islamic rule all over the world.

3. Hamas views only Israel and US as enemy; ISIS considers all non-Muslims as their enemy.

4. ISIS is much more deadly when comes to destruction and mindless killing of un-armed people.

5. Hamas has never indulged in mass murder or rape; Mass murder and rape are normal activities of ISIS cadres.

6. Hamas has no imperialistic or expansionist agenda; ISIS wants to establish Caliphate in the Muslim nations and gradually in the whole world.

7. Activities of Hamas are confined in the surrounding regions of West Bank and Gaza Strip; ISIS operates in Iraq, Syria, Jordon and Egypt.

9. Hamas has no foreign mercenaries; but ISIS has.