Difference between Hamas And Hezbollah 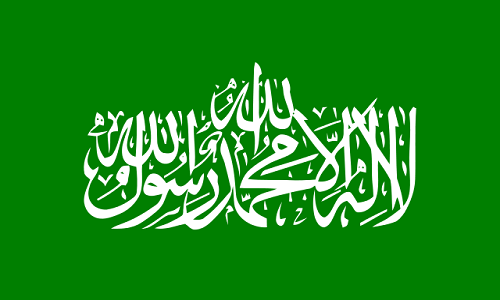 Difference as to history and evolution

Hamas: Hamas, meaning Islamic Resistance Movement is a Palestine based Islamic organization with a military wing. The group was founded by Sheikh Ahmed Yassin, a leader of Egypt based Muslim Brotherhood in 1987 in Gaza. The group is an off shoot of Muslim Brotherhood and emerged out of the first Intifada or Palestinian uprising against Israeli occupation in West Bank and Gaza Strip. The organization carried out social work with emphasis on free medical services to the poor people of Gaza, especially those wounded in fights against Israeli troop. Their other works include building and running schools, orphanages, mosques and sports facilities. This earned the group support and trust of the people of Gaza. The Israeli establishment provided overt and covert support to the organization as a counter weight to Arafat led secular Fatah movement. Prior to 1989, when Hamas launched its first military attack against Israel, Israeli establishment used to maintain political and consultative relationship with the Hamas leadership. After two years of the attack, the military wing of the organization was officially established. During 1990s Hamas carried out a number of suicide bombings against Israeli civilian and military targets. In 2006, Hamas participated in 2006 Palestinian legislative election and won majority of the seats handing out decisive defeat to Fatah, both politically and socially. Thus Hamas established itself as the main representative force of the people of Gaza against Israeli occupation in Gaza and West Bank.

Hezbollah: Hezbollah, meaning army of Allah is a Lebanon based Shia militia that played a significant role in opposing the Amal movement and during Lebanese civil war, and also in opposing the American forces. However, Hezbollah’s primary concern was to end Israeli occupation of Southern Lebanon. The group carried out frequent suicide bombing, kidnapping, and murdering Israeli and US forces. Syria supported Hezbollah and allowed the group to control the Shia dominated areas of Lebanon along the border of Israel. During 1990s, the group changed its status from a revolutionary organization to a political organization. With support from Iranian supreme leader Ali Khamenei, the group won all the twelve seats in the Lebanese legislative election. The group has emerged as one of the front ranking anti America and anti Israel organizations of the Middle East.

Difference as to identification

Difference as to religious view

Although both Hamas and Hezbollah are fiercely anti Israel, their Islamic ideologies stand on opposite poles. Palestine is overwhelmingly dominated by Sunni, and as such Hamas is a Sunni organization. On the other hand, Lebanon’s majority population is Shia, and Hezbollah follows Shia ideologies.

Difference as to political views

Both the groups are anti Israel as they are born out of Anti Israeli sentiments that prevail in Palestine and Lebanon. But as regards US, Hamas is more vociferous in comparison to Hezbollah against US for the state’s support to Israel.

Difference as to ideology

Hamas thrives to raise the banner of Allah on every inch of Palestinian territory, and believes Allah will destroy Israel when he thinks to do so. Hezbollah was born with the blessings of Iranian Spiritual leader Ayatollah Khomeini, and strictly follows the Shia theology as propagated by Ayatollah.

Difference as to representation in the government

Difference as to funding

Prior to 1990, Saudi Arabia was the main fund provider to Hamas, along with other Islamic charitable institutions. After 1990s, funds are raised from donations of Syrian and Iranian governments and the affiliated charitable institutions. Syria and Iran are the chief supporters of Hezbollah, and majority of its funds come from these two countries. Venezuela is another country that gives financial assistance to Hezbollah.

Difference as to field of operation

Hamas is headquartered in Syria, but the group’s operation theatre is Palestine, fighting against Israel. Hezbollah, on the other hand concentrates in Syria and Lebanon, and occasionally fights against Israel.

Difference as to weapons

Hamas has huge arsenal of conventional weapons and rockets, and also technical expertise required to make deadly bombs. Hamas also has specialized guerilla fighters, but does not have missiles, aircraft, or armored vehicles. Hezbollah, on the other hand has, in addition to what Hamas possesses, tanks, missiles and sophisticated military technologies.