Difference Between Cheese and Paneer 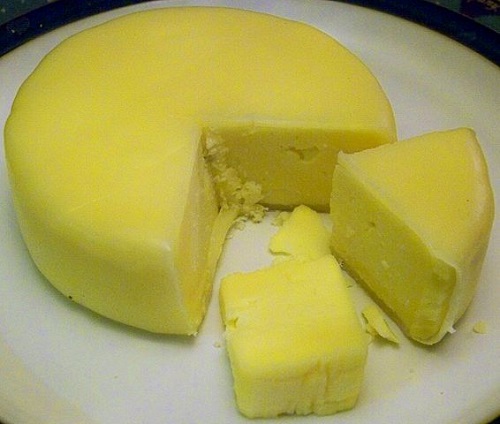 Cheese and Paneer are two types of foods that are commonly used in the world today. Although both products exhibit significant levels of similarities, there are some significant numbers of characteristics, which portray some differences, which are discussed below.

Cheese is a sweet tasting product that is made from milk through the process of acidification. People involved in the preparation of cheese use bacteria to ensure that acidification takes place within a short period while at the same time playing the great role of bringing about the flavor of the cheese.

Paneer is a variety of cheese that is regularly used in the south Asian region and other regions, which include Hindu, Chennai, and the Tamil regions. Paneer is produced through the churning of milk with lemon juice, vinegar, and some acids through acidification. Moreover, a souring agent is used to help in coagulating the protein component in the milk while it is still fresh.

Difference Between Cheese and Paneer

Although both paneer and cheese provide a significant amount of delight when one is consuming them, it is essential to understand that the two products have a high level of health benefits that they offer to human beings. However, the health benefits provided by the two products are highly different. Paneer has a low concentration of fats and calories, which makes it healthy for people with heart problems. On the other hand, cheese contains a high level of fat and calories, which makes it not suitable for consumption for people with heart problems. People with heart problems are encouraged to consume paneer while people with low-fat content in their bodies are usually encouraged to consume large amounts of cheese.

The second difference between the two products, which are house hood goods for the majority of the consumers in the Asian region, is the nutritional composition. Cheese is highly known for the high amount of protein composition, which makes it a suitable diet for people looking forward to gaining weight and muscles. Besides, cheese contains a high amount of calcium, therefore, making it a good choice for the people who wish to increase the strength of their bones. Moreover, women who eat cheese during their pregnancies lower the risk of the new developing neurological disorders. Paneer is taken for its delightful taste while it plays a significant role in reducing the level of cholesterol in the body.

The level of familiarity and popularity among people is a significant component that is highly used to differentiate between cheese and paneer. Cheese is one of the least popular among other milk products currently in the market. It is worth noting that cheese ranks behind other milk products which include yogurt, ghee, and butter. However, it is essential to understand that cheese has grown popular in the urban areas because it is highly available and can be used in various dishes, which makes it highly convenient. On the other hand, paneer is most popular in the Asian region due to its vegetarian aspect. It is worth noting that paneer is the only vegetarian cheese, which one can serve to vegetable consuming customers.

One of the main aspects that differentiate between cheese and paneer is how the product can be stored while at the same time remaining fresh for consumption and nutritional composition. Cheese is prepared in such a way that it can be stored in the refrigerator for a more extended period hence saving much time and cost used during its preparation. This explains why one is likely to find a cheese available in a fast food joint while it is highly challenging to find one stored in a refrigerator because they are prepared and consumed immediately. Paneer goes terrible quickly as the milk coagulation is not done entirely hence making the milk in the product to remain as a significant component of the product.

The way the two products are prepared contrasts one another, which has resulted in bringing significant differences between the two milk products. Preparation methods have brought about different tastes, nutritional composition, health benefits, perishability aspect, and the popularity of the product. Cheese is made up of milk through the process of acidification. Bacteria are used acidify the milk hence bringing in the flavor of the cheese. On the other hand, paneer, which is commonly known as the farmer cheese, is prepared by beating or through pressing of the milk such that it forms butter like a product that has a higher level of similarity with cheese due to the sugary tasking aspect.

Summary of  Cheese vs.  Paneer