Difference Between Experiment and Survey 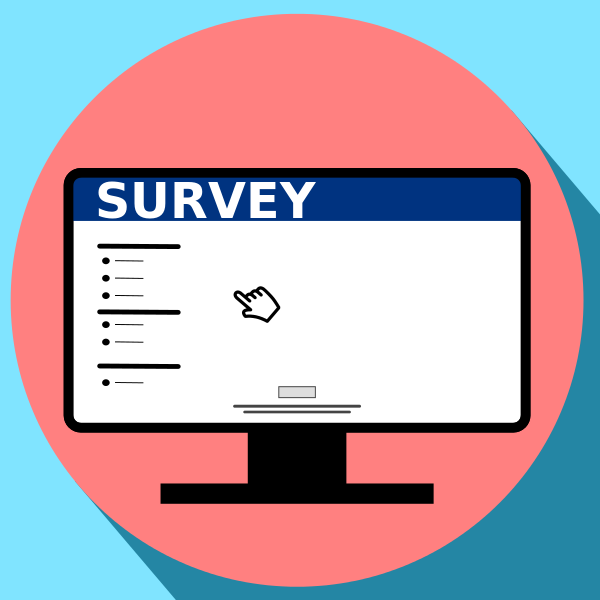 Experiment and survey methods are highly important in data gathering. Both can be utilized to test hypotheses and come up with conclusions. Research through experiments involves the manipulation of an independent variable and measuring its effect on a dependent variable. On the other hand, conducting surveys often entails the use of questionnaires and/or interviews. The following paragraphs further delve into such differences. 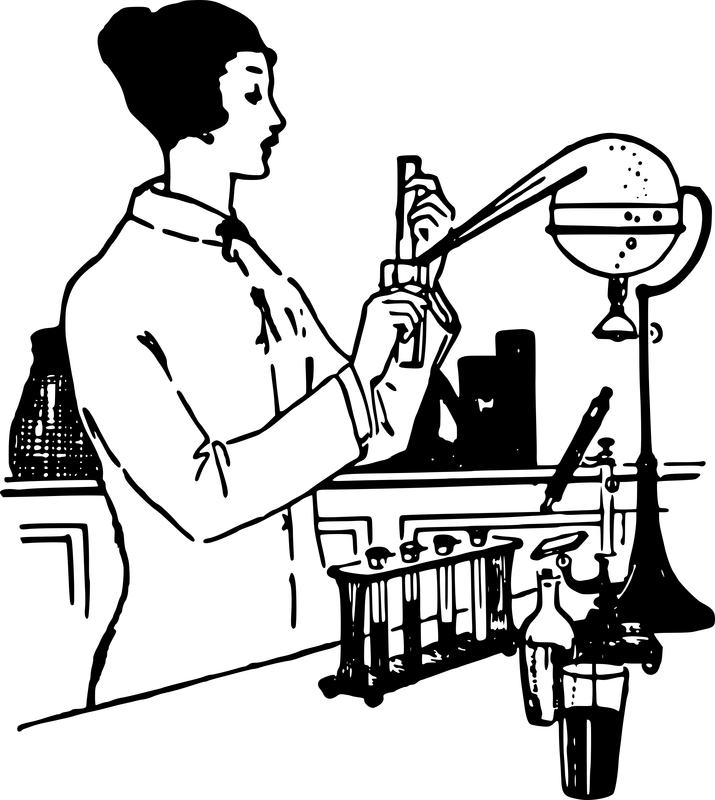 What is an Experiment?

From the Latin word, “experior” which means “to attempt” or “to experience”, experiment is defined as testing a hypothesis by carrying out a procedure under highly controlled conditions. This makes the method ideal in studying primary data. By manipulating a certain independent variable, its effect on a dependent variable can be measured. A cause and effect relationship is verified by exposing participants to certain treatments. For instance, researchers can measure how water intake can affect people’s metabolism by letting the experimental group drink 8 glasses of water each day while the control group will only have 4 glasses. Their metabolism rates will then be compared after a week and statistical treatments like T-test will be employed to validate the results.

What is a Survey?

From the medieval Latin word, “supervidere” which means “to see”, survey is defined as having a comprehensive view of certain topics. Survey studies are largely conducted to look into people’s opinions, feelings, and thoughts. It is best suited for descriptive research which seeks to answer “what” questions regarding the respondents. Questionnaires are ideal in collecting information from a big population as they can be simultaneously administered to different groups and individuals. Survey questions can be sent to numerous respondents in both online and offline settings. For instance, researchers who are studying happiness levels among millennials floated questionnaires, made phone calls, and sent e-mails regarding the participants’ perceived emotional states. The data were then collated and statistical treatment such as getting the weighted mean was utilized to analyze the responses.

Difference between Experiment and Survey

Conducting an experiment enables the researchers to gather data from the result of the experimental treatment. On the other hand, surveys get information from the selected population.

Experiments mainly deal with primary data while surveys can gather secondary data which are in line with descriptive research.

While survey is employed in descriptive research, the experimental method is noticeably used for experimental research.

As compared to surveys, the sample sizes used in experiments are usually smaller. Since questionnaires can easily reach a number of people in various places, surveys can cover larger samples.

Many social and behavioral fields use the survey method in establishing facts while those in the physical and natural sciences basically employ experiments.

Experiments often use various equipment in facilitating treatments and in observing responses while surveys do not need such elaborate tools.

Regarding surveys, it is usually difficult to study in-depth and genuine responses as the questions are already set for all respondents and some of them may not actually reveal their true opinions. On the other hand, one common challenge in experiments is ascertaining if the change of behavior observed was really caused by the manipulation of the independent variable or other factors.

Conducting surveys is usually lest costly as compared to experiments as it is generally concerned with the sources in making questionnaires. As for experiments, researches need resources such as laboratories, equipment, and software.

Experiments involve the manipulation of the independent variable by giving different treatments to the control and experimental groups. As for surveys, the research participants are merely asked questions and this is done when manipulations are not possible.

Experiments tests causal relationships by verifying if the independent variable significantly impacts the dependent variable. As for surveys, they usually assess naturally occurring and enduring variables.

As compared to experiments, surveys can be employed to look into a wider range of topics since the questions can be subdivided into different factors.

Randomization practice is extremely crucial in establishing validity in experiments while such technique may or may not be employed in surveys. 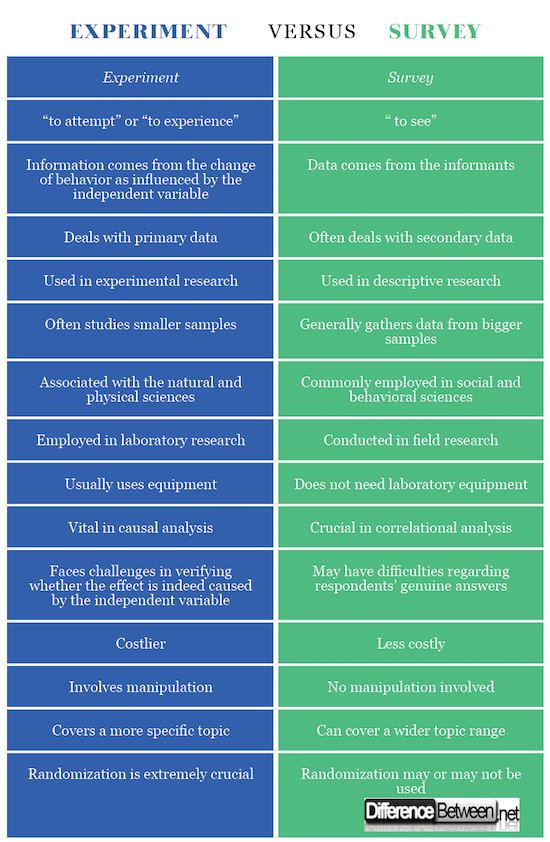 Summary of Experiment Vs Survey

gene Brown
Jean Brown is a Registered Psychologist, licensed professional teacher, and a freelance academic and creative writer. She has been teaching social science courses both in the undergrad and graduate levels. Jean has also been a research adviser and panel member in a number of psychology and special education paper presentations. Her certifications include TESOL (Tampa, Florida), Psychiatric Ward Practicum Certification, and Marker of Diploma Courses.
Latest posts by gene Brown (see all)
Share Tweet Pin Mail
Categories: Mathematics & Statistics, Psychology, Science, Words
Tags: experiment, survey
previous post Difference Between Caste and Religion
next post Difference Between Root and Stem