Difference between Uvula and Epiglottis 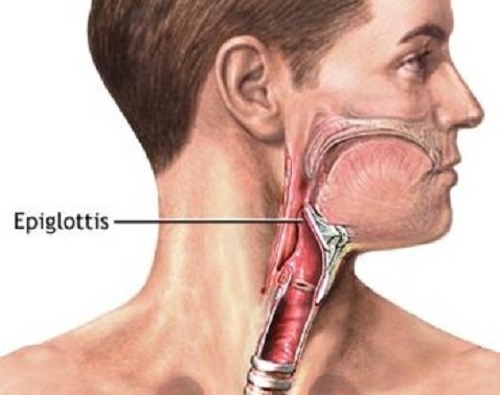 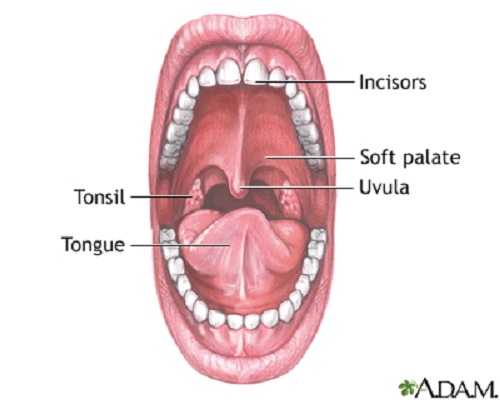 The human body has a range of different organs that perform a vast array of functions that are imperative to survival. The uvula and epiglottis make up important organs that aid essential functions within the respiratory and digestive systems in mammals. Unfortunately, these two organs are often mistaken for being the same protrusion found at the back of the throat which is not the case [1]. The uvula hangs from the palate and is visible to the naked eye when the mouth is open while the epiglottis on the other hands refers to a flap that serves as a covering to the glottis and is located much lower down. In addition, some of the uvula and epiglottis functions may be specific to humans and are not found in other animals making them imperative to human survival.

What is the uvula?

The uvula is defined as being a soft tissue-like structure which consists of muscles and connective tissue and is lined with a mucus membrane [2]. It is commonly referred to as a piece of flesh that hangs at the back of the throat.

Where is the uvula located?

The uvula is found hanging from the end of the velum at the base of the tongue. It resembles a wedge-shaped punching bag-like structure and can be seen dangling from the roof of the mouth when looking into a mirror.

What is the function of the uvula?

While the exact function of the uvula is still unknown, certain studies have shown that it may play a role in excreting saliva and helping to close the epiglottis. This functions as a kind of trigger-like action to prevent food from entering the trachea. When food brushes against the uvula, a signal is sent to the brain which stimulates the closing of the epiglottis. It has further been suggested that the uvula may also aid in preventing food from entering the nasal cavities and serving as a drain for mucus [4]. The uvula seals off the passageway between the throat and nose which is known as the nasopharynx and assists with keeping food and liquid in the right place. This seal between the throat and nose is also thought to help prevent what some people refer to as a nasal-sounding voice by directing the air and vocal vibrations out of the mouth instead of the nose. In addition, the uvula may help to drain any mucus or direct the flow of mucus from the nasal cavities towards the base of the tongue and down the throat.

The uvula is also thought to induce the gag reflex, cause chronic coughing and lead to sleep apnea and snoring. It has been suggested that if something touches the uvula, it will cause a contraction at the back of the throat causing objects to be thrust forward in an attempt to prevent choking [5]. Hence many scientists believe that the sole purpose of the uvula is to help the gut expel any particles or objects that may be too large to swallow. Chronic coughing may also result due to an elongated uvula which causes irritation in the upper airways thereby inducing a coughing reflex.

In addition, it is also hypothesised that the uvula aids in creating a range of speech-related sounds through articulation. These particular sounds are produced while we speak and is imperative for proper speech production [2]. Together with the soft palate, throat and air from the lungs, the uvula is able to create a wide range of sounds that are commonly used when speaking in Caucasian, Turkish, German, French and Portuguese dialects. Further research into this has since led scientists to believe that the uvula’s primary purpose is to serve as an accessory to speech production [4]. Proper speech production requires the mouth to be properly lubricated. It is now thought that the uvula supplies the required lubrication in the form of saliva, thereby coating the throat and helping to keep it moist and lubricated. In addition to the above functions, it is also thought that the uvula plays some kind of immunological importance as it may serve as a site aimed to induce mucosal tolerance [5]. This occurs only on mucosal surfaces, causing the suppression of the body’s immune response to any ingested or inhaled antigens in an attempt to prevent the body from launching any unnecessary attacks against harmless substances like food particles or pollen grains.

What is the epiglottis?

The epiglottis can be defined as a leaf-shaped cartilaginous flap that hangs down the windpipe and which forms the border of the glottis opening [2]1. Cartilage is a tough elastic tissue made of small bundles of fibre that are highly elastic. The main function of cartilage is to enable the structure to be both sturdy and flexible. The cartilage tissue in the epiglottis is coated with mucus membranes to harden it slightly and allow it form a barrier before the trachea. At the same time, it is also flexible to allow for folding when the required actions are completed [3]. When food is swallowed, the epiglottis helps to keep it from entering the lungs. Without it, a person could possibly choke or cough while eating.

Where is the epiglottis located?

The epiglottis is a cartilaginous structure located in the throat behind the tongue and at the entrance of the larynx. It projects sideways at the rear of the tongue and hyoid bone. Normally the epiglottis points upwards allowing free passage of air into the trachea and larynx. During eating however, it is known to shut itself and block the opening into the trachea but after the swallowing of food, the epiglottis opens up again to allow for normal breathing.

What is the function of the epiglottis?

What are the differences between the uvula and the epiglottis?

The human body has hundreds of organs, each of which plays a vital role for survival. The uvula and epiglottis are imperative for digestion, respiration and in aiding the immunological response despite the need for further research into their exact functioning. Although often confused to be the same, it is clear from the above information that they differ greatly based on their structure, location and functioning.

Summary of differences between uvula and epiglottis