Differences Between Carbs and Calories 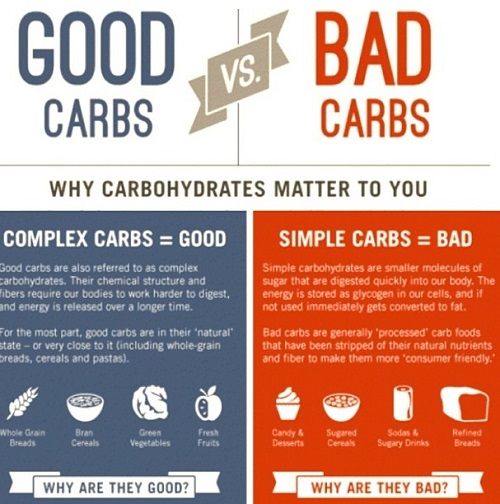 There are many different types of food nutrients available in the food we consume. Some of the famous food products available include carbohydrates, calories, proteins, vitamins, and fatty acids among others. It is important to highlight that all the foods indicated above have a significant number of differences concerning their health impacts in the body. This essay will focus on showing the differences between carbs and calories as some of the food nutrients that are highly related to the energy levels in our bodies.

A calorie is a term used to describe the measure of the energy present in foods. A measurement unit that is used to explain the amount of energy that is present in food and other products that are consumed by human beings as a source of energy and other nutrients. Calories are essential in our bodies because they play a vital role in the body functions while at the same period guaranteeing that the body performs its specific tasks when it is at rest.

Carb is a term used in food industry to refer to organic compounds that are formed when oxygen, carbon, and hydrogen are chemically combined. It is important to note that the sole purpose of carbs in the body is that they are split down to release energy that helps human beings to perform various tasks. Some of the carbs include sugar, starch, and cellulose.

Differences Between Carbs and Calories

One of the main difference between calories and carbs is the food in which they are contained. It is worth noting that some foods contain carbohydrates in larger amounts while others contain calories at significant amounts. It is also important to highlight that all foods contain calories, but not all foods contain carbs. Calories are significantly present in peanut butter, candy bars, cheese, fried foods, processed meat, and sausages. Animal fats, vegetables, and fish oils are also considered rich sources of calories. On the other hand, carbs are highly contained in a significant number of foods, which include cereals, noodles, potatoes, bread, fruits, and soft drinks among others.

According to medical practitioners, all nutrients are recommended for maximum growth of the body’s vital organs and to prevent the body against health issues. However, consumption of any nutrient beyond the recommended level may lead to health challenges. One of the main difference between calories and carbs is the amount recommended for intake. In the United States, the recommended calorie intake for young adult men is 2700 while the recommended daily intake for women is 2200 calories. It is important to note that children and older people are required to take less amount of calories.  The recommended daily intake of carbohydrates according to the United States is 225 and 325 grams per day. It is important to highlight that the amount of carbohydrates is significantly reduced because carbs are known to contain large amounts of calories.

Carbs and calories have a significant number of health effects especially in situations where they are consumed beyond prescriptions. Both calories and carbohydrates have different methods with which they express their health effects. Some of the health challenges associated with excessive consumption of calories include heart problems, nutrient deficiencies, chronic health issues among other health challenges that are facing people today. Some of the heart problems associated with excessive calorie consumption or lack of calories include blood pressure among others. On the other hand, excessive use of carbs includes nausea, constipation, diarrhoea, and ketosis among others.

Both calories and carbs play a significant role in determining the weight of an individual. It is important to note that consumption of carbs causes an increase in weight of an individual while calories can either increase or decrease the weight of a person. All the carbs consumed by an individual is converted into fats which are deposited below the skin of an individual hence leading to excessive weight gain. On the other hand, eating fewer calories and burning more than you consume leads to weight loss. On the other hand, calories can lead to weight gain where some individuals consume more calories than what they burn. It is recommended that all the individuals who wish to reduce their weights should consume fewer carbs while at the same ensuring that they burn more calories than their daily consumption.

The two diseases have been on the increase in present times due to uncontrolled consumption among individuals. Both calories and carbs play significant role in spread or reduction of the two lifestyle conditions. While burning of calories is highly known for its impacts in lowering obesity and reducing the chances of an individual becoming obese, excessive consumption of carbs significantly contributes to obesity and diabetic conditions. All carbohydrates consumed by an individual are converted to fats which can sometimes accumulate to cause obesity. Besides, continued consumption of carbs in long-term has been attributed to the developing type two diabetes in the world.

Summary of Carbs and Calories