Difference Between Animals And Birds 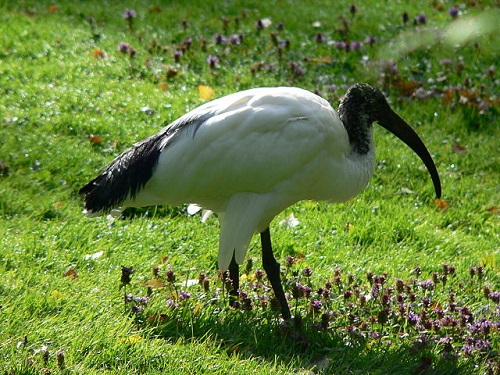 Biologically, an animal is a living thing that is not a human being or plant. A bird is classified in kingdom animalia meaning it is also an animal. Despite the fact that birds are animals, they have unique anatomic and physiological characteristics that distinguish them from the rest of the animals. The main evident differences between animals and birds include:

A beak is an external anatomical structure found in birds. Most animals have teeth, strong jaws and paws for attacking their prey. On the other hand, birds have beaks which they use for probing for food, killing preys, eating, grooming and also to feed their young ones. The beak is a unique identification of birds from other animals.

Most animals have their skeletons adapted to movement on the surface for example; walking is dominant. However the case, birds have their skeletons modified for flight. Most birds have lightweight skeletons and their bones lack bone marrow (hollow bones). Unlike other animals, birds have the two clavicles fused forming the furcula or bone-wish which is both flexible and strong enough to support the shoulder girdle during flapping. The many fused bones in birds including the collar bone and the bone-wish make the skeleton flexible for flight. Birds also have their sternums larger relative to the other body parts. The large sternum provides sturdy attachment points of wing muscles. For this reason, birds tend to be different from other animals.

All chordatas (animals that have a backbone), apart from birds, have bone marrow within their bones. Birds have bone cavities that are filled with air in place of the bone marrow. These cavities connect with the lungs of the respiratory system. This unique characteristic enables birds, unlike majority of the animals, to be airborne(able to fly) despite the gravitational effect.

It is biologically proven that from all other animals, it is only birds that do not possess a diaphragm. In place of the diaphragm, birds have air sacs. Air sacs are spaces within the bird where there is constant presence of air. Air is moved in and out of the bird’s respiratory system through pressure changes in the air sacs. The air sacs also extend into some bone cavities and this makes the respiratory system of the birds more efficient. Air sacs also help to keep birds cool by expelling heat; this is quite useful because birds do not sweat.

Other groups of animals have their whole bodies covered fur or scales. Birds stand out to be different or unique from the rest of the animals in that; it is now proven that birds are the only living creatures that have feathers. Birds have two types of flight feathers found on the wings: thrust-producing feathers at the tip of the wing and lift providing secondary feathers. Not only flying, birds use their feathers for different purposes such as: regulating body temperatures, camouflaging, attracting mates, territorial dominance among others.

It can be generally concluded that birds are quite different when compared with other animals.