Difference Between Naïve and Innocent 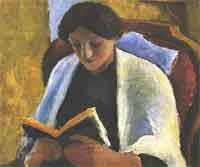 Children are naturally innocent; they see and perceive things with eyes and thoughts that are not tarnished with anything bad or unpleasant. For them, everything is fresh and untouched and is there for them to explore and experience.
As they grow, their innocence wanes, and although they might retain certain characteristics of childhood, their innocence is replaced by naiveté. Although they might not be as carefree as they were when they were children, they still possess a certain amount of purity.
Being innocent and being naïve may be synonymous, but they are different and have attributes that are distinct from each other. Innocence is the trait of being unaware about anything in the world while naiveté is being unable to properly function in society.
“Innocent” is defined as “a trait or characteristic of a person who is sinless and uncorrupted by evil, malice, or wrongdoing and as such, is not tainted with any unpleasant emotion.” A good example would be a child who, as compared to adults, is inexperienced and has no knowledge of worldly and evil things.
The term comes from the Latin word which means “free from” and “nocere” which means “hurt or injure.” So it literally means “free from injury or hurt” and can also refer to a person’s lack of the capacity to do harm or injure another.
An innocent person is harmless, has a good nature, and is more candid and straightforward as compared to his peers. It is different from ignorance which is the lack of knowledge, information, and education and is considered as a form of incompetence.
“Naïve” is defined as “a trait or characteristic of a person who is simple and one who is lacking in experience and guile.” He does not have any treacherous or cunning thoughts and does not know of any tricks to deceive anyone.
The term comes from the French word “naïve” which is derived from the Old French word “naïf” that means “natural or native.” It may also have come from the Latin word “nativus” which means “native, natural, or rustic.”
Being naïve is having the characteristic that is free from artifice, complexity, and pretentiousness. A naïve person is not aware or concerned about the reactions of others toward his actions or personality. Nor is he concerned about any of the mundane things that the world offers.

1.“Innocent” is the trait of a person who is uncorrupted by evil, malice, or wrongdoing while “naïve” is the trait of a person who is lacking in experience and is free from any cunning or treacherous thoughts.
2.An innocent person does not have any unpleasant thoughts or emotion while a naïve person is free from complexity or pretentiousness.
3.Both “innocent” and “naïve” are characteristics that show a lack of the capacity to injure. “Innocent” refers to inexperience and the absence of knowledge about worldly or evil things while “naïve” refers to unconcern about mundane things or the reaction of people to his actions or personality.