Difference Between LED and Incandescent 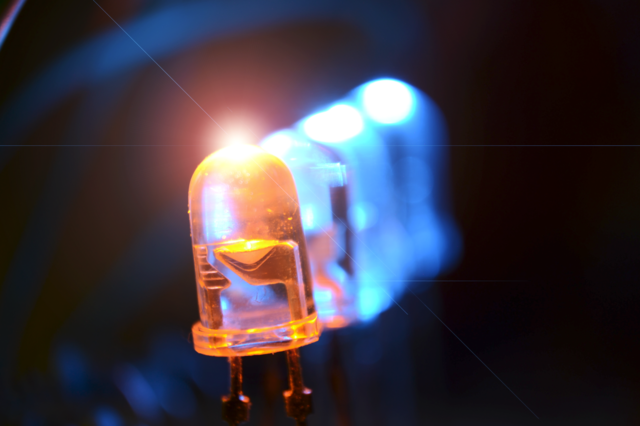 If you could have only seen the earth from up above a few hundred years ago, everything would have been dark like the oak forests. We would still be living in a dark age and scientists would still be racing against each other for a ray of light, if Thomas Alva Edison hadn’t created the incandescent electric light bulb. Edison perfected the light bulb over years and it wasn’t until then people realized that electric incandescent lights were meant to be much more than just light. The ability to see in the dark eventually changed the fundamental patterns of human life. Now that the nights are flooded with artificial lights, evidence of our illumination reaches farther into space.

The incandescent light did solve the basic problem of lighting the dark, plus it also managed to keep off the smell that usually came with gaslights. For years, the creation of incandescent light has been regarded as the greatest act of invention and the most visible part of Edison’s creation was the light bulb itself. While incandescent marked just one milestone in a push for stronger light, the more advanced and energy-efficient light emitting diodes (LEDs) created a change in kind. During the late 2000s, incandescent lamps were gradually phased out, shifting the country’s lighting future to better alternatives such as LEDs. 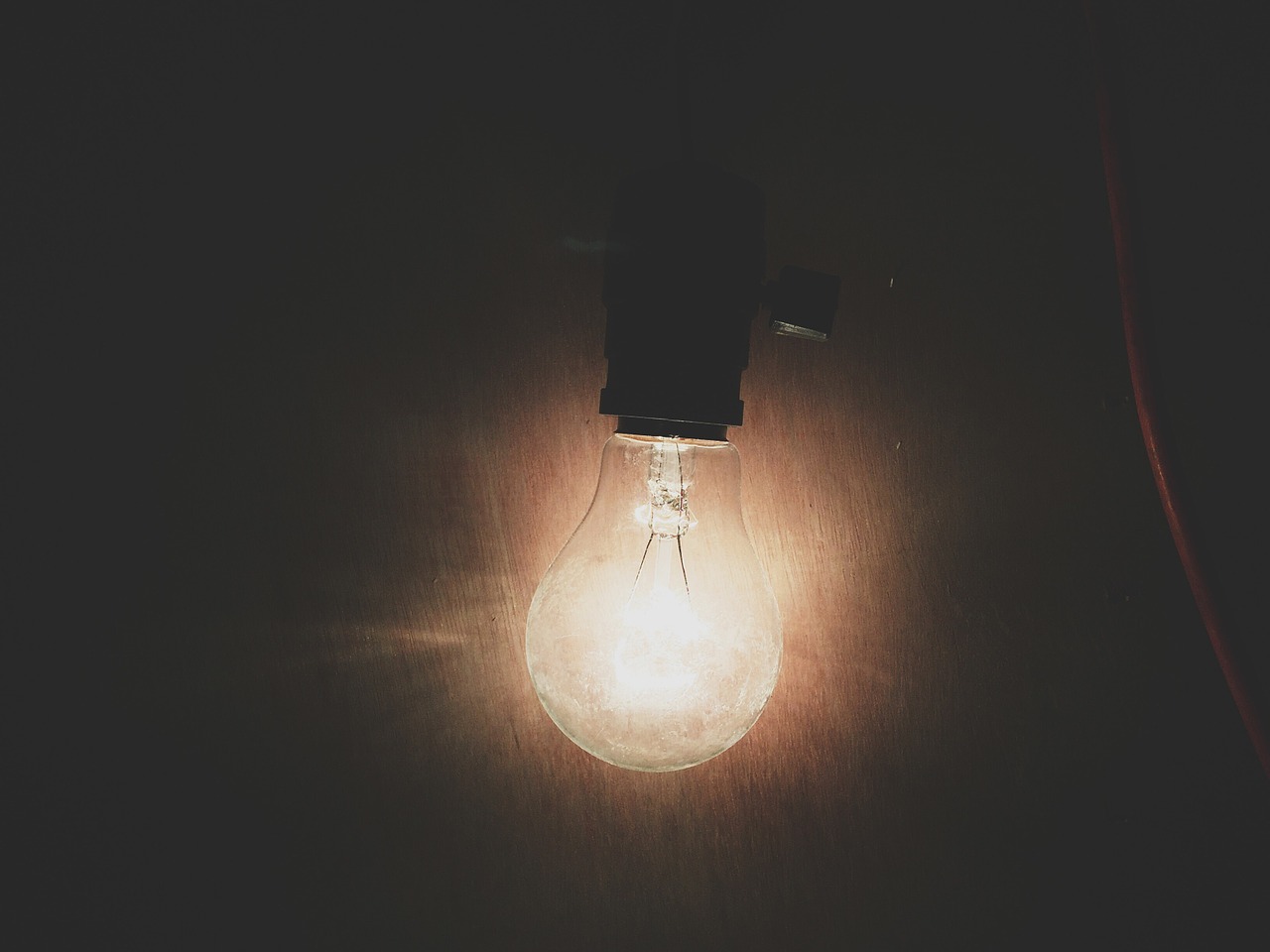 What is Incandescent Bulb?

For centuries, incandescent light bulbs have been the sole source of light and are still in use today. The term incandescence means a bright light emitted from a substance when it’s very hot. It’s a light source that uses electricity to heat the filament until it’s hot enough to glow. There’s a thin strand of material called a filament inside an incandescent bulb. When electricity flows through the filament, it gets so hot that it glows brightly. The filament is usually made of tungsten and the globe of the bulb is filled with an inert gas to prevent the metal from burning in the presence of oxygen. The filament is heated to over 2,200 degrees centigrade to release a wavelength only humans can see, otherwise known as visible light. But they are inefficient and waste a great amount of energy generating heat instead of light.

What is Light Emitting Diode (LED)?

Light emitting diodes, or simply referred to as LEDs, are tiny light bulbs that are found virtually anywhere. In LEDs, light is given off due to the movement of electrons within a semiconductor device that has a varying ability to conduct electrical current. The diode has two electrodes – anode with a positive charge and cathode with a negative charge – connected by a wire that meets in the LED chip. As the electrons move back and forth to equalize the charges, they release light, a phenomenon known as electroluminescence. The conductor material inside an LED is typically aluminum-gallium-arsenide. LEDs are far more efficient and consume less electricity than their incandescent counterparts, and last almost 25 times longer. Today, LEDs are everywhere, from homes to offices to commercial establishments.

Difference between LED and Incandescent

– An incandescent light bulb is a source of light containing a thin strand of material called a filament within a vacuum-filled glass bulb that uses electricity to heat the filament until it glow. When electricity flows through the filament, it is heated to over 2,200 degrees centigrade and it gets so hot that it glows emitting a bright visible light. Light emitting diodes (LEDs) are tiny light bulbs that emit light due to the movement of electrons within a semiconductor device that has a varying ability to conduct electrical current.

– Lighting efficiency is described in terms of “efficacy”, which is the measure of lumens emitted per watt of electricity consumed. Incandescent light bulbs are the oldest type of lamp. Standard incandescent light bulbs have efficacies of 10 to 17 lumens per watt. A 100-watt incandescent lamp that emits 1200 lumens of light has an efficacy of 12, while an equivalent 12-watt LED bulb that emits 1200 lumens has an efficacy of 100, which is more than eight times higher than incandescent, so use very less electricity while emitting the same amount of light. 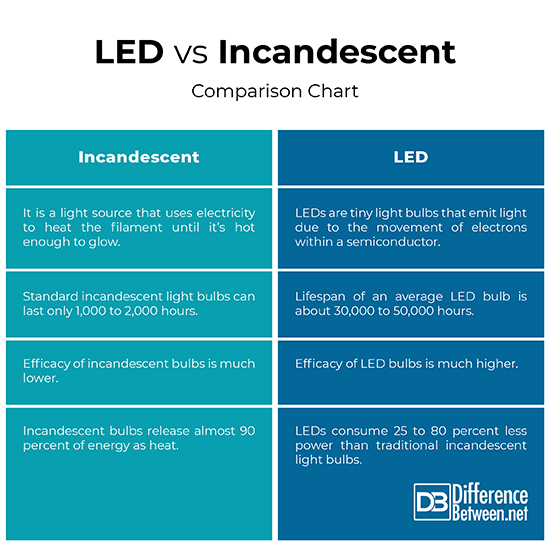 Summary of LED vs. Incandescent

Outside his professional life, Sagar loves to connect with people from different cultures and origin. You can say he is curious by nature. He believes everyone is a learning experience and it brings a certain excitement, kind of a curiosity to keep going. It may feel silly at first, but it loosens you up after a while and makes it easier for you to start conversations with total strangers – that’s what he said."
Latest posts by Sagar Khillar (see all)
Share Tweet Pin Mail
Categories: Hardware, Household Equipments, Technology
Tags: Incandescent, led
previous post Difference Between Amazon and Best Buy
next post Difference Between Gen X And Gen Y