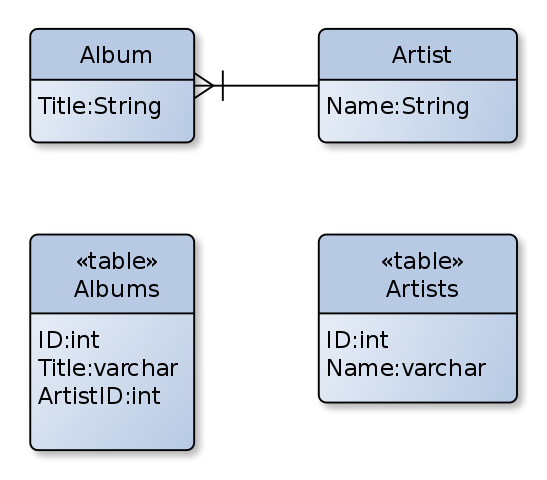 Keys are fundamental elements of the relational database because they establish a relationship between a pair of tables and ensure each record in a table is uniquely identified. Keys have a more particular significance than establishing relationships; they also help with Referential Integrity and they are a major component of table-level integrity. Tables store huge chunks of data in them which usually extend to thousands of records all of which are unsorted and disorganized. Fetching a particular data from those numerous records can be difficult at times or sometimes impossible. This is where Keys come to picture. Here, we will study about the two very important keys of the relational database schema and the difference between them: Primary key and Foreign Key. 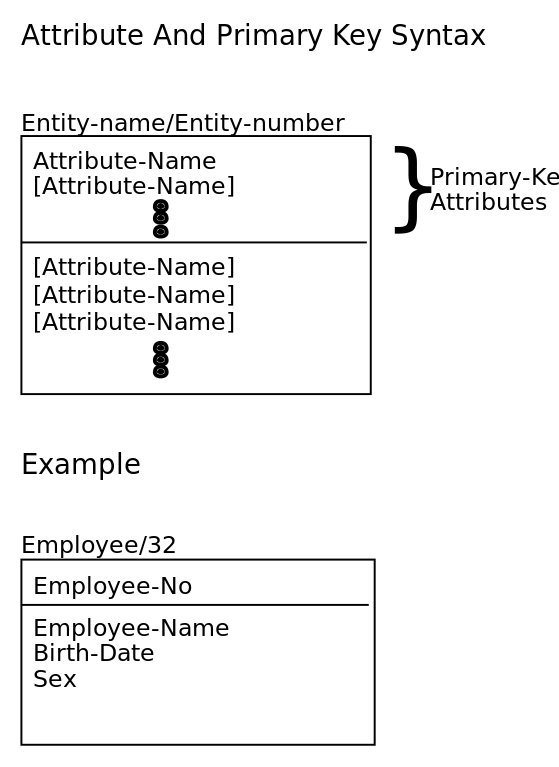 What is a Primary Key?

What is a Foreign Key?

A foreign key refers to a field or a collection of fields in a database record that uniquely identifies a key field of another database record in some other table. In simple terms, it establishes a link between records in two different tables in a database. It can be a column in a table that points to the primary key columns meaning a foreign key defined in a table refers to the primary key of some other table. References are crucial in relational databases to establish links between records which is essential for sorting databases. Foreign keys play an important role in relational database normalization especially when tables need to access other tables.

A primary key is a special key in a relational database that acts as a unique identifier for each record meaning it uniquely identifies each row/record in a table and its value should be unique for each row of the table. A foreign key, on the other hand, is a field in one table that link two tables together. It refers to a column or a group of columns that uniquely identifies a row of another table or same table.

One of the main differences between the two is that unlike primary keys, foreign keys can also contain NULL values. A table in a relational database can have only one primary key which does not allow NULL values. 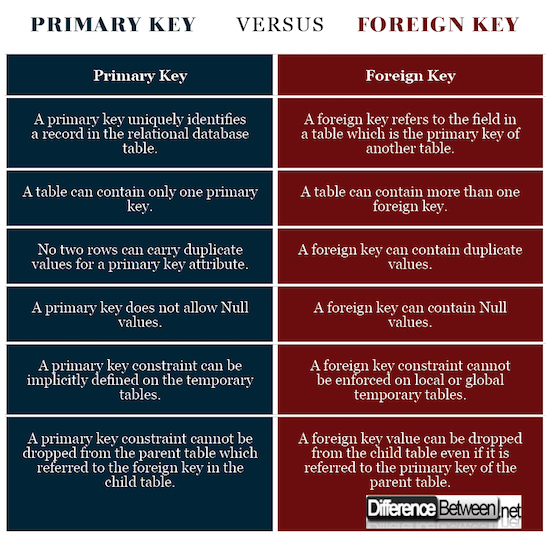 Keys play a crucial role in the existence of database schema to establish links between tables and within a table. Keys establish relationships and enforce different types of integrity, especially table-level and relationship-level integrity. For one, they make sure table contains unique records and the fields you use to establish a relationship between tables must contain matching values. Primary key and foreign key are the two most important and common types of keys used in relational databases. A primary key is a special key used to uniquely identify records in a table, whereas a foreign key is used to establish relationship between two tables. Both are identical in structure but play different roles in relational database schema.

Outside his professional life, Sagar loves to connect with people from different cultures and origin. You can say he is curious by nature. He believes everyone is a learning experience and it brings a certain excitement, kind of a curiosity to keep going. It may feel silly at first, but it loosens you up after a while and makes it easier for you to start conversations with total strangers – that’s what he said."
Latest posts by Sagar Khillar (see all)
Share Tweet Pin Mail
Categories: Software, Technology
Tags: Foreign Key, Primary Key
previous post Difference Between GitHub and GitLab
next post Difference between Limited Liability Company (LLC) and Limited Liability Partnership (LLP)