Difference Between Strong and Weak AI 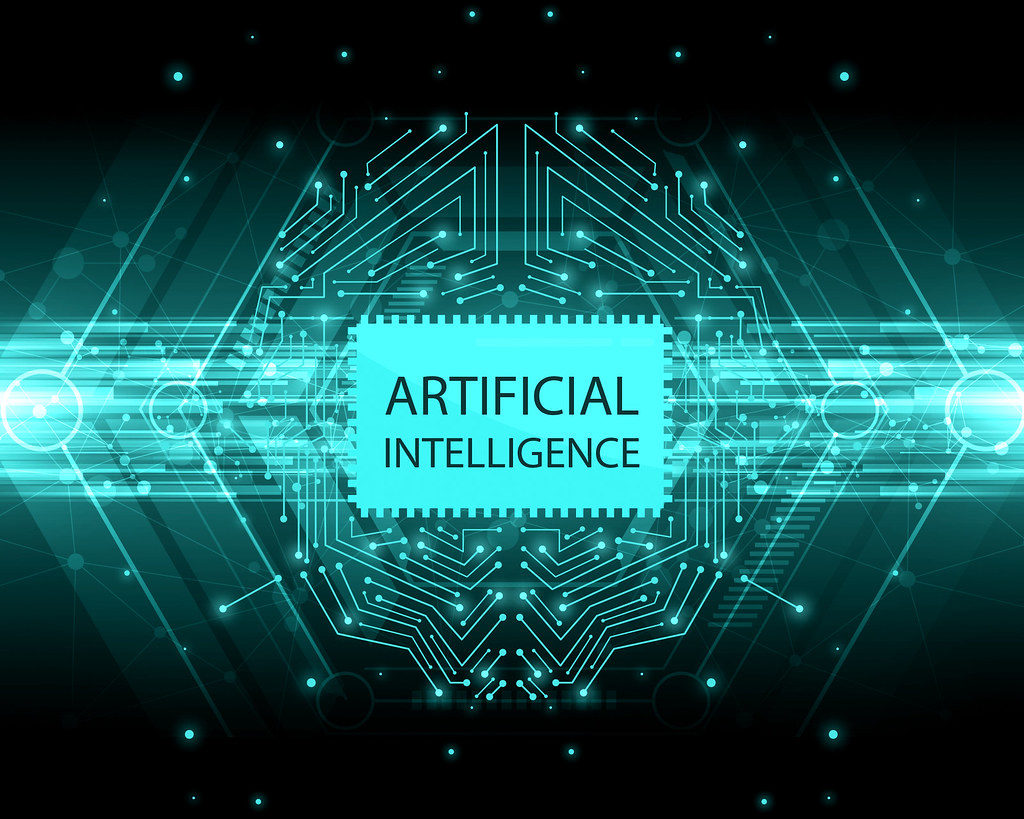 The term “Artificial Intelligence” is often being misused or misunderstood, but the technology is doing more good than bad. The earlier developments in the field of AI might not be relevant today, but the process has gone through significant changes over the years. Although, AI is considered one of the newest fields of intellectual research, its foundation was set thousands of years ago. But today, AI is on everyone lips and there’s a not a single day goes by without hearing about AI. Today, AI is everywhere, from automation to augmentation to beyond, it’s already revolutionizing everything.

That being said, there are two themes of thoughts in AI, namely weak AI and strong AI. The so-called personal assistants we are so fond of nowadays like Google Assistant, Siri, and Alexa are considered weak AI programs because they operate within a limited pre-defined set of functions. Then there are machines with the mind of their own which can make independent decisions without human interference. These programs could be considered strong AI. Let’s take a look at the key differences between strong AI and weak AI. 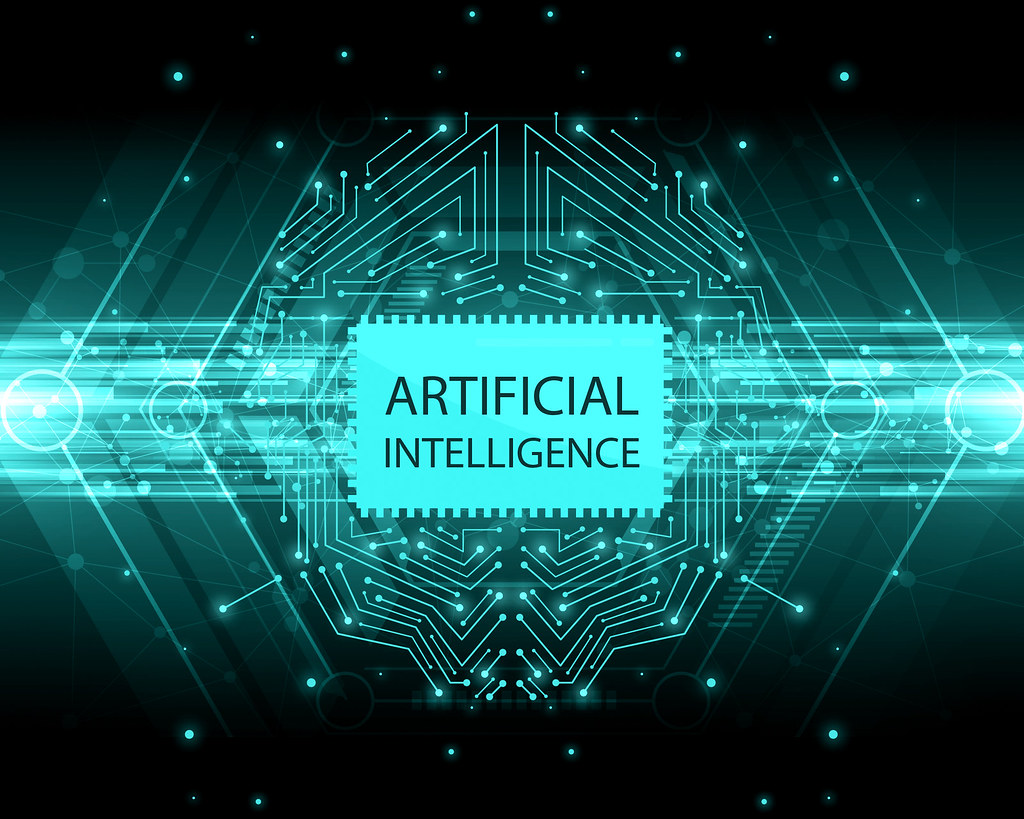 What is Weak AI?

Weak AI, also known as narrow AI, is artificial intelligence with limited functionality. Weak AI refers to the use of advanced algorithms to accomplish specific problem solving or reasoning tasks that do not encompass the full range of human cognitive abilities. For example, the voice-based personal assistants such as Siri and Alexa could be considered weak AI programs because they operate within a limited pre-defined set of functions meaning they often have a programmed response. Weak AI is not so enthusiastic about the outcomes of AI; it is simply the view that intelligent behavior can be modeled and used by machines to solve complex problems and tasks. But just because a machine can behave intelligently does not prove that it is actually smart in a way that a human is. The best example of weak AI is Siri and Alexa, or Google Search. 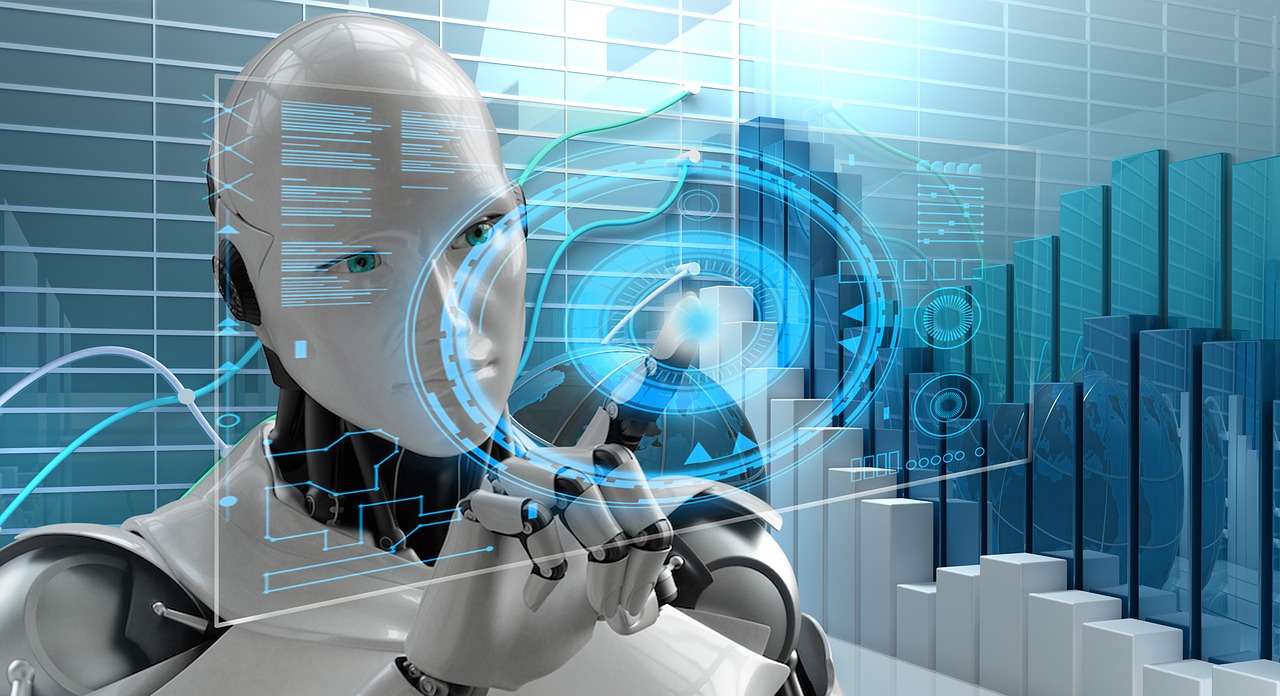 What is Strong AI?

Strong AI is a theoretical form of machine intelligence which supports the view that machines can really develop human consciousness equal to human beings. Strong AI refers to machines or programs with the mind of their own and which can think and accomplish complex tasks on their own without any human interference. Strong AI has complex algorithm that helps systems act in different situations and the strong AI-powered machines can make independent decisions without human interaction. Strong AI-powered machines can carry complex tasks on their own just like human beings do. It simply states that a computing machine with the appropriate functional organization has a mind that perceives, thinks, and intends like a human mind. This is AI we see in sci-fi movies like “Her”, “The Terminator”, “I-Robot”, “WALL-E”and more.

Difference between Strong and Weak AI

– Strong AI is a theoretical form of artificial intelligence which supports the view that machines can really develop human intelligence and consciousness in the same way that a human in conscious. Strong AI refers to a hypothetical machine that exhibits human cognitive abilities. Weak AI (also known as narrow AI), on the other hand, is a form of artificial intelligence that refers to the use of advanced algorithms to accomplish specific problem solving or reasoning tasks that do not encompass the full range of human cognitive abilities.

– Functions are limited in weak AI as compared to strong AI. Weak AI does not achieve self-awareness or demonstrate a wide range of human cognitive abilities that a human may have. Weak AI refers to systems that are programmed to accomplish a wide range problems but operate within a pre-determined or pre-defined range of functions. Strong AI, on the other hand, refers to machines that exhibit human intelligence. The idea is to develop artificial intelligence to the point where human interact with machines that are conscious, intelligent and driven by emotions and self-awareness.

– The goal of weak AI is to create a technology that allows allows machines and computers to to accomplish specific problem solving or reasoning tasks at a significantly quicker pace than a human can. But it does not necessarily incorporate any real world knowledge about the world of the problem that is being solved. The goal of strong AI is to develop artificial intelligence to the point where it can be considered true human intelligence. Strong AI is a type of which does not exist yet in its true form. 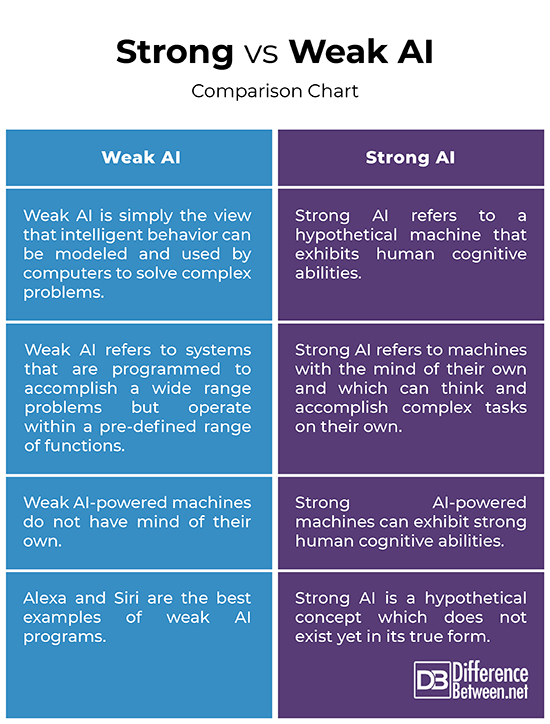 Summary of Strong vs. Weak AI

In a nutshell, Strong AI is essentially a type of artificial intelligence that is advanced enough to be considered true intelligence. Strong AI supports a view that a computing machine with the appropriate functional organization has a mind that perceives, thinks and intends like a human mind. Weak AI, on the other hand, does not achieve self-awareness or demonstrate a wide range of human cognitive abilities. However, weak AI programs cannot be considered intelligent because they cannot really think and take decisions on their own like humans do.

Outside his professional life, Sagar loves to connect with people from different cultures and origin. You can say he is curious by nature. He believes everyone is a learning experience and it brings a certain excitement, kind of a curiosity to keep going. It may feel silly at first, but it loosens you up after a while and makes it easier for you to start conversations with total strangers – that’s what he said."
Latest posts by Sagar Khillar (see all)
Share Tweet Pin Mail
Categories: Technology
Tags: Strong AI, Weak AI
previous post Difference Between PlayStation and Xbox
next post Difference Between Webinar and Meeting Zoom