Difference Between Thermal Throttling and Overclocking

Since the days of the mainframe, CPUs have gone through major changes to continually address the rapidly changing users’ needs.

As computers have become faster, CPUs have become more efficient and capable, which ultimately triggered a significant surge in energy consumption that would require more power. CPU technologies have evolved over the years to meet users’ changing requirements. There are a number of technologies employed in CPU, the most common of which is the clock speed along with thermal throttling and Overclocking.

Modern CPUs have thermal throttling function that would allow the CPU to lower its speed to bring the temperature under control in case the CPU overheats. Overclocking is another phenomenon which would allow the CPU or other components of a computer to run at a higher clock rate.

What is Thermal Throttling?

Thermal throttling is a power saving technique used in modern computer systems which allows for reducing the operating frequency of the CPU in order to reduce its temperature. It ensures the temperature stays within specified limits. This mechanism is very common in mobile device processors, where heat generation is the key issue of the power usage. It’s an energy-saving feature that autonomously responds to increased temperature conditions, mostly overheating by slowing down the clock speed and reducing the voltage that the component draws at the time of throttling. 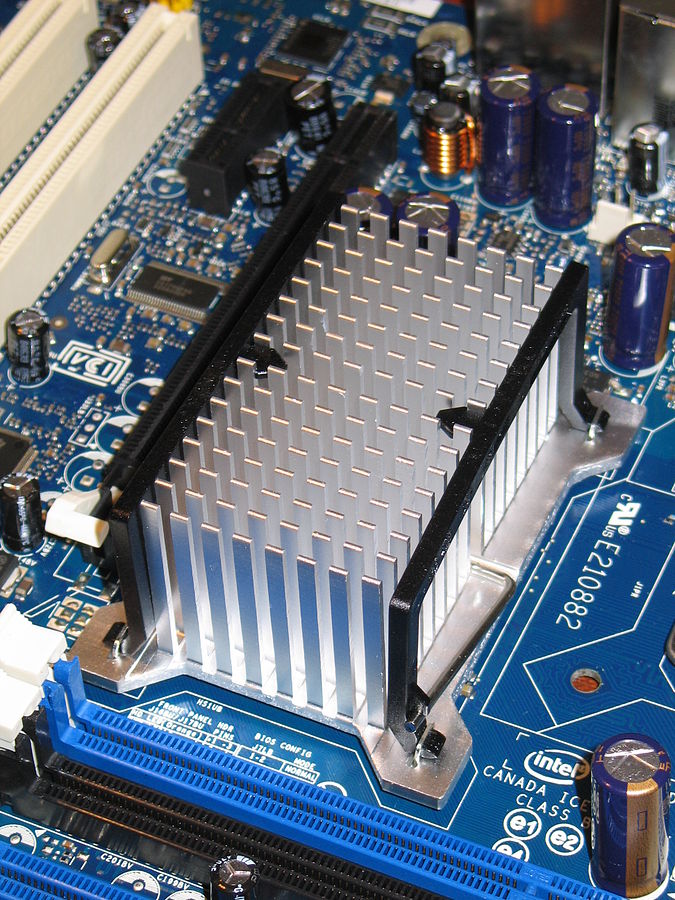 Difference between Thermal Throttling and Overclocking

– Thermal Throttling, or simply referred to as Throttling, is one of the many features that allows the CPU to keep the temperature within limits by adjusting the clock speed of the CPU based on the amount of heat it generates.

In simple terms, throttling ensures the temperature stays within limits when it begins to enter a high temperature range.

Overclocking, on the other hand, is the practice of forcing a CPU or other component of the computer to run at a higher clock rate than it was originally designed to run.

– Thermal throttling is a common feature on most modern CPUs and GPUs which allows the clock frequency to drop to a lower value and reduce the voltage to save energy and reduce heat dissipation. It is a power-saving feature in Windows that is triggered autonomously which ultimately slows down the CPU’s clock speed.

Overclocking, on the other hand, is when you intentionally set your CPU multiplier higher to increase the speed of the processor so that you’ll achieve more performance, which in turn speeds up every other process on your computer.

– CPU throttling is also known as dynamic frequency scaling which means adjusting the clock frequency of the CPU. It is a technique where the frequency of the processor is automatically adjusted to conserve power when there’s load on the CPU, forcing it to run at a lower speed. This keeps the CPU cool to keep the temperature within a set range, which affects the performance of the CPU.

Overclocking your CPU simply means resetting some component of the computer to make it run faster than its original specifications. This increases the performance of the CPU significantly.

– Forcing the CPU to change speeds is called thermal throttling. It is an energy-saving feature that prevents components from overheating and guarantees data reliability. It independently responds to increased temperature conditions by keeping the temperature of the CPU and other components of the computer within a specific threshold limit.

Overclocking means interfering with the device’s default settings to increase the CPU speed, which comes at a cost of increased heat production. That can cause damage to the motherboard, CPU, and other components of the computer. 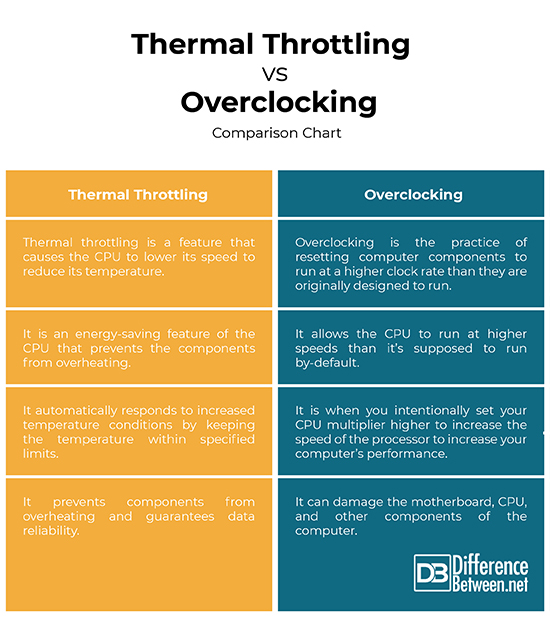 Summary of Thermal Throttling Vs. Overclocking

In a nutshell, every component of a computer has temperature limits before they incur potential damage. Thermal throttling kicks in when a component reaches this limit and then lowers the clock speed of the CPU to keep the temperature from exceeding the threshold limit. It prevents the components from overheating and possibly breaking.

Overclocking is when you force the CPU to run at higher speeds than the manufacturer-specified speed. The idea behind Overclocking is to boost performance by interfering with the components’ default settings, which comes at a cost. However, Overclocking comes with risks which include damage to the components and reduction of lifespan.

Outside his professional life, Sagar loves to connect with people from different cultures and origin. You can say he is curious by nature. He believes everyone is a learning experience and it brings a certain excitement, kind of a curiosity to keep going. It may feel silly at first, but it loosens you up after a while and makes it easier for you to start conversations with total strangers – that’s what he said."
Latest posts by Sagar Khillar (see all)
Share Tweet Pin Mail
Categories: Hardware, Technology
Tags: Overclocking, Thermal Throttling
previous post Difference Between Trump and Obama Immigration Policies
next post Difference Between Node.js and AngularJS