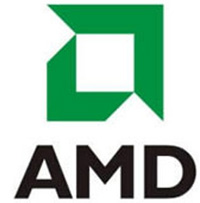 The AMD Sempron and Intel Celeron are the budget processors that are being marketed by both companies to meet the demands of the low-end market. These are not totally new processor designs, but are scaled down versions of their flagship models, with some features removed to lower its price and performance. The most notable difference between the Sempron and the Celeron is in its clock speed. The Celerons have a much higher clock speed compared to their equivalent AMD counterparts.

The difference in clock speed stems from a fundamental variation in processor design, that defines how the processor performs. Intel uses a very long pipeline that raises its raw clock speed, but is a bit more difficult to fill; this results in fewer commands being completed in every clock cycle. The shorter pipeline on the Sempron results in a lower clock speed, but a more efficient use of every cycle. Although it is rare for both processors to perform at par with each other, their performance is always more or less within range of each other. The performance difference would even be offset further, as they tend to lower the price of their product to match it’s performance.

Some of the more recent Sempron processors come with an unlocked multiplier. The multiplier is the number that is multiplied to the clock speed to obtain the speed at which the processor operates. The unlocked multiplier on some Semprons means that the user has total control of overclocking or underclocking their machines. Overclocking raises the performance of the computer while lowering stability, while underclocking does the exact opposite. Celeron processors have their multiplier locked, and the only way to overclock it is by raising the FSB, which can destabilize the system, as it also overclocks all other components attached to the system.

Lastly, Semprons and Celerons do not share the same socket type. This is a more significant difference than the connectors not matching up, as the electrical characteristics and the instruction sets do not match. Semprons and Celerons share the same socket type with their beefier counterparts, but not with each other. This is something to consider, as selecting a specific processor would dictate the motherboard that you would need to use.

1. The Celerons have much higher clock speeds than the Semprons.

3. The AMD Sempron and Intel Celeron do not use the same socket type.