Difference Between TikTok and Musical.ly 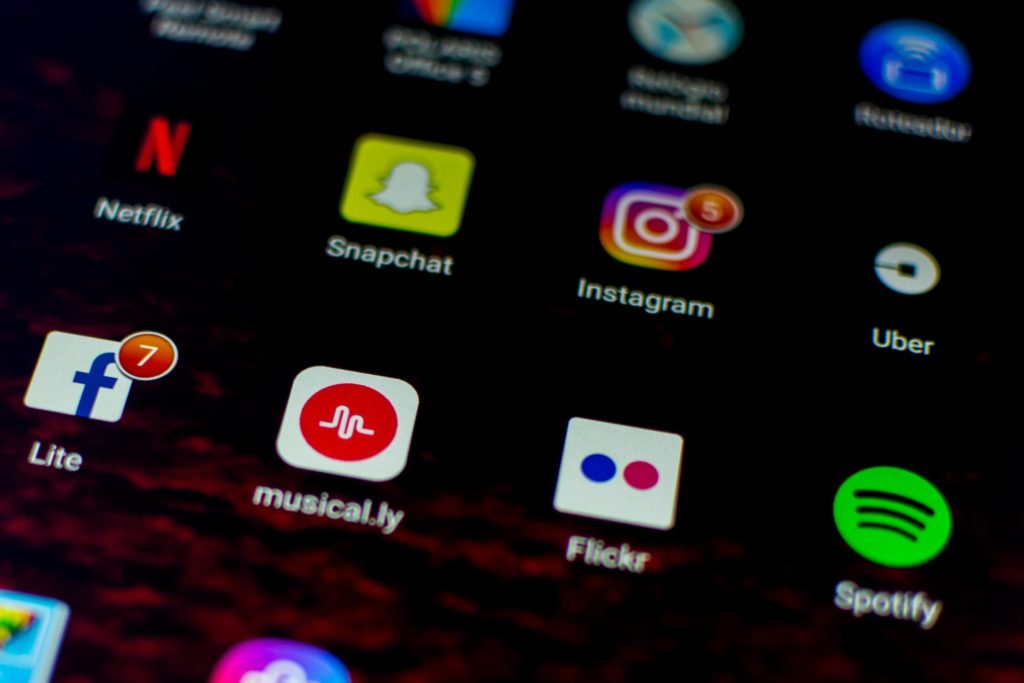 TikTok, formerly Musical.ly, is one of the latest online sensations to gain popularity among teens, especially young teenagers. Musical.ly was a video-sharing app that allows its users to create and post videos of 15-20 seconds and publish Livestream videos. Millions of people used Musical.ly as an outlet for creative expression and communication with friends. The idea was to connect with friends. It provides its users (called musers) with a list of popular songs from which they could choose shorter sections and use for their lip-syncs. One of the primary components of the videos is the selfies as users use their mobile phone cameras to record their lip-syncing performance and share it with the world.

The famous vide-sharing app Musical.ly was finally shut down after a Chinese technology company, ByteDance, who also owned TikTok, merged the two social media apps together and rebranded it TikTok. ByteDance merged the TikTok’s content on to the Musical.ly app and created a fresh new name with TikTok, marking the end of the Musical.ly era. As it seems, TikTok owes its fame to the once global sensation Musical.ly. Today, millions of teens use TikTok to create and post videos of themselves lip-syncing or dancing or both to their favorite songs and share them with the whole world to see. So, to fully understand TikTok, we need to understand its origins: Musical.ly. 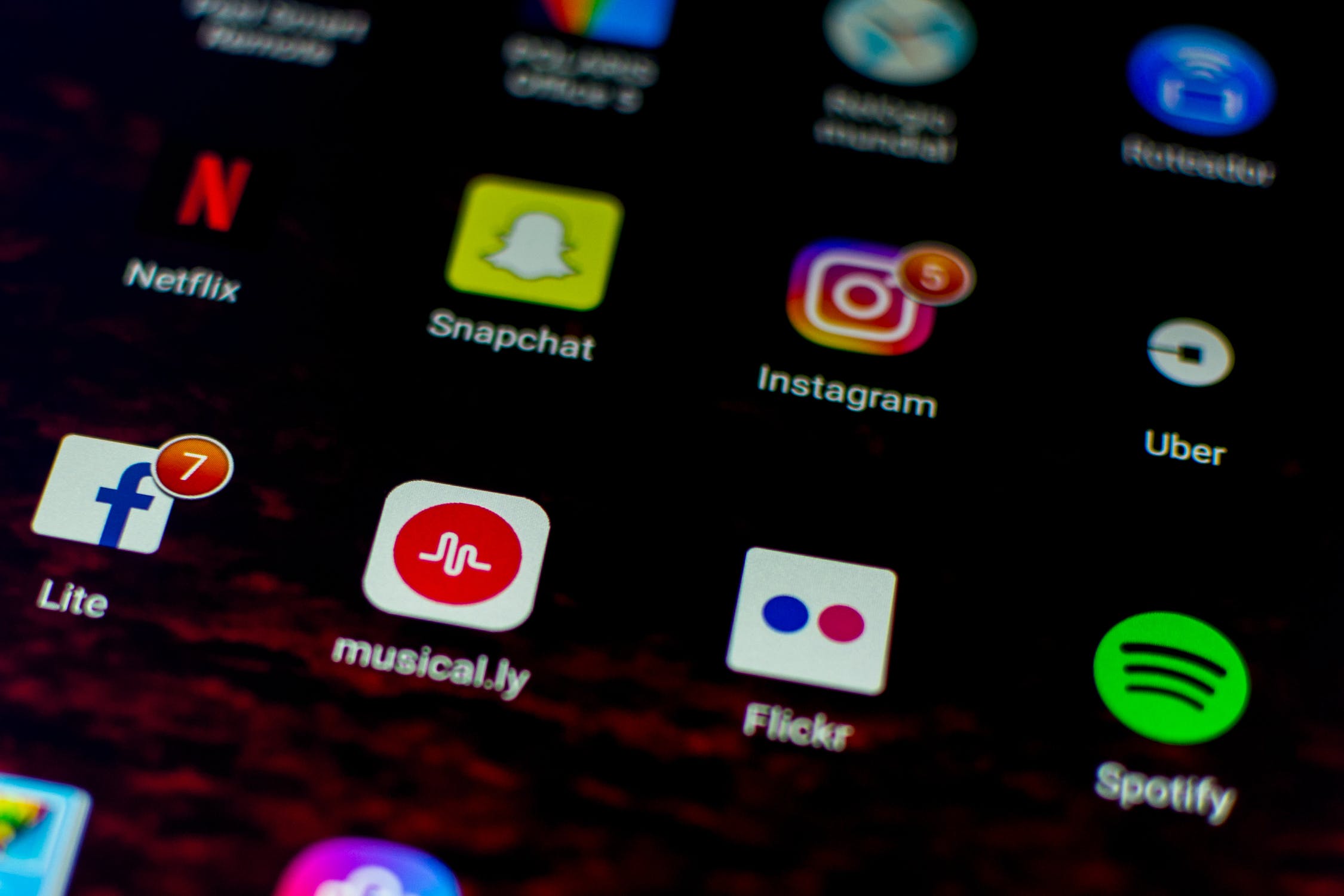 Musical.ly was a social media platform for creating and sharing short music videos. Musical.ly was a video-sharing app for making 15-second lip-syncing videos that launched in the United States in 2014 and quickly grew in popularity to 200 million registered users. Users used Musical.ly to post videos of themselves lip-syncing or dancing to their favorite tunes. Some sing or play instruments along with another song. Users could also other features like creating time-lapse or slow-motion videos and adding pre-set filters and effects. Users could create funny skits or make DIY videos with personalized sound tracks to accompany them. Users bid farewell to the infamous lip-syncing video app after ByteDance – a Chinese technology company that owned TikTok – merged the two apps into one, absorbing Musical.ly’s content and user base, and renamed it TikTok. 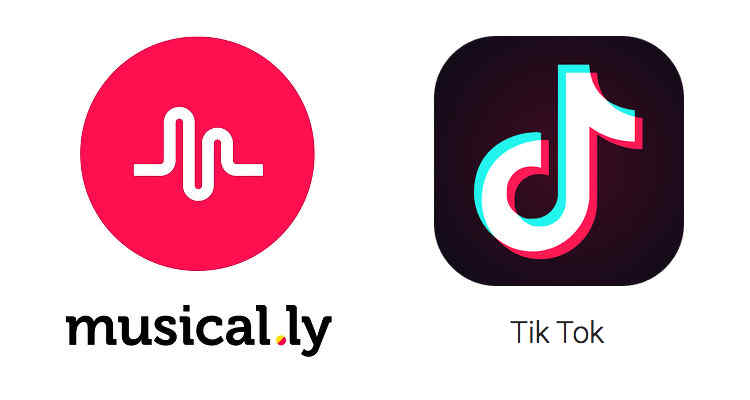 Formerly Muscial.ly, TikTok is probably the biggest online sensation most adults have never heard of but it is one of the most popular social media apps to gain momentum among teens. TikTok is a short-form, video-sharing app that allows users to create and share short videos. Known as Douyin in the People’s Republic of China, TikTok maintains a separate app for the Chinese market. TikTok was actually founded in China in 2016 and has more than 500 million active monthly users, which is beyond Twitter’s 335 million as of 2018. In fact, more than 40% of TikTok users live outside China. In the first quarter of 2018, TikTok was one of the most downloaded iOS apps in the world. As a video-sharing platform, users upload videos of themselves lip-syncing, telling jokes, dancing, etc.

Difference between TikTok and Musical.ly

History of  TikTok and Musical.ly

– Musical.ly is now TikTok. In 2018, the Chinese technology company ByteDance merged the two apps Musical.ly and TikTok into one, absorbing Musical.ly’s content and user base, and renamed it TikTok. Musical.ly was founded in China in 2014 by long-time friends Alex Zhu and Luyu Yang as a platform to incorporate music and video in a social network. TiKTok was created by ByteDance’s CEO and founder Zhang Yiming. TikTok was launched initially as Douyin in the People’s Republic of China in September 2016. Although their origins are different, they are owned by the same company who merged the two into one and rebranded it TikTok.

– Musical.ly was a video-sharing app that allows its users to create and post videos of 15-20 seconds and publish Livestream videos. It was a platform solely based on short music videos. TikTok is a video-sharing platform used by lip-syncers and others who enjoy expressing themselves through singing, dancing or both and comedy. Although the TikTok’s main content is music and video, it allows users to create and post videos that are not necessarily related to music. TikTok allows users to delve into their most creative and precious moments, even non-music videos of themselves. 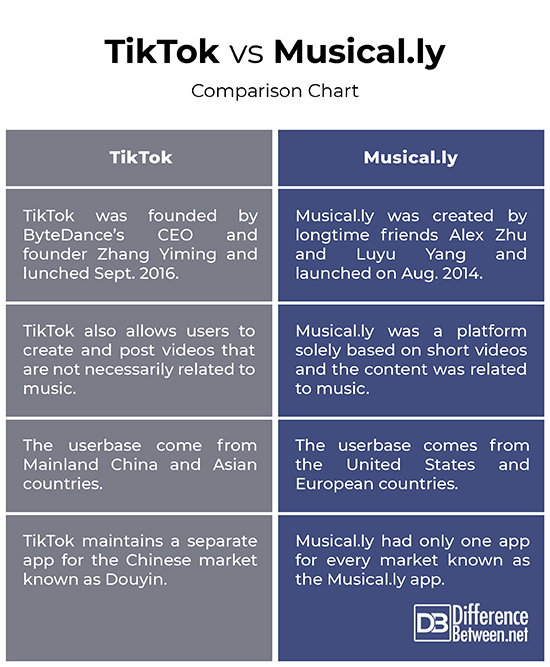 Summary of  TikTok vs. Musical.ly

In a nutshell, both TikTok and Musical.ly belong to the same parent company ByteDance – a Chinese technology company headquartered in Beijing, China. The company merged the two video-sharing apps TikTok and Musical.ly into a single consolidated app under the name TikTok. So, Musical.ly is now TikTok. As a video-sharing platform, TikTok allows users to upload videos of themselves lip-syncing, telling jokes, dancing etc. One of the primary elements of the videos is the selfies as users use their mobile phone cameras to record their lip-syncing performance and share it with the world.

Outside his professional life, Sagar loves to connect with people from different cultures and origin. You can say he is curious by nature. He believes everyone is a learning experience and it brings a certain excitement, kind of a curiosity to keep going. It may feel silly at first, but it loosens you up after a while and makes it easier for you to start conversations with total strangers – that’s what he said."
Latest posts by Sagar Khillar (see all)
Share Tweet Pin Mail
Categories: Entertainment, internet, Technology
Tags: Musical.ly, TikTok
previous post Difference Between Vendor and Subcontractor
next post Difference Between Green Tea and Matcha