Difference Between Dynasty and Empire 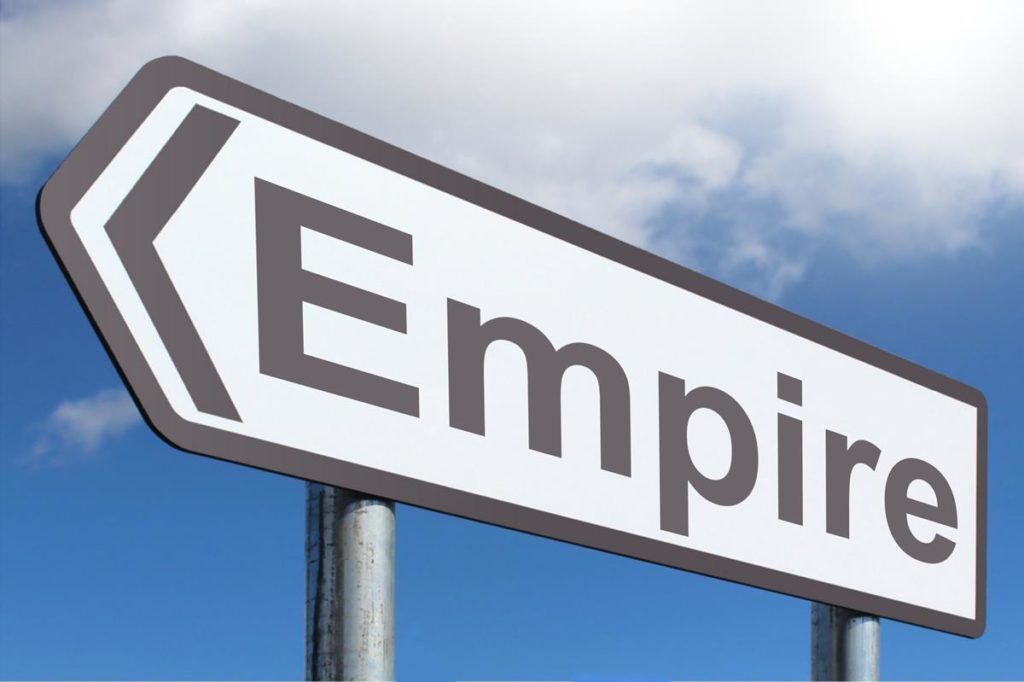 From time immemorial, the need to govern and rule has been of great importance in societies, which led to the formation of empires, kingdoms and dynasties all over the world. While many people do not take note of the difference between these ruling powers, they are different in significant ways.

Dynasties are the series of rulers who are from one family, and have nothing to do with countries and nations. An example of a dynasty is the Han Dynasty of China. 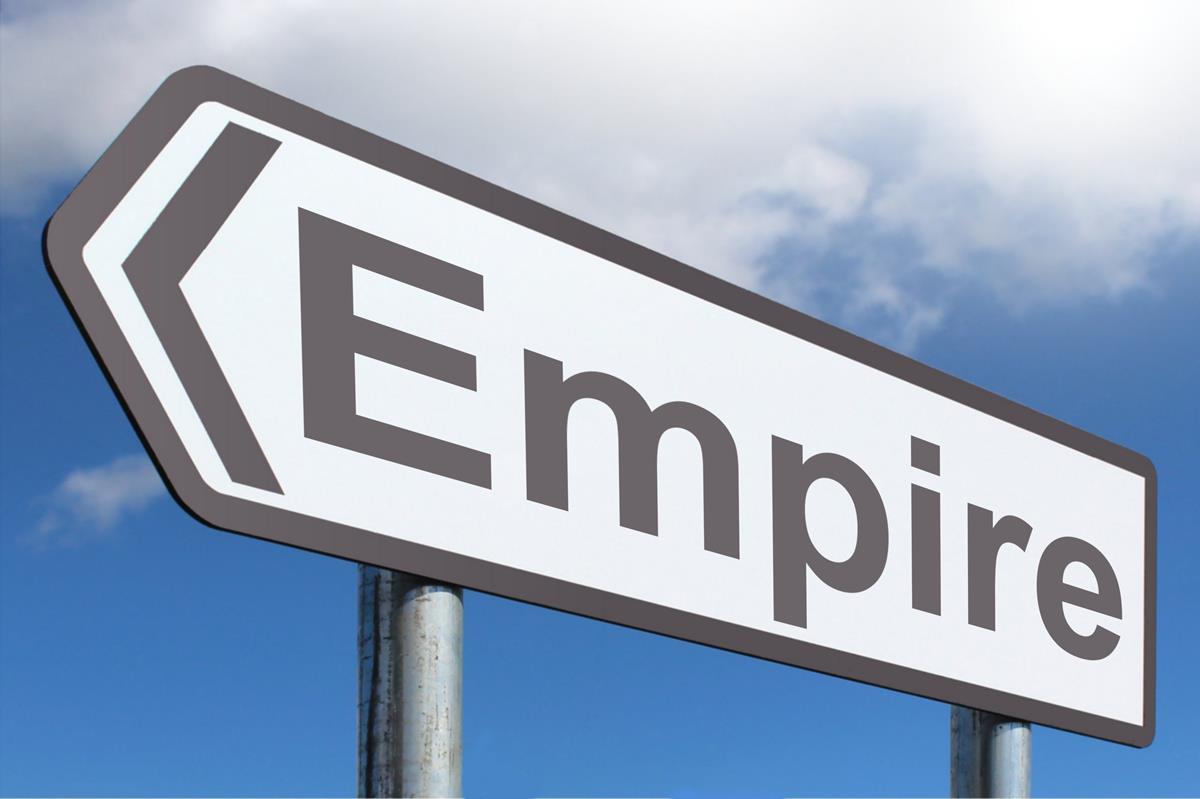 This is a large kingdom whereby the emperor or the empress rules, and may therefore hire representatives to assist in the governance. It may have different countries and nations under its rule, whereby the nations may be not be close to the head of the kingdom. It may also include small kingdoms who report to the highest authority.

The Empress Catherine of Russia is an example of an empire.

Similarities between Dynasty and Empire

Differences between Dynasty and Empire

While a dynasty is a series of rulers who are from one family, an empire is a large kingdom or territory whereby the emperor or the empress rules, and may therefore hire representatives to assist in the governance.

A dynasty is ruled by a series of rulers from the same family. On the other hand, an empire is ruled by an emperor or empress.

An example of a dynasty is the Han Dynasty of China. On the other hand, an example of an empire is The Empress Catherine of Russia. 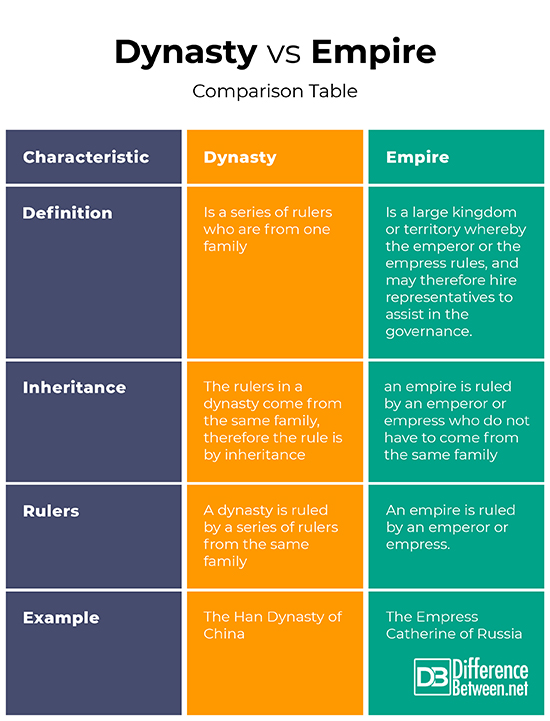 Summary of Dynasty vs. Empire

The role of a higher authority cannot be ignored. This is due to the fact that they set laws and rules which have to be adhered to, hence governing the region. Both dynasties and empires may have significant differences, but are of great use in the society.