Difference Between Pink Lemonade and Lemonade 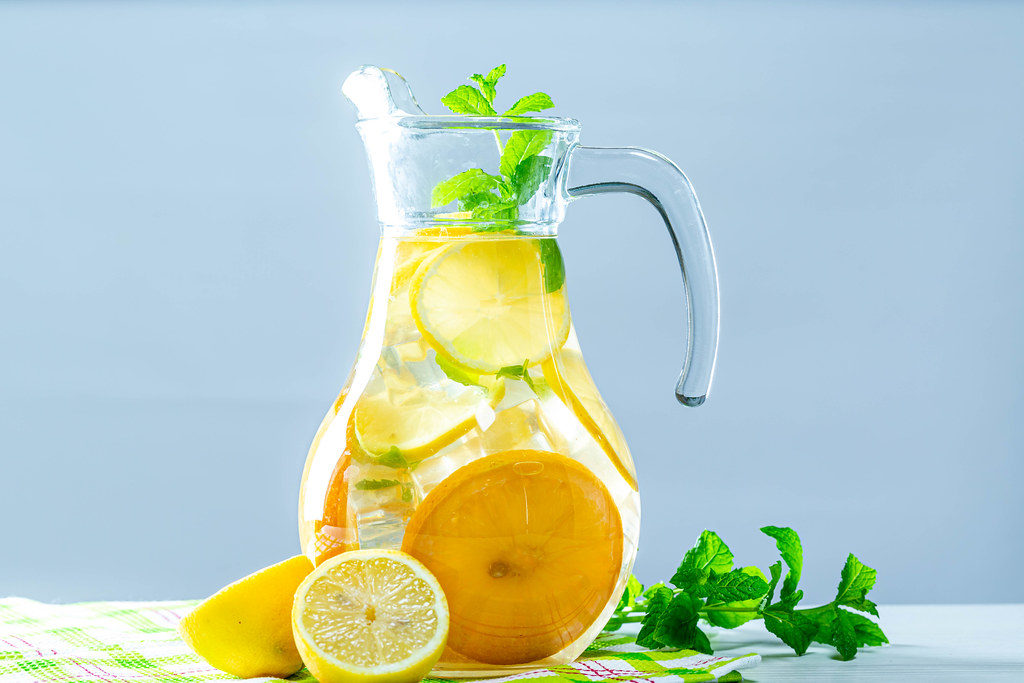 Pink lemonade and lemonade are popular summertime beverages drank as refreshments. Beyond the color, the two have no obvious difference. Both are made from the lemon fruit, which has a clear juice, and although there is a lemon fruit variant with a pink colored flesh caused by a mutation, this variant also juices clear. They taste mostly the same, with any variation in flavor depending only on some added but optional ingredients. The health benefits are also the same and one drink quenches thirst just as easily as the other.

Still, having different names, there are differences. They have different origins, and appear in written accounts with almost a thousand years in between. Science has some explanation on how these two similarly flavored drinks quenches thirst and luckily has some theories on why people might prefer the pink version when it is an artificial color for the sour tasting drink. More about these two beverages and their differences are discussed in the following sections. 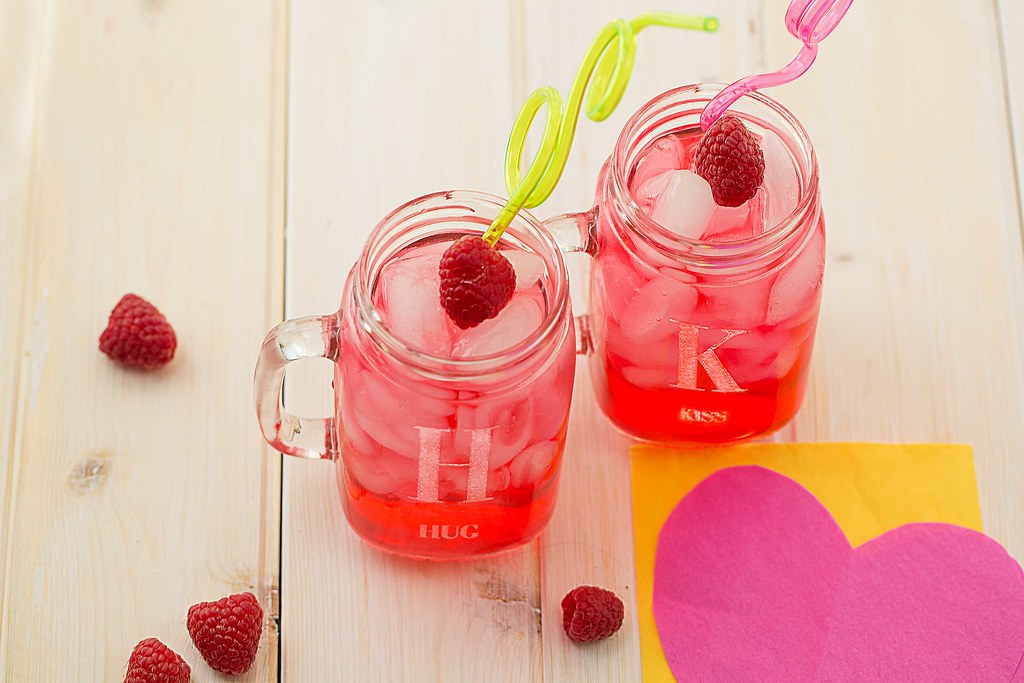 What is Pink Lemonade?

Pink lemonade is a beverage made of the primary ingredients of lemon juice, water and a sweetener commonly sugar or honey. It is a variant of the traditional lemonade but with another main ingredient which is added to make the drink pink in color and this fourth ingredient varies. The most commonly used ingredient to color the drink is red food dye, especially in commercially distributed lemonade drinks. Homemade pink lemonades use other fruit juices such as strawberry juice or cranberry juice or some other fruit juice that will give a pink color once mixed to the lemon juice but is not strongly flavored enough to overpower or even affect the taste and tartness of lemon juice.

The first written account of pink lemonade was in an 1879 article in West Virginia’s Wheeling Register which also told of the link between circuses and pink lemonade. There are various versions as to how pink lemonade got invented and who invented it. Most historians agree that pink lemonade first appeared in America in the mid to late 1800s and it was most famous among circus folk. Two stories that seem more urban legend than fact explain how pink lemonade came to be. The first says that a young man named Pete Conklin, running out of clean water to mix his regular lemonade, used a tub of water from which a circus performer had just finished washing some pink-colored tights, then sold the mix advertised as strawberry lemonade. Another story states that a man named Henry E. Allot, also from a circus, accidentally dropped red-colored cinnamon candies into a vat of traditional lemonade. A more sanitary and believable theory is that pink lemonade originated as a bartender brew due to its similarity to a drink called pink gin which was popular around the same time and gets a pink hue due to an ingredient called Angostura bitters. In addition, recipes for an alcoholic cocktail drink called Angostura lemonade showed up in bartender books around 1900.

Whatever its true origins, pink lemonade remains a popular drink. Despite having very little difference with the traditional lemonade, many people still prefer it. Researchers believe that this is due to the calming effect of the color and its youthful appearance. Another theory is that it is possible that the color tricks our taste buds into thinking that the pink lemonade tastes sweeter than the normal colored traditional mix. 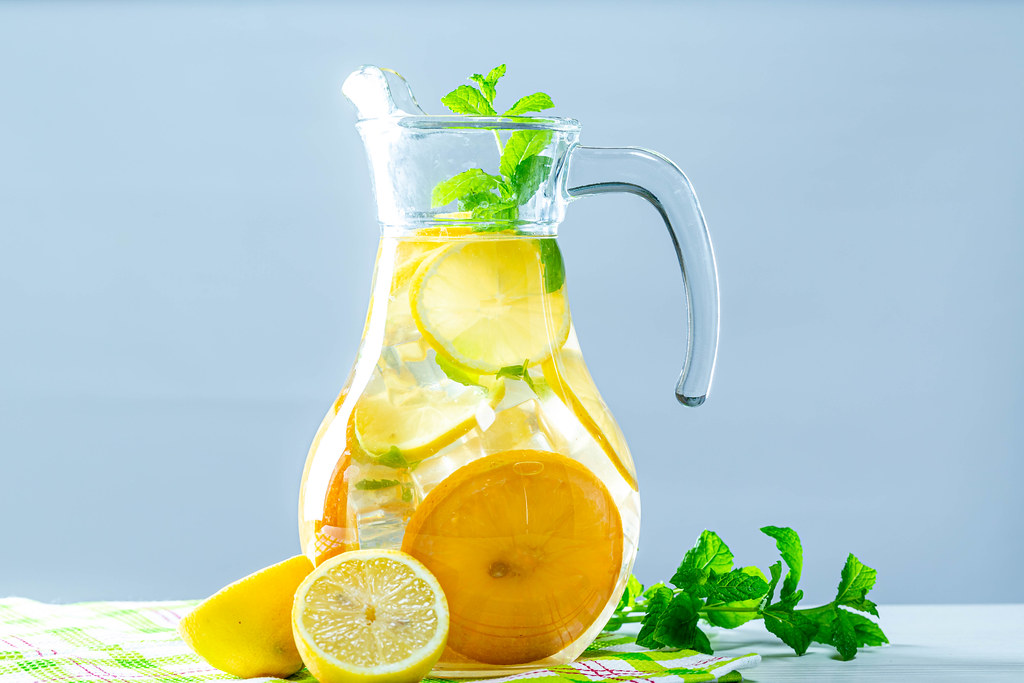 Lemonade is any beverage made from lemon juice, water and sweeteners. It is usually clear and served ice-cold as a refreshing drink but maybe served warm as a sort treatment for some illnesses. Some variants are carbonated, and commercial drinks out of a bottle are common examples of these. Other variants are called cloudy lemonades, and the pink lemonade is an example of this.

Lemonade was first recorded in Ancient Egypt by the Persian poet Nasir-I-Khusraw, who wrote about daily life in Egypt around 1050 AD. This writer recorded a drink that the Egyptians called qatarzimat which is a mixture of lemon juice and sugar plus some other ingredients. Historians believe though that the drink most likely originated from nations in Far East Asia such as India, China or Myanmar, where lemons also originated. It is most likely to be India though, as sugarcane also originated in India and sweeteners are an important ingredient of any lemonade recipe.

Despite added sugar, lemonade retains the tart and sour taste of lemon. Despite this, many people still love it as refreshing beverage. Researchers state that this is because sour or tart tasting drinks stimulate the salivary glands into producing more liquid in the mouth which provides relief to the dry mouth feeling that people get when dehydrated or tired.

Difference between Pink Lemonade and Lemonade

Pink lemonade is a variant of lemonade made with the same ingredients as traditional lemonade but with an added ingredient such as red food dye, strawberry, cranberry or other fruit juice to give it its pink color. Lemonade is any beverage made with lemon juice, water and sweetener as its main ingredient, usually served ice-cold.

Pink lemonade, as the name suggests, is pink. Lemonade, on the other hand is usually clear to cloudy but colorless.

The earliest written account of pink lemonade is in an 1879 article from a West Virginia periodical called Wheeling Register. Lemonade was first found in the written accounts of the Persian poet Nasir-I-Khusraw about daily life in Ancient Egypt.

Pink lemonade first appeared in America around the mid to late 1800s and was particularly famous among circus folk although it may have started as a cocktail brew due to its color similarity to other cocktail drinks. Lemonade most likely originated in the Far East where lemons originated, particularly India, where sugarcane also originated.

Pink lemonade might be preferred by many people due to its calming and youthful appearance and perhaps due to the color’s effect of tricking the taste buds that it is less sour than traditional lemonade. Many people drink lemonade as a refreshing beverage because of its ability to stimulate salivary glands which provides relief to dry mouths caused by fatigue or dehydration.

gene Brown
Jean Brown is a Registered Psychologist, licensed professional teacher, and a freelance academic and creative writer. She has been teaching social science courses both in the undergrad and graduate levels. Jean has also been a research adviser and panel member in a number of psychology and special education paper presentations. Her certifications include TESOL (Tampa, Florida), Psychiatric Ward Practicum Certification, and Marker of Diploma Courses.
Latest posts by gene Brown (see all)
Share Tweet Pin Mail
Categories: Food
Tags: Lemonade, Pink Lemonade
previous post Difference Between Erosion and Deposition
next post Difference Between Diabetic Retinopathy and Macular Degeneration