Difference between cobwebs and spider webs 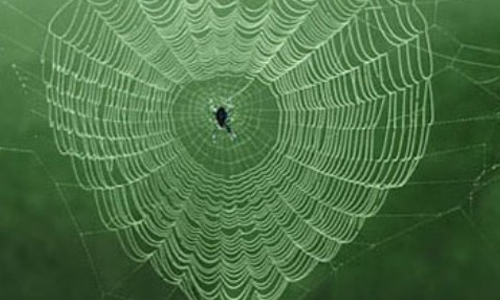 We all must have come across the tiny, eight legged creatures that creep out many and are known as spiders. One of the things about them that is creepier than anything else is the fact that they are usually hanging from thread like structures that they make themselves called webs. All of us must have seen webs that spiders make; be it in our bathrooms, in our bedrooms etc. They are usually in corners that are isolated or not cleaned much often. Houses that have been abandoned for some years often have dozens of webs hanging from the ceiling when opened again. These webs are often referred to as cobwebs rather than spider webs. The latter however, is always used when we see spiders in their webs and we say it is a spider web. Then what is the difference between the two? Why are some webs cobwebs and others spider webs? We shall now see the difference between the two. However, do take note of the fact that just like spider webs are made by spiders, so are cobwebs.

Cobwebs are those tangled and irregular webs that are made by spiders. The origin of this word is from the old English word for spider which was coppe. The cobwebs are those webs that are produced by a family of spiders known as Theridiidae (or cobweb spiders, tangled web spiders, comb-footed spiders etc.). Moreover, the spiders belonging to the family of Linyphiidae (also known as money spiders or sheet weavers) are also responsible for making cobwebs. The former family that has been mentioned shows great creativity and diversity when it comes to making various structures out of the silk that they produce. The webs they make are actually three dimensional tangled webs that are gum footed and are made by anchoring frame lines that connect the web to its surroundings as well as its peripheral lines that are in turn made up of viscid silk.

When we talk about spider webs, they are also similar to cobwebs in that they are made by spiders but there are some differences in the species responsible for the making of these type of webs and the structure in which they commonly are. Spider webs are surely more elegant and sophisticated of the two types of webs. The species that makes these webs are the Nephilidae, Tetragnathidae, Araneidae etc.

The difference between spider web and cobwebs is also due to the exact consistency of the silk used to make the web as well as the structure of the final web. This however cannot be generalized in two categories of spider webs and cobwebs because there are variations within the two as well due to differences in the silk produced by different species.

The differences that have been pointed out are factual and identified by professional zoologists. However, there is another difference between spider webs and cobwebs that, although not factual, has come into being by continuous use of the words in their corresponding contexts. Many a times, people use cobwebs and spider webs based on whether they are occupied by spiders or not. Spider webs are assumed by people to be those webs that have spiders living in them. On the other hand, those webs that have been abandoned by spiders are often referred to as cobwebs. This is not a proper difference but it has come into being due to the fact that in many cases the species of spiders that make cobwebs are also the ones that like to abandon their webs every now and then and make new ones.