Difference Between Bridge and Switch 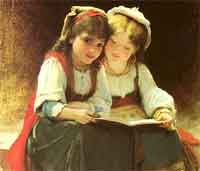 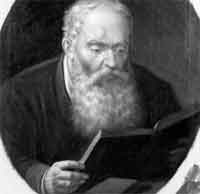 A bridge is a networking device that connects two systems. Typically, a bridge is used to connect two LANs to make a much larger LAN to a certain extent. In the layer 2 of the OSI model, the data link layer, lie the function and operation of a network bridge. In general, a bridge is considered as an intelligent device and is capable of filtering and managing traffic that passes through it.

A bridge can learn the addresses of the computers within the network. It can accomplish this “learning” by looking and recording each of the network computer’s MAC address and port or interface on which a frame was received.

Each learned address is stored with the use of an address table. Eventually, with the interface address table set, the destination address of each frame received is being examined by the bridge to determine if it was indeed received correspondingly. For this reason alone, a bridge is considered as a smart network interconnectivity device.

Transparent bridging is the most commonly utilized type of bridge connection. Since a bridge is smarter than a repeater, it will not just forward the frames with reckless abandon. It will attempt to learn and record the addresses and the corresponding ports to its database. It does this by first flooding the system or the network. In analogy, this can be considered as the bridge’s data gathering phase.

In the end, with all the matching ports and addresses listed on the forward table, the operation of the bridge is optimized and become highly efficient. A bridge will only have two ports ‘“ in and out. A device having more than two ports or interface that also have the same kind of intelligence and function of a bridge is considered as a switch.

The main difference between a switch and bridge is the number of networks each can connect. Since switches have more than two interfaces, it can connect three or more networks or LANs. However, switches are often aimed to connect workstations in a single junction.

Actually, there is not much difference between the two networking devices. In many cases, bridges and switches are used in medium to large networks together. They actually compliment each other ‘“ the larger the network, the more bridges and switches are needed. It comes with no surprise that they are essential devices in building networks within a building or campus.

1. A switch is basically a bridge with more than two interfaces or ports.

3. Bridges are typically used to connect two LANs while switches are often intended for connecting workstations together.