Difference Between Viber and Skype 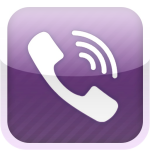 With the claim of being the Skype killer, Viber certainly has high goals. But does it really do what it says? Let’s see what the Viber does better than Skype and vice versa. Â To start with, Viber is an iPhone app; you can’t get it if you are using an Android, Blackberry, Windows, or Symbian phone. Although it works with other Apple products, it works best with the iPhone. Skype was initially for computers but has since made its way to most mobile phones in the market today; even on the iPhone. As long as your contact is logged into Skype, regardless of what platform, you can still make free calls. Skype is also able to function as an instant messaging client. This allows users to chat or send messages to each other just like with ordinary text messaging. Viber lacks this capability, although they claim that it is already in the works. They would do well to add this feature ASAP given the popularity of instant messaging especially among younger users.

The biggest advantage to Viber is its high level of integration with the iPhone. It automatically syncs with your contacts and marks those you can call on Viber with little icons. It also runs silently in the background so it does not interfere with the phone’s other uses until someone calls you on Viber. Skype sort-of sticks out like a sore thumb since it lacks the things stated above. You still need to fire-up Skype and login before you can even begin receiving calls; unlike Viber which is automatically launched and logs right in with your mobile number once you turn your phone on. 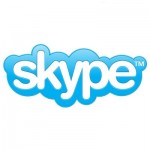 The biggest advantage of Skype is the ability to make calls even when the person you are calling is not a subscriber or is just offline. Viber emulates this by routing the call though the iPhone’s phone app. So if you are inside a building with WiFi but no cell coverage, you can still call anyone on Skype for a minimum fee but you are limited to Viber users on Viber. This is advantage is magnified even more when you are calling someone who is not in the same country. Skype provides VoIP routing with very low rates to 40 countries around the world. Viber will still go through traditional channels and the user would be subject to high international toll fees.

So is Viber the Skype killer that they claim to be? If most of the people you call use iPhones and are always online, then Viber is suited for you. For all other cases, Skype still holds the upper hand. There is no denying that Viber is an excellent software. But it has a long way to go to claim the throne of Skype.