Difference between Skype and Skype for Business 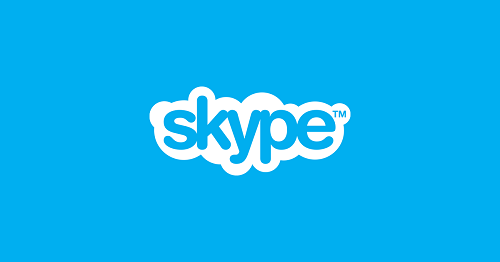 Skype is a communications product provided by Microsoft, both in free and enterprise options. Microsoft acquired Skype in 2011 as the popular free version of Skype in use today. However, at the time Microsoft also owned an in-house collaboration product, called Lync, for business use. In 2015 it re-branded Lync as Skype for Business, meaning that, although both versions of Skype are similar at their core, they have functional differences stemming from their background as separate applications.

Skype’s basic functionality, in both versions, is as an instant messaging and Voice over Internet Protocol (VoIP) service. Both versions allow users to message one or more users, have peer-to-peer or group audio and video calls, and hold meetings. Skype also provides some file transfer ability within its messaging interface. However, Skype for Business includes more enterprise-optimized options and is available within Office 365, while the free version of Skype is aimed at non-commercial use or small businesses.

Skype is known for its video call capability, and video conferencing, particularly user limits, is the primary area where these two versions of Skype differ. The regular edition of Skype allows for video conferencing with up to 25 users for free. With Skype for Business, a video conference can host up to 250 users.

Skype for Business offers more options in conferencing as well. Using Skype Meeting Broadcast, a meeting can furthermore be broadcast online to up to 10,000 participants. All production controls are integrated within Skype, removing the necessity for any outside hosting software, and the broadcast can be watched later if the host uses Microsoft Azure to record it. Skype for Business is also optimized with Bing Pulse and Yammer, so users can add polling and conversations for the extended audience. Analytics are available for the hosts to interpret the traffic of these large broadcasts. The Broadcast mode has several roles available for users: Organizer, Producer, Event team members, and Attendees (the 10,000 or less participants who watch online).

For businesses or employees who need to use a phone, Skype for Business also offers PSTN conferencing as a per-user add-on, which allows Skype meetings to be joined from a dial-in number instead from an app interface. The free version of Skype does have PSTN calling, but not for large-scale meetings. PSTN calling is used on both versions to reach domestic and international phone numbers, which is a paid service.

Besides the extended conferencing, Skype for Business offers an advanced call management system unavailable in the free version of Skype. This system, called Skype Cloud PBX, uses either a company’s regular land-line phone system or Skype’s PSTN calling services to manage phone calls. Due to these multiple integration options, Skype Cloud PBX can be run entirely through the cloud or managed alongside physical, on-site communications (such as land-line phones).

Skype Cloud PBX offers features to be expected of regular land-line systems, as well as unique cloud options. It includes caller ID, call hold/retrieve, queues, call waiting and forwarding, voice mail, music on hold, and call delegation (among other options). In conjunction with its integration into Meetings and Office 365, it also has auto attendants for meetings, camp-on, device switching, Skype calling, team calling, and video call monitoring. These options are designed to allow Business users to replace regular land-line systems with the Skype interface if needed.

Without Cloud PBX, the free version of Skype still allows a user to set up voice mail and caller ID outgoing from their account, and to set up call forwarding from their Skype account to their phone.

App integration is another function in which Skype for Business differs greatly from its free alternative, all deriving from its basis in Lync. Skype for Business is much more integrated with other Microsoft products than the free version of Skype. Primarily, Skype for Business is integrated into Office 365, allowing for use with Word, PowerPoint, Excel, and OneNote. Users can also schedule Skype meetings through Outlook, which sends a customized link to guests to directly join the meeting.

The level of app integration in the Business edition scales depending on the package to which the company has subscribed. The most expensive options allow full use of all Office 365 software and apps, while cheaper options scale down app availability and software options.

Both versions of Skype come with some built-in security measures, as well as the active support of Microsoft. However, as commercial software, Skype for Business offers enterprise-level security. Skype encrypts all activity in both versions with a combination of AES and TLS encryption, but the Business version gives administrator control over which users have account and service access. Administrators in the Business version can also control file transfers on user and conference levels, turning file transfers off by file type or completely off if file transfer needs to be turned off (for a matter of regulatory compliance, for example).

The free version of Skype archives instant messaging in the cloud for 30 days; older messages are saved to the user’s hard drive per their settings. A user can also export text-only messages to a CSV file. Skype for Business also allows messaging archiving, both multiparty and peer-to-peer, and will capture content upload activities during a session. It will not archive file transfers, as with regular Skype. This functionality is set at the user level, and the archiving itself occurs through Microsoft Exchange, through which it also archives emails.

A final small but useful security feature of the Business version is login tracing, which records a report for unsuccessful user login attempts to show errors and Skype’s step-by-step debugging process. This allows administrators to log connection errors, bugs, and potential security issues.

While regular Skype is actively monitored and supported by Microsoft, security threats to individuals on Skype for Business will likely see a quicker response, as Microsoft guarantees a 99.9% uptime only on the Business version.

Skype and Skype for Business are both compatible across Windows and Mac operating systems, and have apps for iOS and Android. They each have a web app, as well, although the Skype for Business web app is mainly for joining meeting and lacks much of the Business version functionality (like scheduling).

The free version of Skype offers greater compatibility than the Business version, with support for Linux operating systems and apps for Xbox One and Amazon Fire devices. Businesses with employees using Linux systems will face compatibility issues, often even with the web app.

Microsoft also has a store of approved devices for Skype for Business, including headsets, handsets, speakerphones, USB desk phones, webcams, and computers. These devices are ensured through the “Skype for Business Certification program” to offer audio and video quality, as well as a satisfactory user/admin experience.

The regular version of Skype is free for download on all supported devices. However, users can pay to call phone numbers domestically and abroad through the PSTN service.

Skype for Business is currently offered through several plans with varying add-ons; these plans have changed over time. Current prices range from USD $2.00/per month per user to $35.00/per month per user. The cheapest plans do not include full integration with Office 365 and its software/applications.

For individuals and small businesses, the regular version of Skype offers much of the functionality unique to the software overall – group calls and meetings up to 25 participants for free is a useful complement to a business’s land-line or cell phone communications, and many businesses may not need full Office 365 integration, Cloud PBX, or 10,000 member broadcasts. However, for big businesses, businesses that hold large-scale webinars and conferences, or businesses looking for complete Office 365 integration, Skype for Business offers advanced conferencing options and support.

Differences between Skype and Skype for Business