Difference Between AL and NL 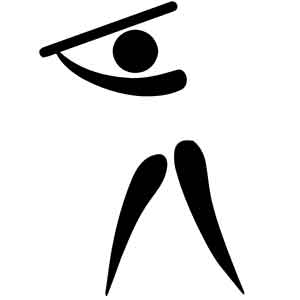 Like many popular games in the United States, Major League baseball consists of two professional leagues; the American League (AL) and The National League (NL). Thirty teams make up the two leagues, and the games are played in thirty host places. There are 14 teams that compete in the American League, while 16 teams compete in the National League. Besides from the teams in each league, there are other factors that differentiate the two leagues.

The key differentiating factor between the AL and the NL is that while the AL permits a designated hitter (any player that bats in place of a pitcher), the NL does not allow one. This results in a higher number of runs averaged by AL teams compared to NL teams, because of the extra solid batter in the AL team lineups. Pitchers in AL teams do not bat. The designated hitter was first introduced in the 1973 season when Ron Bloomberg of the New York Yankees became the first DH to bat in a Major League baseball game. Pitchers in the NL do still bat though.

The DH rule has resulted in variations of the styles of play in the two leagues, and as such, makes the AL a more power-based game, with the home run being the epitome, while the NL is more oriented towards pitching, placing the emphasis on offensive runs.

Still with style of play, in order for the AL home plate umpire to watch the pitched ball in flight, he will stare directly above the catcher’s head, while in the NL the umpire will look over the inside shoulder of the catcher.

In games where AL and NL teams play against each other (inter-league or world-series play), home team rules are the ones that apply; for instance, in a game hosted at an AL team’s home city, the DH rule will apply to both teams. However, if the game is held on NL ground, then neither team will be permitted to use the DH.

Summary:
The NL is the older of the two leagues, formed in 1876, while the AL was formed in 1901.
The AL allows a DH (designated hitter), while the NL does not.
The AL teams average more runs than the NL due to the additional solid batter.
AL games are more power-based, with focus on home runs, while NL games are pitching-based, with emphasis on offensive runs.