Difference Between Knitting and Weaving 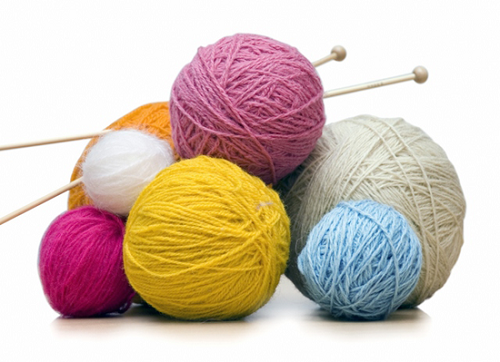 Knitting is the process wherein thread – or sometimes yarn – is made into cloth and other crafts. It consists of stitches (or loops) of the material consecutively run together. Weaving, on the other hand, is the process in which two types of yarn or threads are interlaced together to form a fabric or cloth. The two types of threads run in different directions, with the warp threads running lengthwise and the weft threads running crosswise or horizontally.

In knitting, the yarn follows a course, or a path, forming well-proportioned loops over and under the yarn’s path. These oblique loops can be elongated easily from most directions, which gives the end fabric more elasticity. In weaving, the threads are always straight and perpendicular to each other; they tend to run side by side.

The end fabric of weaving can usually be stretched in only one direction (except in fabrics like spandex), which means less elasticity compared to fabrics formed from knitting. The threads used in knitting are thicker than those used in weaving; knitted fabrics are usually bulkier, while those formed through weaving have more drape and flow resulting from the use of finer threads. In knitting, as each row is done, new loops are pulled through the existing loop. Stitches that are active are held by a needle until a new loop passes through them.

There are also different kinds of yarn and needles that can be used, and they result in products of various colors, textures, weight, and integrity. The loom – a device that holds the warp threads in place while the filling threads are woven through them – is the main equipment used in weaving.

In weaving, the two sets of threads are woven by being interlaced at right angles to each other. Weaving can also be done by hand or machine. The variety of woven products is also largely dependent on the thread colors and the sequence of the raising and lowering of warp threads that can result in different patterns. Both knitted and woven products have recently reached new heights in design and patterns with the advent of more complex but easily used computerized machines. 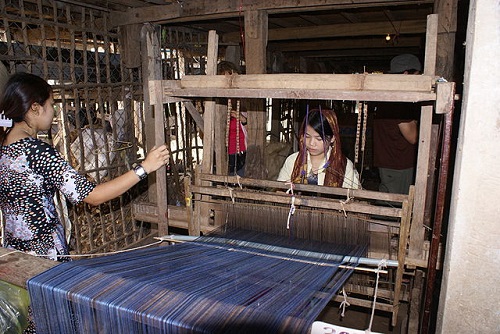 Hand knitting has gone in and out of style several times since then, but many people still pick it up as a hobby. Some types of knitting practiced by manual knitters are flat knitting, circular knitting, and felting.

Compared to knitting, weaving seems to be a much older craft, as some findings have indicated that it has existed since the Paleolithic era. The Bible also points out several instances of weaving being practiced by Egyptians. Unfortunately, in the modern world, hand weaving is already close to non-existent, as fabrics are mostly designed and created in factories. Some examples of weave structures are the plain, twill, and satin weaves. However, with computer generated interlacing, numerous other weave structures are available in our modern times.

Moreover, knitting can be done individually or in a group as a hobby, and it has also become a social activity. Its popularity has given birth to different knitting clubs formed by knitting enthusiasts who not only knit together, but share patterns, designs, and newly finished products with each other. Weaving is still recognized as a popular craft, but due to its complexity, most processes for clothing fabrics are done in factories with machines that make the procedure much faster and easier. That being said, do not expect to encounter weaving clubs composed of housewives getting together to share weaving patterns like they do in knitting clubs.

1· Rows of stitches in knitting are looped parallel to each other, while weaving involves threads interlaced perpendicularly.

2· Knitted products are more elastic and bulkier, while woven products have more flow and are much thinner.

4· Knitting is practiced as a hobby and a social activity more widely than weaving.