Differences between Remington 700 ADL and BDL 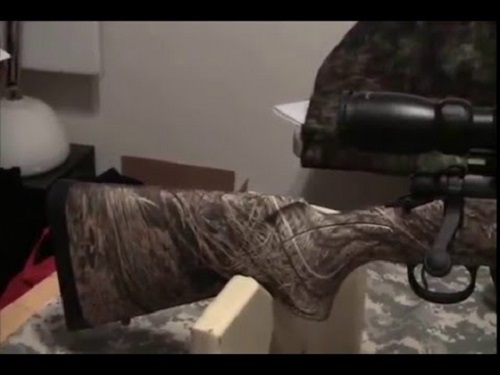 For those of you beginning gun and rifle enthusiast that desire to ask questions without exposing your ignorance, this article is for you! Sometimes it is in asking questions that the greatest learning takes place. This applies to all of life by the way.

The Remington 700 series has a long history, over five decades. So it is the numbers and the addendums that offer the differences. It is like a model within the same family types. Similar to vehicles! The “ADL” stands for “Average Deluxe” and the “BDL” stands for “Better Deluxe”. For the record the “CDL” stands for “Classic Deluxe”, although we will not discuss the “CDL” here.

So maybe the next question is what is a blind magazine verses a hinged magazine. A blind magazine means basically that the ammunition comes out the same way that they went in. It is loaded from the top and can be unloaded by working the bolt open and closed. The hinged magazine allows you to unload the ammunition from the bottom by a hinged door just past the trigger. Keeping this clean and free of dirt on the BDL model is paramount to preventing the hinge from sticking or working improperly. Is one style better or worse than the other? It all gets down to personal preference and can I still buy one or the other. The reality is if a hunter owns both, either one can create the adventure that they are looking for on a great hunting expedition.

The BDL model is a highly glossed walnut wood stock with what is known as a Monte Carlo comb. The ADL model has a synthetic or sometimes laminate stock. The difference between these two as far as weight is concerned is marginal and is not a consideration. However, the wood stock of the BDL model does increase the rigidity over the ADL Model. As far as accuracy is concerned, both are almost equally accurate. The reality is that the differences are not as important on the stock as one may think. However, that will get down to your personal choice on which rifle you prefer. Back when the ADL was manufactured, it was the cheaper, less expensive of the two Models. However, that was over 12 years ago. Obtaining the Model ADL will be from a second hand owner.

Converting from ADL to BDL

In my research on these two models, there was some discussion on whether or not these can be converted from Model ADL to Model BDL. The Answer is “yes”! However, one may want to ask oneself why would you want to do that? If the Model ADL was discontinued, then converting it would take away from its originality, mass produced notwithstanding! The other could be cost. Converting from Model ADL to Model BDL could be less expensive than buying a used Model ADL. The only last reason I could think of would be simply because you can. However, it is mainly a matter of changing out the stock, with the hinged magazine in the new Model BDL stock. Instead of trying to explain it here in this article, I have provided a YouTube link that shows in detail how to do this. Just click here:

It would be well worth your time to watch this 14 minute video. Not only does it show you how to do it, but it will clarify some of the differences between the Model ADL and BDL.

We trust that you enjoyed this very brief discussion on the differences between these two models. Either model will give you a great day at the range or on the hunt.