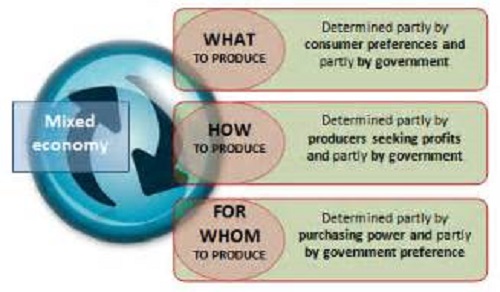 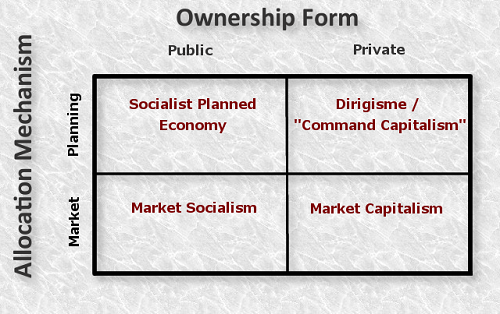 Socialism is an economic, political and social theory that advocates for collective ownership of the means of production. According to this paradigm, the government should largely interfere in the economic sphere in order to promote the redistribution of goods and to control the production process. In a socialist system, there is no space for private property and none has private control over resources and means of production.

In market socialism, the government is largely involved in the economic sphere but private property is not entirely abolished. In fact, while in socialist systems everything was owned and controlled by the government, in this case, enterprises work within the framework of a competitive market economy.

Examples of market socialist countries in the recent past include:

Market socialism revolves around the idea of equilibrium of the market. According to Oskar Lange, the main supporter of such theory, the economic activity should be established and coordinated by a planning board (comprising members of the government). Prices should be set by the government and firms should be directed to produce until the cost of production equals the cost previously foreseen by the board. Subsequently, the board should adjust prices in order to achieve a market equilibrium (equilibrium between supply and demand).

The main problem of this approach is the fact that it is virtually impossible for the government to estimate the exact price of a specific item and of all its parts. Furthermore, while markets equilibrate, they never reach a perfect equilibrium as the economy’s driving forces (i.e. competition, volatility) constantly change and shift.

In a mixed economic system, the government acts as a safety net to protect citizens from the negative effects of capitalism. In fact, while in a capitalist system the wealth is in the hands of few rich individuals, in a mixed economy the government prevents the capital from flowing into few pockets while the rest of the population lives in poverty.

Mixed economy and market socialism are very similar economic systems built on a combination of capitalist and socialist policies.

Market socialism and mixed economy are two economic models that combine elements of both capitalism and socialism. The capitalist perspective prioritizes private property and advocates for a free market where the capital can flow freely. Conversely, socialism strives for an economic system entirely controlled by the government. The State should own all means of production and should redistribute the wealth among all citizens in order to eliminate inequalities.

While market socialism and mixed economy have similar starting points and have many features in common, there are few important differences between the two:

The two theories also have many aspects in common:

Therefore, the main difference between market socialism and mixed economy lies in the degree of governmental involvement – which remains bigger in market socialism as the government owns many firms, sets the prices, acts to eliminate social inequalities, intervenes to prevent the abuse of monopoly power and monitors the allocation of resources and wealth.