Difference Between Lutheran and Christian 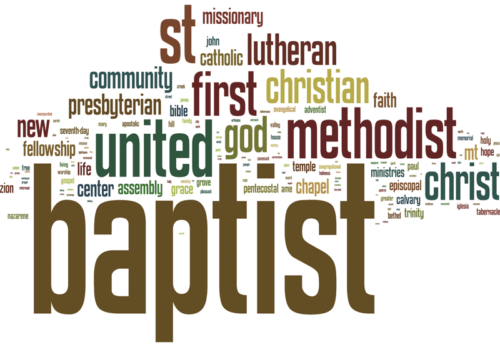 If there’s one important thing to know about Lutherans and Christians, it’s the fact that they fall under the same massive umbrella that is Christianity. In much simpler terms, Lutherans are Christians. They’re just one sect among many others that have been founded throughout the years.

Christianity stands on a number of beliefs. First and foremost, Jesus Christ – Christians believe that He is the Son of God, and the Messiah (The Anointed One), who is the fulfillment of God’s love and salvation, as written in the Old Testament of the Bible. Through belief and acceptance of the death and resurrection of Jesus, sinful humans can be reconciled with God and are offered the promise of eternal life. Jesus Christ’s resurrection is considered to be the cornerstone of Christian faith. It demonstrates that He has supremacy over life and death, and thus has the power to bestow eternal life among the people.

Most Christian sects believe in the Holy Trinity (The Father, the Son, and the Holy Spirit in one God), Sacraments, prayer and creeds, and the afterlife. Sacraments are rites instituted by Christ that mediate grace, constituting a sacred mystery. Most conventionally, they are recognized as an outward sign, instituted by Christ, conveying an inward, spiritual grace through Him. The two most widely accepted sacraments are Baptism and the Eucharist, however, the majority of Christians recognize seven Sacraments, or Divine Mysteries: Baptism, Confirmation (‘Chrismation’ in the Orthodox tradition), the Eucharist, Holy Orders, Reconciliation of a Penitent (confession), Anointing of the Sick, and Matrimony. However, views concerning both what rites are sacramental and what it means for an act to qualify as a Sacrament vary among Christian denominations and traditions. Moreover, the Christian faith is widely symbolized by the Cross. Other major Christian symbols include the chi-rho monogram, the dove (symbolic of the Holy Spirit), the sacrificial lamb (symbolic of Christ’s sacrifice), the vine (symbolizing the necessary connectedness of the Christian with Christ), and many others. These all derive from writings found in the New Testament. Again, the acceptance of these symbols varies from one denomination to another.

What makes the Lutheran Church distinct from the rest of the Christian community is its approach towards God’s grace and salvation; Lutherans believe that humans are saved from sins by God’s grace alone (Sola Gratia) through faith alone (Sola Fide). They do not require the intervention of priests to seek God’s grace or forgiveness. Like most Christian sectors, they believe in the Holy Trinity. They also value sacraments as means of grace working towards sanctification and justification. However, there is slight discrepancy as to how they regard two of the most popular sacraments – Baptism and Holy Communion.

For Lutherans, Baptism is a means of grace, and though the mode of application is not important, it is usually delivered by the sprinkling of water. There is no proper age for baptism; Lutherans can administer the said sacrament to both young and old. The only requirements for a valid baptism are “water and the Word.” In Holy Communion, Lutherans believe bread and wine to literally be the body and blood of Christ. They are accustomed to using real wine as opposed to substitutes or just bread alone. Furthermore, their communal celebration strictly follows the order of Mass. Like many traditional Christian sectors, it is usually held with long-established rituals and sung liturgies. Furthermore, Lutherans are limited regarding the use of symbols and images, as well as veneration of saints. They believe that recognition of such elements is an explicit form of idolatry.

2) The central point of belief for all Christians, including Lutherans, is Jesus Christ as the Savior.

3) The Lutheran denomination differs from other Christian sectors primarily in the belief that humans are saved from sins by God’s grace alone (Sola Gratia) through faith alone (Sola Fide).