Difference Between Hope and Faith 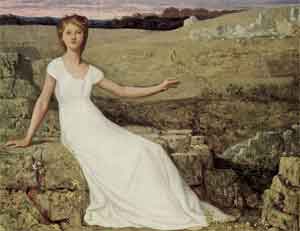 Hope is an action predicated on uncertainty. It is a word that describes the act of being unsure about one’s circumstances, and, essentially, wishing for an outcome conducive to one’s desires. It is based on the idea of faith; however, it is more or less an ideology rooted in the fear of the unknown. When one is unable to foresee his future, or the outcome of any particular situation, he is left with hope that the outcome suites his particular needs and desires.

Faith is based on the idea, that whatever the outcome is, it is for the better. It is an idea that is more spiritually based than hope, because it assumes that there is a force at work that will account for all actions that take place; no matter what the eventual outcome of a situation, faith requires its wearer to have full confidence that it is for the best in his or her life.

While faith is mostly acquainted with religious doctrine, hope is an idea that is spread through an understanding that no one is perfectly sure that there is a sound outcome to their situations. Hope is a destination, so to speak, rather than an actuality. In faith-based religions, there is the understanding that a Supreme Being is a ruler of all things, living and dead, things that are and are to be. Faith is a psychosis, so to speak; it forces whoever is the possessor to be completely reliant on the notion of a particular outcome, rather than the probability that the outcome will happen despite the environment.

Hope is more of a logical understanding of time and space. It is no more proof that something will happen than it is proof that there will even be an occurrence. Hope, though always associated with spirituality, and most notably in doctrinated religions, is more based on the facts of the situation, and the desire for those facts to add up to a desirable end. Faith is based solely on the ability of the possessor to be completely reliant on an outside force, regardless of the circumstances, or how the facts seem to align. To have faith is to understand that, despite the facts of a situation, the turnout is going to be what one desires it to be in the long run – while hope is the means, faith is based on the ends.

1. Hope is more logically based, as it recognizes the facts, and simply desires that those facts add up to a positive outcome; faith is based solely on a blind resolution that, no matter how the facts add up, the proper outcome will always prevail.