Difference Between Religious Studies and Theology 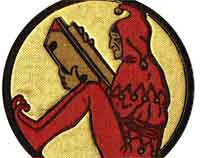 Being two closely related academic disciplines, theology and religious studies are easily confused with each other as both of them have something to do about God. But if you closely consider the scope of the specific subject matter that these two fields touch, then you will realize that the difference is far too wide.

Religious studies deals with different religious beliefs, institutions, and even behaviors affiliated with religiosity. It is a discipline that encompasses many cultures enabling it to have a cross-cultural view of religion. It even systematically explains religion and emphasizes varied religious perspectives taking into consideration its many accounts across history.

Theology, by contrast, differs because it mostly studies about God or the deity. To many, this may even come as a more biased field compared to religious studies that tries to understand different religious beliefs and behaviors apart from a single, specific religious view. The reason for such is because theology tends to focus more on the Protestant and Roman Catholic sector as opposed to religious studies embracing all world religions possible. As such, religious studies also works hand in hand with other fields like sociology, anthropology, philosophy, history of religion, and psychology.

Historically speaking, religious studies was born in the 19th century. It is the time when analysis of religious books, not only the Holy Bible, but also Buddhist, Hindu and other texts flourished. It has been known by many other alternate names like; History of Religion, Science of Religion, and Comparative Religion, among others.

Today, many universities and learning institutions have both theology and religious studies departments. But each field has a different approach used among their learners. For theology, the learners are all expected to have some inkling of faith in them no matter how big or small it is. However, the theology students aren’t really those who regularly attend church. Rather, they are those who have the mouth to question something about God. This is very different in the study of religious studies because the learners aren’t expected to have an initial requirement of having a certain degree of faith.

1.Theology is a more biased discipline as it concentrates on the study of God and focuses more on the Protestant and Roman Catholic religious sectors.
2.Religious studies has a bigger scope because it analyzes the different world religions.
3.Theology requires its learners to have some degree of faith whereas religious studies does not require its learners to have such to ensure success in studying the discipline.
4.Theology can also academically examine the faith and religion of the person, but it involves deepening his or her spirituality.