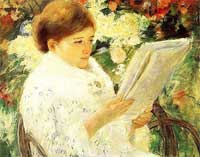 The North American Mountain Time Zone can be determined by subtracting 7 hours from the Coordinated Universal Time. The coordinated Universal time is also known as the Greenwich Mean Time. The symbol for subtracting 7 hours from the UTC is UTC-7. & hours will be deducted during the autumn and summer while 6 hours will be subtracted during the spring summer and the early autumn. In this zone the time is based on the mean solar time of the 105 meridian west of the Greenwich Observatory.

This is called Mountain Time in Canada and in the USA because of the Rocky Mountains, which is located from the northwest of Canada stretching towards the state of New Mexico in the United States. In Mexico, this time zone is called the Pacific Zone. The Mountain Zone is an hour ahead of the Pacific Zone and an Hour late than the Central Time Zone.

There are some areas in the United States that does not follow this time zone in some seasons like Arizona during summer. The largest in this zone are Phoenix, Arizona, and its entire Metropolitan area.

The Eastern Time Zone on the other hand is in the Western Hemisphere. This is known as the North American Eastern Standard time or NAEST. This time zone is located mostly in the east coast of North America. To determine it you have to subtract 5 hours from the UTC for its standard time and four hours on daylight saving time. This is based on the mean solar time of the 75th meridian west of the Greenwich Observatory.

These are some of the definition and differences of the Eastern Time and the Mountain Time. It differs from the North America and in the United States and it also differs according to the season.