Difference Between a Sofa and Loveseat

Sofas and loveseats are just two of the many kinds of furniture found in the living room of a house designed for sitting. There are so many words used to describe this particular furniture; couch, settee, and divan to name only a few. To the unsophisticated eye, they are all the same. To one who cares for utility, comfort and aesthetic all at the same time, the minute subtleties are important when choosing what to place inside one’s home. Both the sofa and the loveseat are intended for sitting more than one person at a time. Both have also been around for centuries and have evolved to be made for comfort, as evidenced by the various upholstery included in the manufacture of these furniture.

Despite the confusion in terms, there are differences between the two. The most obvious is the size, of course, but other differences are in their intended purpose and in the history of each. More of the sofa and the loveseat and their differences are discussed below.

What is a Sofa?

A sofa, also called a couch or a settee depending on where the speaker is from, is a piece of upholstered seat, meaning it is fitted with springs and cushions. It has a back and arms that may also be fully or partially upholstered. It is designed to accommodate two or more people; with the average length of about eighty-four inches.

The main purpose of a sofa is for sitting, and as such can be found not only in homes but also in offices, reception areas and lobbies, and in bars. However, because of its length, sofas can also be used for sleeping. Also, most sofas have built-in utility that allows it to convert into a bed. The earliest known types of sofas dating back to 17th century Europe, had backs and arms that can be let down so that the seat can double-up as a bed, which is a secondary purpose of the sofa even today. Sofas have evolved over time, some due to innovation and some due to cultural influence. This resulted to variants with their own specific names. Common variants that double as beds include the sofa bed, the daybed, and the futon. Of the more obscure, some say sophisticated and aesthetic variants are the chaise longue, often misspelled “lounge”, the chesterfield, the divan, and the fainting couch. Another variant is the loveseat, which is discussed further below. 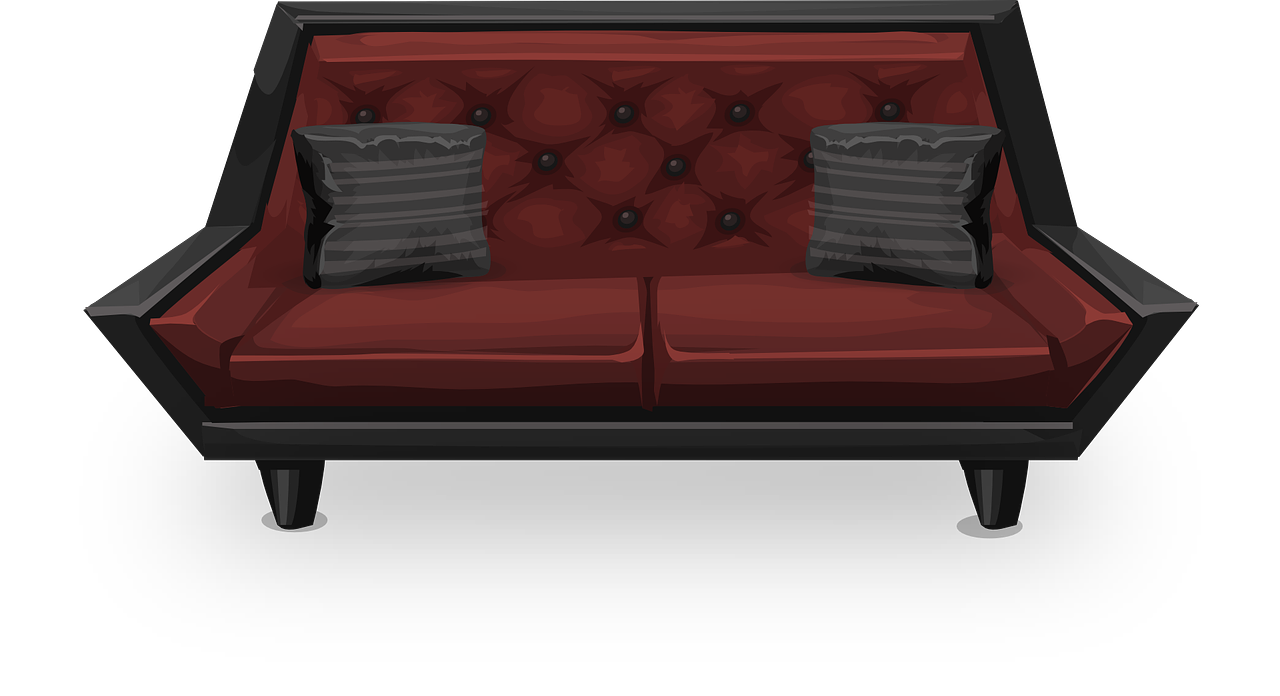 What is a Loveseat?

A loveseat, or a courting chair or mini-sofa, is a piece of furniture that is designed for exactly two people. Loveseats also have backs and arms and upholstery just like the sofa. Being designed to accommodate only exactly two persons, the average length of a backseat is only around sixty inches.

The name implies that the two persons the loveseat is designed for are lovers, or in courtship. The loveseat was originally designed to give women a place to sit down and smooth out their – what was then fashionable – bulky dresses, and it was called for what it was, a small sofa. A bit later, people started realizing that these small sofas can be used for exactly two persons in courtship and these small sofas came to be advertised as loveseats. Since then, variants have also come out. One famed variant is the tete-a-tete, a two-seater built in an S-shape presumably so the couple can converse face to face with a mutual armrest between them. Another variant is the British Two Seater, which used to have more aesthetic but has evolved into a functional piece of furniture for small spaces and is basically just a sofa for two people. Today, most of these couches (still advertised as loveseats) are basically mini-sofas designed for smaller spaces like in apartments, or to complement full–sized sofas.

Difference between a Sofa and a Loveseat

A sofa is any upholstered seating furniture, with back and armrests, designed to seat two or more people. A loveseat is a small sofa specifically designed for two persons only, usually a couple.

A sofa can seat multiple people, often three or more. It is usually around eighty-four inches in length. A loveseat can only accommodate up to two persons and is usually around an average length of sixty inches.

A sofa’s main purpose is to comfortably seat two or more people at once. A loveseat is primarily to let a courting couple have an intimate conversation.

A sofa was originally designed as a comfortable chair for more than one person. A loveseat was originally intended for the women back then to have an extra space to smooth out their bulky dresses.

Most sofas can double as beds due to the length as well as built-in utility. Loveseats serve as smaller sofas in smaller spaces like in apartments or to complement full-sized sofas.

Some variants of the sofa are the sofa bed, daybed, futon, chaise longue, divan and fainting couch. Known loveseat variants are the tete-a-tete and the British Two Seater.

gene Brown
Jean Brown is a Registered Psychologist, licensed professional teacher, and a freelance academic and creative writer. She has been teaching social science courses both in the undergrad and graduate levels. Jean has also been a research adviser and panel member in a number of psychology and special education paper presentations. Her certifications include TESOL (Tampa, Florida), Psychiatric Ward Practicum Certification, and Marker of Diploma Courses.
Latest posts by gene Brown (see all)
Share Tweet Pin Mail
Categories: Household Equipments, Objects
Tags: Loveseat, Sofa
previous post Difference Between Graffiti and Street Art
next post Difference Between Carbon and Land Management