Difference Between a Stockpot and a Dutch Oven 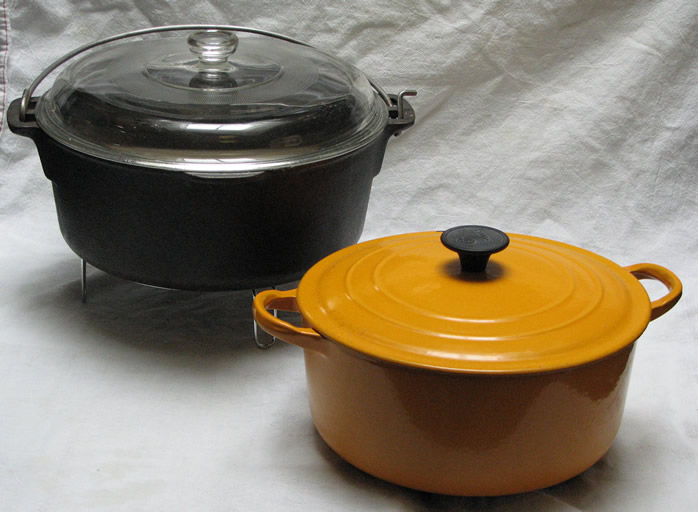 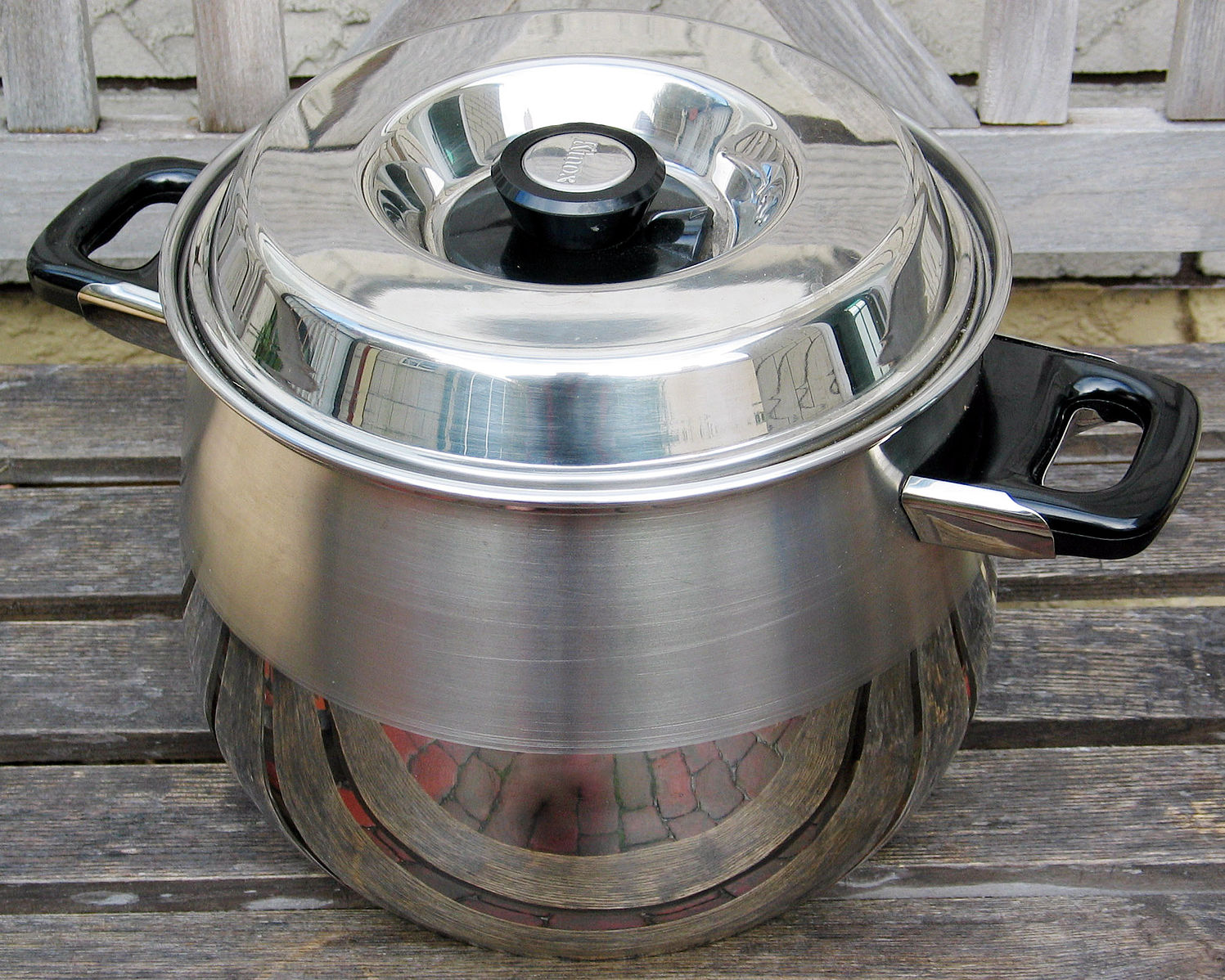 What is a stockpot?

A stockpot is a tall cooking pot with straight sides and a flat bottom.  It is made of light weight material useful for retaining the heat.  A stockpot has a lid and allows some steam to escape during the cooking process.  The cooking in the stockpot over time allows a reduction of liquid in the sauce.  This makes it  possible to bring out the essential flavors.  A stockpot is historically one of the original cooking utensils used for boiling up vegetables.  It is also useful for cooking pasta.  The stockpot allows the water to boil steadily in what is known as  a ‘running boil’ technique to cook the pasta successfully.  The stockpot is very useful for cooking up larger quantities of stock or sauce.  Restaurants and catering facilities would find a stockpot a valuable cooking item.  Home brewers enjoy a stock pot for the brewing of beer.

What is the value of a stock pot?

What is Dutch Oven?

The Dutch oven is made of cast iron and is a heavy pot.  It has sloping sides and a heavy cast iron lid.  The Dutch oven is designed to retain moisture and act as a slow cooker for stews and casseroles.  The thicker sides of the Dutch oven allow for the even distribution of heat during the cooking process.  The Dutch oven can be used on an open fire as a camping pot.  The cast iron used to make the pot enables it to stand in hot coals and even have coals put on the lid to create an oven type of heat on a campfire.  Dutch ovens were used by cowboys along their riding trail and found in cowboy camps as early as the 1800’s.  The Dutch oven was the inspiration behind the crock-pot.  It is  an electrical version of the Dutch oven used for slow cooking. The glazed surface of the Dutch oven makes it suitable for marinading and using both wine or vinegar for the marinade.

What is the value of a Dutch oven?

Differences between stockpot and Dutch oven

Design of stockpot and Dutch oven

One of the essential differences between the two pots is the materials used.  The stock pot is made from aluminum and the Dutch oven from cast iron.  The stock pot is a tall, sometimes square pot with a loose fitting lid and the Dutch oven is oval or round with sloping sides and a heavy tight fitting oven.  The dutch oven is designed to be more presentable on the table if necessary, but can also go rough and ready round the campfire.

The stock pot is primarily designed for making large quantities of stock for soups or sauces.  It can also be used for cooking pasta as it is capable of maintaining a ‘rolling boil’.  This tall deep pot is ideal for boiling crab or lobster and is even useful as a deep fryer if needed.  The Dutch oven is the slow cooker and works well to make tender stews.  However, a Dutch oven is able to boil, fry, braise and seer.  It can be turned into a steamer and will even fit in the fridge to cool down. The Dutch oven is a great ‘one pot’ meal cooker.

There are many recipes to be found using these special pots.  The stock pot is more likely to be used to create the stock for the recipe that follows ready to be cooked in the Dutch oven.  The stock pot is the ideal creator of sauces and holds in concentrated flavor using the reduction of water and the resulting stock.  Many recipes call for stock and therefore a stock pot is a useful addition to the kitchen utensils.  The Dutch oven is in a class of its own when it comes to recipes.  The variety of slow cooked dishes and breads to be made in the Dutch oven is impressive.  The added advantage of using cheap cuts of meat and adding vegetables to the dish enables the cook to produce a ‘one pot meal’.

Restaurants and catering organizations would value the large quantities produced by a stock pot.  The Dutch oven lends itself more to domestic use and entertaining at home. 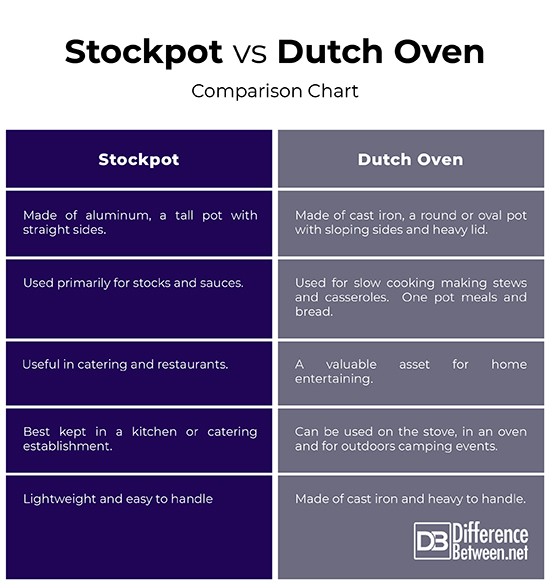