Difference Between XT and XTR 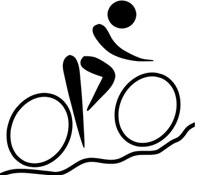 Are you fond of bikes? If you happen to be one of those off road fanatics then it is presumed that you like riding bikes. However, if you take biking to the next level you would stumble upon lots of intricate details that need to be considered in your bike. Particularly in racing, the rider needs to pay attention to the different components used in the bike. Is it durable, does it perform well on the track? How much does it cost? Depending on the class of the components used, the bikes will tend to be more or less different.

Bikes have lots of components bundled with them. Without these essential components, your bike will not travel smoothly. Brakes, cranks, shifters and derailleurs are just some of them. These components have two major classes known to bikers nowadays. These are the XT and the XTR class. Nevertheless, one of the key differences that is immediately seen is the price. The latter is definitely more expensive than the XT. Perhaps it’s because of the additional ‘R’ in the term, or probably not.

Well, they may be expensive because of the following reasons. The XTR brakes are said to be better, as what most bikers claim. They seem to give more stopping power compared to the XT version. The only downside however is, you got it ‘“ the pricey cost. In terms of the shifters and derailleur at the rear, the XTR class is said to be a lot smoother than the XT. This will truly be advantageous for the biker since it will already require little or less energy to do the shifted action. The cranks too, in the XTR series, are said to be stronger.

Some bikers also have a hard time telling the difference between the two component classes. Those who currently ride using the XT say that they don’t find any issues with their bike even if they are already using such for 3 years then shift to the XTR. However, some other bikers experience a decrease in overall performance when they use XT after being accustomed to XTR for a while. This just serves as evidence that the XTR is indeed better in performance although you might want to check your budget first before opting for the XTR series.

In summary, the XTR and XT components differ in various ways:

1. XTR components are generally more expensive than the XT class.

2. XTR breaks are relatively better in terms of stopping power than the XT.

3. XTR rear derailleur and shifters are smoother than its XT counterparts.

4. XTR cranks are said to be forged with stronger aluminum than XT.