Difference Between Blackberry Curve and Pearl 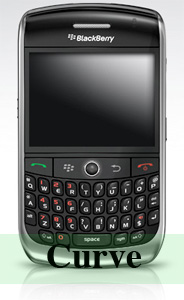 When it comes to smart phones, one line of mobile phone is really ahead of the game. The Blackberry line of phones by RIM has revolutionized the way people perceive smart phones. So what will one expect from Blackberry? Is it only the WiFi, the GPS, the email connectivity or the full keyboard functionality? Nevertheless, newer models of this phone brand are setting the benchmark for its competitors. Two of these are the Curve and the Pearl.

The Curve and the Pearl are two high-end mobile devices from Blackberry. They somewhat have similar features but differ in several key areas. But one would expect a better experience with the Blackberry Curve because it is a newer model compared to the Pearl. The latter was only released for sale on the third quarter of 2006. It is actually the pioneer Blackberry phone for both camera and media playing software. Starting the year 2007, Blackberry has already launched (in order of release) three different models of the Blackberry curve namely: the 8300, 8900 and 8500.

So how does the Curve series’ physical attributes compare with the earlier Pearl series? Although they have relatively the same thickness, the newer Curve smart phones are actually heavier than the Pearl about 0.7 oz more. In terms of typing a word using the phone’s keyboard and making the unit instantly ‘guess’ what you are typing for a quicker encoding response, the Curve is more reliable than the Pearl. With a seemingly wider keyboard (full-sized), the Curve is a better choice for SMS messaging, texting comfort, and mobile encoding of data. The Pearl series only comes with a QWERTY keyboard interface. The screen is also better for the Curve models because it is bigger and wider. With a 2.5 inch screen that displays a 320 by 240 pixel screen image, the Curve dwarfs the Pearl’s 2.25 inch (diagonal) 240 by 260 pixel screen.

Other features that are way advanced in the Blackberry Curve include a savvy 2 megapixel camera with built-in flash to capture great images in rooms with poor lighting. Capturing portrait images has never been this convenient for the Blackberry phone. This is really a step higher compared to Pearl’s first models that only comes with a 1.33 megapixel cam. The Curve series also boasts of a superb media playing application by Roxio. It is said that this series can support more media types than its earlier predecessors.

1. The Curve is a newer line of smart phone from Blackberry compared to the Pearl.

2. The Curve is a little heavier than the Pearl.

3. The Curve has a better full-sized keyboard or alphanumeric pads than the Pearl.

4. The Curve has a bigger screen in terms of diagonal measure and pixels than the Pearl.

5. The Curve has a 2 megapixel camera compared to Pearl’s earliest models, which only has a 1.33 MP cam. The Curve is also said to recognize more media formats.